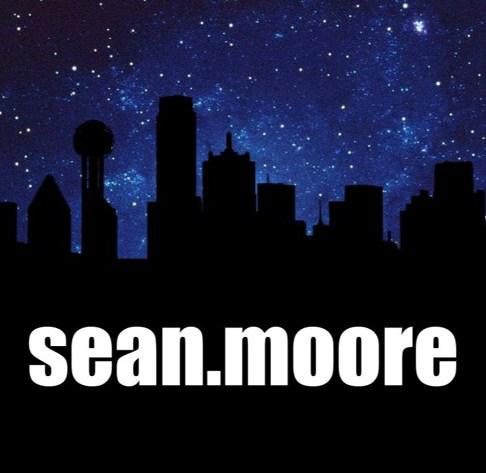 The word “music” gives a very positive and energetic vibes. Music has become a way of life and especially to combat with the stress in our daily lives, listening to music of one’s choice is an inexpensive panacea. With the advent of new media, multi-genre music genres have attained mass popularity. SoundCloud site is the hub where music enthusiast can get different music tracks according to their choice. It is undoubtedly a pioneering social platform for aspiring artists to share their compositions amongst fans. Dance and music are co-related and especially there are few genres that are fully dedicated to dance music. One of the mainstream genre is Electronic dance Music, the most trending style which is intended for creating an ambience for dancing in clubs, pubs, or even house parties. It can be characterized by several features one of the common being the repetitive beats and use of some specific instruments and of course machines. A new artist in SoundCloud who is steadily increasing his fan following is Sean Moore. Having origins in Texas, he is well versed with dance music, as Texas is one of the party hubs in United States. Other than being technically sound in composing EDM tracks, he also masters over other styles like dub step and alternative rocks. His versatility is proved with his tracks like “#blackboiwhiteboiswag”, an alternative rock track where he teams up with Lil Fleem and is perfectly blended with punk-rock elements. While his EDM tracks like “Star Ship”, “spit Fire”, and “Tribute” are exceptional with the bouncy beats and the captivating music created with synthesizers, drum machines and samplers. Another track “M.M.R.G.C” is the first dub step track from his album Series. Music enthusiasts who are looking for some prolific and energizing tracks to party all night, headover to SoundCloud and get into the music gallery of Sean Moore. For more song visit our link : https://soundcloud.com/theseanmoore/We at Music Promotion Club have helped various artists, musicians, lyricists and many others with Soundcloud Promotion.Music Promotion Club India West Bengal Kolkata- 700040 5/10 A Netaji Nagar info@musicpromotion.club

09-08-2018 | Leisure, Entertainment, Miscel …
Music Promotion Club
Promote Soundcloud Tracks to Earn Recognition Globally
Soundcloud is one of the most renounced audio sharing apps. It enables the user to upload, record, endorse and share their originally-created music. There are around 175 millions of listeners and the content creator upload about the 12hours worth of audio every minute. This site is user-friendly and it is very easy to use. It is the best platform where you will get potential fan followers. You can buy promotion
11-03-2017 | Leisure, Entertainment, Miscel …
Music Promotion Club
Vandybeatz Produces Some Enigmatic Songs On SoundCloud
If you want to witness some new kind of hip hop music you must hear the songs by VandyBeatZ. He always desired to make unique music and become popular. His dream has come true and people love to listen to him. He has released some elegant and contemporary music on the site Soundcloud. He has struggled with many odds in life and tried to include these things in his music.
10-10-2017 | Leisure, Entertainment, Miscel …
Music Promotion Club
Dr. Buzzworm Continues Buzzing Audiences on SoundCloud
Music has all the ingredients to fit in with one’s particular mood. There are multiple genres of music for different kinds of mood. Soundcloud is loaded with all the existing genres of music sung by different artists. And, when we are talking about multi-genre music, skipping Robert Tapert aka Dr. Buzzworm’s name will definitely be an injustice to the music lovers. Dr. Buzzworm sings the songs to groove, to heighten
05-04-2017 | Leisure, Entertainment, Miscel …
Music Promotion Club
Rozay’s “Stars” Receiving Good Traffic in Soundcloud
Dance music has been popular in music industry since 1950s. A couple of vocalists in soundcloud have begun releasing dance music melding with EDM. Well, Rozay is one of the artists who like creating tunes in dance and EDM genre. She is a Chinese vocalist who wishes to gain high appreciation amongst the thousands in soundcloud. "Stars" is her new single that is accepting great measure of plays count. This
04-27-2017 | Leisure, Entertainment, Miscel …
Music Promotion Club
Relax with August Melodious Tracks in SoundCloud
Music is best way to relax. In our fast life, nothing can serve better but soothing tracks. Since ages music has been an inseparable hobby for most of us and it is something which is rarely criticized. The influence of music in its different styles and genres has grown more with the digital empowerment especially different music streaming sites. One of its kinds, SoundCloud can be regarded as the top-notch
04-19-2017 | Leisure, Entertainment, Miscel …
Music Promotion Club
TheWubWubkid Drops Magnificent EDM Tracks in Soundcloud
Electronic Dance Music has attained mass popularity in the recent years but its origin dates back to probably during the advent of the first drum machines. There are different classic EDM tracks that are still the trend setters but with the advent of new technologies, EDM composers get the gamut of opportunities to make and mix their tracks to create the best. One noteworthy fact about EDM genre is that
Comments about openPR
We publish our press releases on openPR.de because we like people who are "open" - just like us.
Frank Obels, CEO, INCONET - Informationssysteme, Communication und Netzwerkberatung GmbH