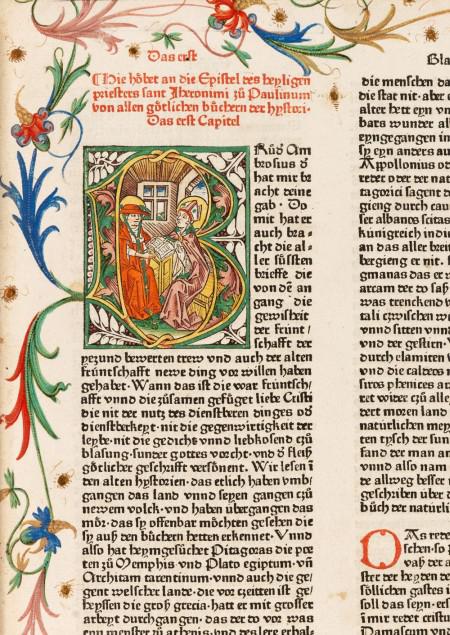 02-05-2019 | IT, New Media & Software
Archiware GmbH
Archiware delivers professional Archive and Backup for 1,000 EUR
Archiware GmbH, manufacturer of the media-focussed data management software suite Archiware P5, now offers the new, affordable P5 Desktop Edition. The new license bundle caters to small teams and single users willing to professionally archive their media. Director and DOP Anton Nelson showcases what the P5 Desktop Edition can do in a beautiful testimonial. Munich, February 4th, 2019 - Keeping media safe is crucial in media production – be it raw
10-30-2013 | IT, New Media & Software
Onlineprinters GmbH
onlineprinters.com invests more than EUR three million in production
New 8-colour offset printing press expands online print shop's capacity Neustadt an der Aisch, Germany – By investing more than EUR three million, Onlineprinters, the internationally operating online print shop, has expanded the production facilities at its German site. Extra offset printing capacity was added in September with the purchase of a new state-of-the-art 8-colour printing press, the Heidelberger Speedmaster XL 106-8P, including a new CTP system for digital printing plate
07-17-2012 | Health & Medicine
Otto Bock HealthCare GmbH
EUR 155,000 for Safe Zones Project
Eichsfeld Festival Attracts 25,000 Music Fans to Downtown Duderstadt "Tonight is going to rock!" It was with these words that initiators Professor Hans Georg Näder and Peter Maffay opened the 2012 Eichsfeld Festival this past Saturday. Around 25,000 music fans followed the invitation to experience top-class live performances in the Marktstraße of Duderstadt that day. Peter Maffay, Ich + Ich and four regional special guests did more than just wow the
01-18-2012 | Business, Economy, Finances, B …
Clariant International Ltd
Clariant successfully issues EUR 500 million Eurobond
Muttenz, January 17, 2012 – Today, Clariant successfully priced an Eurobond transaction of EUR 500 million with a tenor of 5 years, issued by Clariant Finance (Luxembourg) S.A. and guaranteed by Clariant Ltd. The fixed rate notes with a minimum denomination of EUR 100,000 and a final coupon of 5 ⅝ % p.a. are maturing on January 24, 2017. The orderbook was significantly oversubscribed on the back of strong investor demand.
12-10-2011 | IT, New Media & Software
VSHosting
VSCloud – cloud services from 0.78 EUR per day
On 15th of August, at a press conference, the unique cloud project named VSCloud was presented which provides cloud services of IaaS (Infrastructure as a Service) type. After three months, VSCloud can boast with hundreds of active users mainly from the Czech Republic and Slovakia. The leadership of VSCloud foresees that the number of first thousand active users will be surpassed by the end of this year. What are the advantages
02-08-2008 | Energy & Environment
Continuing Education Center der TU Wien
“Die Presse” Scholarship in the amount of EUR 15000
MSc Program Environmental Technology and International Affairs The shortage of environmental resources and the dealing with pollution are challenges which the international society of the 21st century has to face. Climate change, water shortage and air pollution are only some of the problems which have to be solved. The purpose of a sustainable development can be reached only if decision makers dispose of a comprehensive education. The cooperation between the Vienna University
Comments about openPR
9 o'clock: discuss press release with client, 10 o'clock: submit release to openPR, within the briefest possible time release is published and displayed in a prominent place on openPR.de. I am thrilled!
Zehra Spindler, Calypso Now! - Communication Agency