Imperato Speaks Out About WMD and Supposed Bush Lies 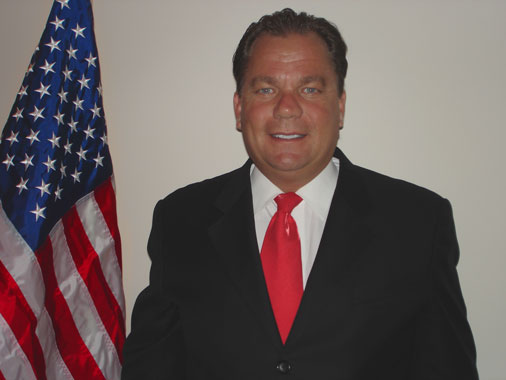 November 14, 2005 – West Palm Beach, FL - Tonight Daniel Imperato spoke out about the recent stream of press regarding whether or not President George W. Bush lied about our intelligence and Iraq possessing Weapons of Mass Destruction (WMDs). “This is an absolute outrage. Our country and our people have no clue as to what has gone on in the Middle East pertaining to this situation,” stated Imperato. Imperato has been turned off by some of the recent rhetoric used by US politicians to taint the integrity of our administration by raising these uninformed questions. “Furthermore, some of the United States Senators and politicians are stretching the facts so much, they remind me of Gumby. Our President Bush obviously had a mission to accomplish left by his dad, but please don’t mistake this child’s endeavors as lies. The fact remains that the people in the Middle East that are my friends all know that Saddam Hussein housed Weapons of Mass Destruction and had plans to use them,” said Imperato. What the American people have failed to realize, according to Imperato, was that the weapons were there but the intelligence made it to the attention of our president and the global community far too late. Imperato went on to state that “unfortunately, our intelligence didn’t make it to our leaders in real time. The information went through channels and showed up late. Make no mistake about it, Saddam Hussein had the weapons and moved them out faster than we moved in.” About Daniel Imperato Daniel was born and raised in Boston, Mass (1958), and began his business career in 1977 transforming the manufacturing facilities in Israel through adapting them to the global marketplace along with bringing financing to the factories for global expansion. He also operated a trading company in Singapore and owned a manufacturing company in Belgium. Daniel brings over thirty years of experience in global business planning and development and has personal relationships at high levels around the world. Daniel has consulted for Fortune 500 corporations, with a mix of product lines, consisting of telecommunications products and services, telecommunications equipment including v-sat terminals and handheld mobile satellite telephones, along with passport and identification cards services and secure documents for foreign governments around the world. He is currently a Papal Knight with honors from the Vatican, and a board member for the African Center Foundation, a United Nations NGO. Daniel has been a resident of West Palm Beach, Fl for over 10 years, and has devoted his time towards many worthwhile causes including our youth, and HIV/AIDS. He has unique value, explosive energy and the ability to achieve what most others cannot. Daniel is also a dedicated businessperson with morals and values that are based on trust and integrity. Presently, he has organized a Presidential Exploratory Committee in order to gauge support for a possible run at the White House in 2008. ***This Release was approved by Imperato For President 2008, the Official Presidential Exploratory Committee for Daniel Imperato.*** For Media Inquiries Contact: Imperato for President 2008 Exploratory Committee Press Department 561-305-0519 imperato2008@usa.com www.daniel2008.com

11-29-2018 | Business, Economy, Finances, B …
EightCap
Daniel Ricciardo becomes EightCap Official Ambassador
Australian F1® driver Daniel Ricciardo has joined forces with Forex & CFD Broker EightCap. Daniel has joined one of Australia’s fastest growing online trading companies as the official brand ambassador. “Getting to know the team at EightCap and their business made the decision a really comfortable one for me. EightCap is ambitious and just as passionate about the financial markets as I am about my career.” “Striving to be the
09-11-2012 | Politics, Law & Society
Jackson Walker L.L.P.
Jackson Walker Welcomes Daniel Nossa
Daniel Nossa joins the Energy practice and the Derivatives group in the Houston office at Jackson Walker. Mr. Nossa represents issuers, underwriters, and derivative counterparties on an array of derivative and structured finance products. He provides regulatory advice to derivative dealers and end users in the energy industry. Mr. Nossa advises numerous private and public companies in negotiating the transaction and credit support documentation related to credit, commodity, equity, and
11-24-2010 | Health & Medicine
Team Daniel Foundation
Team Daniel Foundation Debuts Revamped Magazine
Fayetteville, NC (November 23, 2010)—Team Daniel Foundation, an organization dedicated to supporting North Carolinians with developmental disabilities, has rejuvenated its quarterly magazine, EMPOWERED.The only publication in the state written specifically for the developmental disabilities community, EMPOWERED tailors its content to inform, educate and be a resource for families and individuals with developmental disabilities. The new EMPOWERED magazine is designed with a more functional and appealing layout, including new sections and powerful
10-08-2007 | Politics, Law & Society
i1connect
Daniel Imperato on Normalizing Relations with Cuba
Washington DC (i1Connect News) – Daniel Imperato revisited a campaign promise today, to open communications and improve relations with Cuba. As the leading Independent candidate for President, Imperato – who has extensive world business and strategic experience – repeated his 2005 prediction that if the United States didn't take action with Cuba, someone else will. Back in June of 2007, Imperato called for an immediate meeting with Fidel Castro, once
07-06-2006 | Politics, Law & Society
Imperiali Organization
Daniel Imperato Launches 2008 Independent Presidential Campaign
Boca Raton, Florida -- Today, West Palm Beach, Florida businessman, Daniel Imperato officially launched his Independent candidacy for President in 2008, at the Boca Raton Resort and Club. With Vice-Presidential running mate, Webster Brooks of West Hartford, Connecticut by his side, Imperato said "It's time for Americans who are fed up with the incompetence and partisan warfare between Democrats and Republicans to create a political movement that
06-01-2006 | Politics, Law & Society
US Politics World
Daniel Imperato Seen With Italian Senator Moschetti
Rome, Italy, - May 31, 2006 - Today Daniel Imperato (www.imperatobrooks.com) was seen at the St. Regis Hotel with the Senator of Rome, Giorgio Moschetti. Senator Moschetti, who is one of the most influential senators in all of Italy, will be a key alliance for Imperato in Italy. In addition, with Imperato’s strong Catholic ties, and alliances in Rome (Imperato is also a Papal Knight, with honors from the Vatican), he could
Comments about openPR
We publish our press releases on openPR.de because we like people who are "open" - just like us.
Frank Obels, CEO, INCONET - Informationssysteme, Communication und Netzwerkberatung GmbH