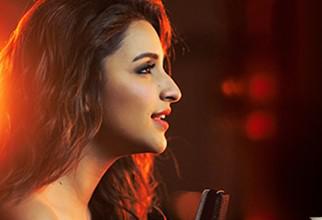 Today's B-town actresses are multi-talented and they don't let go any chance to showcase their talent. After Alia Bhatt, Priyanka Chopra, Sonakshi Sinha and Shraddha Kapoor now Parineeti Chopra has joined the bandwagon.Pari made her singing debut with the song 'Maana Ke Hum Yaar Nahin' from her upcoming film 'Meri Pyaari Bindu.' She shared the song on her Twitter handle by tweeting, "My first attempt at singing! What do you think? #MaanaKeHumYaarNahin OUT NOW@MeriPyaariBindu https://goo.gl/dTbKEo." The song features Parineeti Chopra crooning the song in a recording room. It is a gentle, ear-pleasing number and Parineeti has given full justice to it. Her voice is magical and soothing. The lyrics of the song unfolds the journey of love. We can also see Parineeti in her most casual looks enjoying a cup of tea while lying on a bed. The lyrics of the song are written by Kausar Munir and the music is given by Sachin-Jigar. Parineeti is a trained classical singer herself and her voice is the only thing which steals the limelight.'Meri Pyaari Bindu' also stars Ayushmann Khurrana in the lead and is produced by Maneesh Sharma and Aditya Chopra. Watch the song here.FRIDAYMOVIEZ.COM is a chic movie portal bringing you the best of Bollywood and Hollywood in terms of the up-to-the-minute news, movie reviews and trailers, celebrity images, videos and profiles, exclusive inside information comprising original features, live event coverage, red carpet events, comprehensive archives and more.#G-1, New Udyog Mandir 2 Moghul Lane, Mahim (W) Mumbai 400016 India