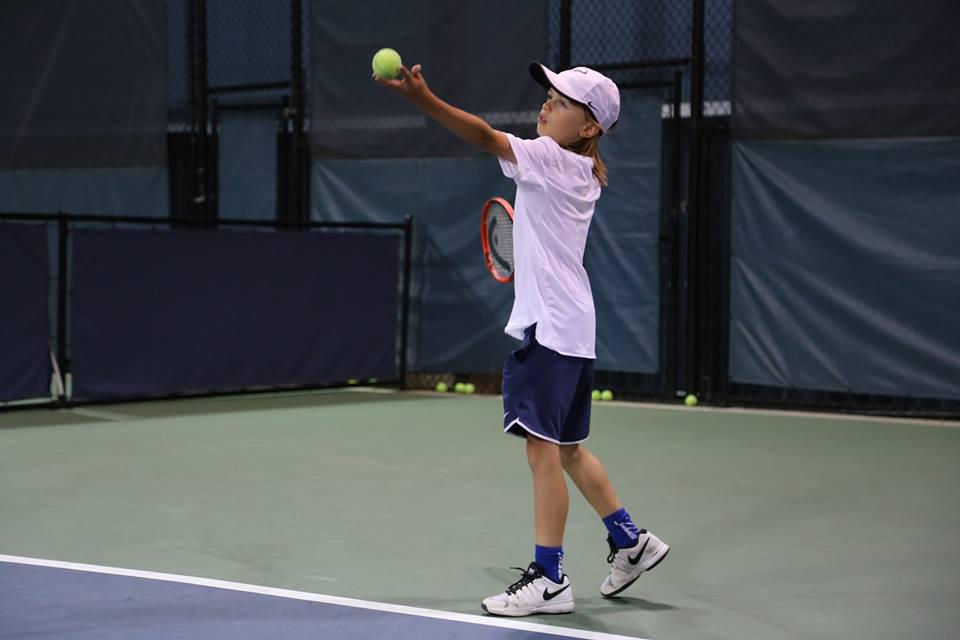 For the seventh consecutive year, young hopefuls from across the tri-state area will be out in force at SPORTIME Randall's Island, the John McEnroe Tennis Academy’s (JMTA) flagship location, on Saturday and Sunday, April 8-9, as SPORTIME and JMTA coaches seek to discover untapped tennis and athletic talent. The goal of both the Tryout and the Athletic Scouting Combine is to award full or partial scholarships to SPORTIME and JMTA programs at SPORTIME Randall’s Island, starting in fall 2017. The event is a joint initiative of SPORTIME/JMTA and the Johnny Mac Tennis Project (JMTP). A 501(c)(3) charity, JMTP changes young lives by removing the economic and social barriers to success through tennis. Offering free tennis programs and scholarships to under-resourced kids and dedicated athletes from the NY Metropolitan area, JMTP provides a pathway to success through competitive tennis, often leading to college scholarships, careers in the industry and, for a few, professional tennis careers.Open only to players with tennis experience, ages 6-16, the Tryout will take place on Saturday, April 8 from 5:15 PM – 9:00 PM, with check-in at 5:00 PM. Participants will be evaluated by a Selection Committee, consisting of SPORTIME/JMTA directors, coaches and leaders, including Lawrence Kleger, JMTA Co-Director, and Patrick McEnroe, who recently joined JMTA as Lawrence’s Co-Director. The Tryout will include tennis and athletic drills and point/match play.“The tryout and combine have become ‘can’t-miss’ events for aspiring young tennis players and athletes at various skill levels," said JMTA Co-Director Lawrence Kleger. “It’s part of our mission to make tennis available to any talented player, regardless of financial means. We’re looking forward to a great weekend and an opportunity to meet new talented athletes.”The Athletic Scouting Combine is open to kids, ages 5-10, with little or no tennis experience, who currently excel in other sports and/or who demonstrate an above-average athletic skill set. The Combine will be held from 2 – 4:30 PM on Sunday, April 9. The Combine is publicized throughout SPORTIME Randall’s Island’s neighboring communities, including East Harlem and the South Bronx. Children who have participated in the JMTP’s school and community-based programming are encouraged to attend. Participants will engage in a variety of physical tests and games, designed by SPORTIME/JMTA coaches, to assess objective, measurable capacities such as speed, strength, agility and hand-eye coordination. Other attributes such as attitude, concentration, energy and competitive spirit will be considered in the awarding of scholarships.Scholarship winners for both the Tryout and the Athletic Scouting Combine will be notified at a later date. SPORTIME Randall's Island is located at One Randall’s Island, in Randall’s Island Park, Manhattan. For more information, parents of interested players/athletes can email JMTAscholarshipnyc@sportimeny.com or visit www.JohnMcEnroeTennisAcademy.com.Proper athletic attire, including footwear, is required. Participants will have access to locker room and shower facilities. Water will be available on court. Cafe will be available on-site. SPORTIME Randall’s Island features a full-service pro shop, as well as professional stringing services. Registrants can visit www.jmta.com/scholarshipnyc for online registration or to print and submit via postal mail, online form or fax.About SPORTIME SPORTIME is proud to operate the finest tennis facilities in New York State, with over 150 indoor and outdoor courts at 12 clubs across Long Island, in NYC, in Westchester and in the NY Capital Region. SPORTIME's clubs are state-of-the-art, yet affordable, and feature the best tennis facilities and programs, along with great gyms, camps and sports and fitness offerings. SPORTIME is proud to be the home of the John McEnroe Tennis Academy at Randall’s Island since 2010, with JMTA locations at Syosset/Bethpage, Long Island, and Lake Isle, Eastchester, since 2012, and at Amagansett, Long Island, since 2015.1 Randall's Island New York, NY 10035