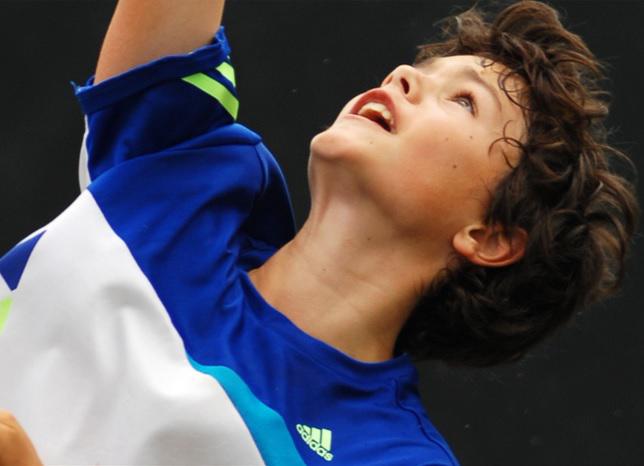 For junior players ages 9-18 who are serious about the sport of tennis, SPORTIME Amagansett, located in the Town of East Hampton, today announced that it is now the Hamptons’ summer home of the John McEnroe Tennis Academy, and will offer the Academy’s Summer Tennis Training Camp for 11 weeks this summer. Specifically designed for players competing in or striving to compete in USTA Sectional, USTA National and ITF tournaments, and for those interested in playing high-school tennis, college tennis and beyond, the Amagansett JMTA Camp will be held Mondays through Fridays, from 10am to 4pm, June 20 through September 2.The JMTA Training Camp curriculum features a combination of drills, technical coaching, match play, off-court athletic and cross-training, and mental toughness training, specifically tailored to the ages and levels of each JMTA player group."The JMTA Summer Camp encompasses all of the components that help students reach their potential in tennis," said Nate Emge, Associate Director of JMTA NYC at Randall’s Island and Director of Amagansett’s JMTA Tennis Training Camp. "I am very excited to be bringing JMTA to the Hamptons, so that we can keep our year-round JMTA “Train 52” commitment to our dedicated players who spend their summers out east and also meet some new great JMTA players in Amagansett. JMTA training is about making complete players, and athletic performance and mental toughness are just as important as technical proficiency and tactical know-how. At our JMTA Summer Tennis Training camps, we do it all!”Alongside Emge leading JMTA’s Hamptons outpost will be JMTA NYC coach and Amagansett Head Pro Kiril Tcherveniachiki and JMTA Randall’s Island and Amagansett Touring Pro and Assistant GM, former World No. 87, Hana Sromova."Our coaching approach is positive, encouraging and motivating, as we believe this approach produces the best short-term and long-term results and maximizes players’ enjoyment of the sport," added Emge. "Self-confidence is absolutely essential to developing a successful competitive player in an individual sport." Interested students can learn more and sign up at www.SportimeCamps.com/JMTA-AM. Please contact SPORTIME Amagansett, located at 320 Abrahams Path, at 631-267-3460 or email amagansett@sportimeny.com with any questions.About SPORTIME SPORTIME is proud to operate the finest tennis facilities in New York State, with over 150 indoor and outdoor courts at 13 clubs across Long Island, in NYC, in Westchester and in the NY Capital Region. SPORTIME's clubs are state-of-the-art, yet affordable, and feature the best tennis facilities and programs, along with great gyms, camps and sports and fitness offerings. SPORTIME is proud to be the home of the John McEnroe Tennis Academy at Randall’s Island since 2010, with JMTA locations at Syosset/Bethpage, Long Island, and Lake Isle, Eastchester, since 2012.About SPORTIME Amagansett Located in the Town of East Hampton in the heart of the Hamptons, and open May to November, SPORTIME Amagansett offers 33 outdoor Har-Tru tennis courts, 1 deco-turf tennis and multi-sport court, a 1,500 square-foot heated outdoor swimming pool, a mini-basketball court and playground, 3 natural turf sports fields, 2 clubhouses and a camp house, a tennis pro shop and a cafe. Members enjoy our expert game-arranging service, private or group tennis instruction and clinics, and a range of tennis and social events. SPORTIME Amagansett's busy summer camp programs challenge campers' abilities, while enhancing their self-esteem and providing positive social interactions, utilizing the finest and safest facilities in the Hamptons.About The John McEnroe Tennis Academy In September 2010, tennis legend John McEnroe and SPORTIME partnered to launch the John McEnroe Tennis Academy in John’s hometown of New York City, at the SPORTIME’s flagship Randall's Island Tennis Center in Manhattan. In September 2012, JMTA expanded its geographic reach to SPORTIME locations in Westchester and on Long Island: SPORTIME Lake Isle, an 8-court, state-of-the art, year-round facility in Eastchester, New York in lower Westchester; and SPORTIME Syosset in central Long Island, an 11-court indoor facility, that has long served as SPORTIME's high performance training center on Long Island. John's passion and belief is that great players can be developed in urban settings, while still having the opportunity to live at home, pursue their educational goals, and participate in a variety of sports and extracurricular activities. The Academy works to recruit the most talented and the most highly motivated young athletes in the New York Metropolitan area and beyond. Inspired by the vision and daily presence of Johnny Mac and under the guidance of JMTA Managing Director, Bennett Schlansky, JMTA Tennis Director, Lawrence Kleger, JMTA Performance Director, Richard-John Mensing, Jr., and JMTA Director of Mental Performance and Toughness, Dr. Dom Lausic, as well as JMTA Westchester Director, Fritz Buehning and JMTA Long Island Director, Mike Kossoff, and with a world-class staff of tennis, athletic training and performance directors and coaches, JMTA delivers a complete training program designed to assure the best possible outcome for serious players; whether for junior tournament players, future and current collegiate stars, or for those seeking to play on, or currently playing on the ATP, WTA and ITF tours.320 Abrahams Path Amagansett NY 11930