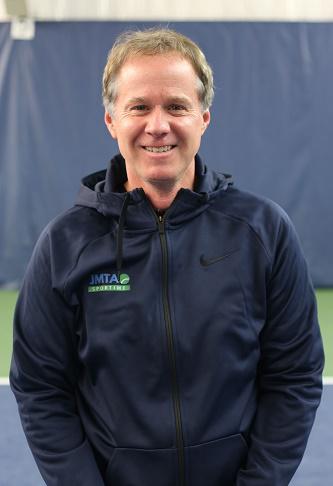 SPORTIME and The John McEnroe Tennis Academy (JMTA) today announced the appointment of Patrick McEnroe as Co-Director, alongside longtime JMTA Director Lawrence Kleger. McEnroe, the younger brother of JMTA founder John McEnroe, joins a team, led by SPORTIME Managing Director Bennett Schlansky. A world-class staff of directors, coaches, trainers and others support John’s and the Academy’s mission to stimulate interest in tennis in the greater NYC area, to make tennis accessible to New York area youth and to use tennis as pathway of opportunity, helping young players to reach there potentials as players, students and people.“I am very pleased that my brother Patrick has decided to join us at JMTA, as we continue to refine our model and expand our impact,” John McEnroe said. “There probably isn’t anybody that understands American tennis and New York tennis better than Patrick and nobody in the world that has better or more experience coaching talent at the highest levels of the game. Patrick is going to help us make a difference.”“My brother John, Lawrence Kleger and the entire team at JMTA have set a new standard in New York with the quality and breadth of what they offer, and with their charitable efforts for young players of both genders and all backgrounds,” Patrick McEnroe said. “I am looking forward to bringing my lifetime of learning, as a player, coach and program manager, to my new role. I think that JMTA is just getting started and that my involvement can be a great addition. I am excited to work on my brother’s team!”Ben Schlansky explains, “The opportunity to add Patrick to the Sportime/JMTA team was unexpected and, frankly, a “no brainer”. Our CEO, Claude Okin, has known Patrick for almost 20 years, and we have all watched Patrick’s evolution from touring pro, to Davis Cup Captain, to GM of USTA Player Development, and more, plus some folks forget that he won a Grand Slam. And now he is a tennis dad, so he has added that perspective. Patrick’s contribution should be amazing for Sportime and JMTA, and Claude and I are so excited to have him on our team.”This sentiment was echoed by Patrick’s JMTA Co-Director, Lawrence Kleger, who said, “I am very excited to have Patrick join our JMTA team. I have known Patrick since he was a kid and have always liked and respected him. I look forward to working side by side with him. Without question, Patrick will help us take the Academy to the next level.”Patrick McEnroe won one singles title and 16 doubles titles, including the 1989 French Open Men's Doubles title, during his 10-year professional career, and achieved career-high rankings of World No. 28 in singles and World No. 3 in doubles. After retiring from the tour in 1998, Patrick had a successful run as U.S. Davis Cup captain, winning the cup in 2007. After leaving his Davis Cup role in 2010, McEnroe focused on his television commentary work, and also led the player development charge for the USTA until 2014. McEnroe is a life-long New Yorker, where he lives with his wife, Broadway star and actress Melissa Errico and their three daughters. McEnroe will impact a variety of areas in his position with SPORTIME and JMTA, including curriculum, corporate engagement, and fundraising for scholarship and community-based programs, as well as coach and staff recruitment and training, calling on his many years of working with and managing other great coaches, and learning from them.SPORTIME is proud to operate the finest tennis facilities in New York State, with over 150 indoor and outdoor courts at 12 clubs across Long Island, in NYC, in Westchester and in the NY Capital Region. SPORTIME's clubs are state-of-the-art, yet affordable, and feature the best tennis facilities and programs, along with great gyms, camps and sports and fitness offerings. SPORTIME is proud to be the home of the John McEnroe Tennis Academy at Randall’s Island since 2010, with JMTA Annexes at Syosset/Bethpage, Long Island, and Lake Isle, Eastchester, since 2012.John McEnroe Tennis Academy 1 Randalls Island New York, NY 10035

You can edit or delete your press release Patrick McEnroe To Join SPORTIME, John McEnroe Tennis Academy, As Co-Director here

02-05-2019 | Industry, Real Estate & Constr …
Patrick Parsons
Patrick Parsons appoints new Director to drive forward rail offering
Engineering consultancy Patrick Parsons has strengthened its management team with the appointment of a new Rail Director. Sen Jay Dookayka has joined the firm’s Twickenham office to bolster its expertise within the rail sector. In his new role, Sen Jay will lead the southern region and help grow the rail sector within Patrick Parsons by providing solutions aimed at improving the dependability of the railways. With over 15 years’ experience, Sen Jay has
09-13-2017 | Business, Economy, Finances, B …
Market Development
Milk Fiber Market 2017 - Swicofil, GEA, Patrick Yarns, Shanghai zhengjia
Apex Research, recently published a detailed market research study focused on the "Milk Fiber Market" across the global, regional and country level. The report provides 360° analysis of "Milk Fiber Market" from view of manufacturers, regions, product types and end industries. The research report analyses and provides the historical data along with current performance of the global Milk Fiber industry, and estimates the future trend of Milk Fiber market on
03-27-2017 | Associations & Organizations
National Gift Card Corp.
Patrick Doczi Now Oversees North American Operations for NGC
Patrick Doczi, a four-year veteran of National Gift Card (NGC), has been named the company’s new Director of North American Operations, a role he sees as being essential to the ongoing development of a highly-focused customer service team. Doczi, who most recently served as the Supervisor of the Activations Department at NGC, says helping all employees embrace a "can do" attitude is what continues to excite him. "It’s fun to see everyone,
07-18-2016 | IT, New Media & Software
tts GmbH
Patrick Dunlap is leading tts North America
tts, market and innovation leader for digital learning and performance support technology has appointed Patrick Dunlap as SVP, Business Development - North America. Dunlap brings over 25 years of experience with Learning Tools, Electronic Performance Support Systems (EPSS) as well as Enterprise Software sales and global alliances. In his last appointment, Dunlap was responsible for Global Sales and Alliances at ANCILE Solutions, Inc. Hermann Ude, Managing Partner of tts welcomed Patrick
01-11-2012 | Business, Economy, Finances, B …
Capriotti's
Capriotti’s Names Patrick Walls President
LAS VEGAS (January 10, 2011) – The leader in fresh and innovative sandwiches, Capriotti’s, announced the appointment of Patrick Walls to President of the company. Walls previously served as Chief Operating Officer for over two years with the company. Walls will be responsible for implementing and executing the strategy developed by the CEO and the Board of Directors as well as ensuring the company and each of its departments achieve
10-12-2011 | Business, Economy, Finances, B …
Quest CE
Quest CE Promotes Patrick Torhorst to Chief Information Officer
Quest CE, premier provider of insurance continuing education and FINRA firm element training and tracking, is pleased to announce the promotion of Patrick Torhorst to Chief Information Officer. In his new role, Torhorst will continue to oversee the information technology department implementing new strategies to increase productivity, analyzing technology trends and IT tools tailored to the needs and requirements of the financial and insurance industries, as well as keeping internal
Comments about openPR
OpenPR ist the nicest and most clearly laid out PR platform I have seen to this day. The press releases are displayed very nicely and clearly and without any unnecessary frills. The updates are fast and the finished release looks appealing and is clearly legible. Even with 16 years of experience one discovers new things from time to time. Congratulations!
Gabriele Ketterl, Director Marketing & PR, Menads