The track “Dam You2?” by Dem Negus is buzzing in SoundCloud 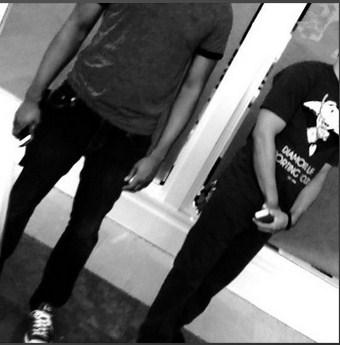 Hip hop culture has always loomed vibrant than other genres in the music mythology because of many reasons, from the culture it has spread to the inspiration it has given to the youths of today. Rapping is the one f the strongest ingredient which makes hip hop music spicier. It has evolved as a national genre in the United States, popularized by the African American but today it is not confined to any race, gender or nationality. Many of hip hop tracks well known artists today hail from different corner of the map. Their music has got the best stage SoundCloud, which has taken hip hop to the encompassing masses across the globe. A new name which is adding more blitz and glamour to hip hop and rap genre is Dem Negus. The track “Damn you 2?” is getting the heights of attention in SoundCloud. Hip hop music folks can witness this mesmeric track in SoundCloud.Although a newbie in the hip hop music profession, Negus has managed to gather a handsome amount of craze in the music environment. His tracks are capable to evoke multiple emotions, sometimes crazy, at times grimy, but his charming attitude and rhythmic tunes will make you to replay his tracks again and again. The tracks like “Doors and Bells”, “Mexican” “Wrap It Up”, “Not I”, “Broke Wrapz”, On Jets” and a few more are true examples of new generation hip hop which are classy like the golden age hip hop as well as aggressive as the new trends of hip hop. The track “Dam, you2?” is worth listening because it is tailor made with the exotic elements of humorous lyrics, right attitude powered with witty lyrics and over the top the hypnotic background score. To get engrossed in this bizarre trap song, log onto your SoundCloud profile as and listen without a pause.For more song visit our link : https://soundcloud.com/user-462239862/damn-you-2We at Music Promotion Club have helped various artists, musicians, lyricists and many others with Soundcloud Promotion.Music Promotion Club India West Bengal Kolkata- 700040 5/10 A Netaji Nagar info@musicpromotion.club

You can edit or delete your press release The track “Dam You2?” by Dem Negus is buzzing in SoundCloud here

09-08-2018 | Leisure, Entertainment, Miscel …
Music Promotion Club
Promote Soundcloud Tracks to Earn Recognition Globally
Soundcloud is one of the most renounced audio sharing apps. It enables the user to upload, record, endorse and share their originally-created music. There are around 175 millions of listeners and the content creator upload about the 12hours worth of audio every minute. This site is user-friendly and it is very easy to use. It is the best platform where you will get potential fan followers. You can buy promotion
11-03-2017 | Leisure, Entertainment, Miscel …
Music Promotion Club
Vandybeatz Produces Some Enigmatic Songs On SoundCloud
If you want to witness some new kind of hip hop music you must hear the songs by VandyBeatZ. He always desired to make unique music and become popular. His dream has come true and people love to listen to him. He has released some elegant and contemporary music on the site Soundcloud. He has struggled with many odds in life and tried to include these things in his music.
10-10-2017 | Leisure, Entertainment, Miscel …
Music Promotion Club
Dr. Buzzworm Continues Buzzing Audiences on SoundCloud
Music has all the ingredients to fit in with one’s particular mood. There are multiple genres of music for different kinds of mood. Soundcloud is loaded with all the existing genres of music sung by different artists. And, when we are talking about multi-genre music, skipping Robert Tapert aka Dr. Buzzworm’s name will definitely be an injustice to the music lovers. Dr. Buzzworm sings the songs to groove, to heighten
05-04-2017 | Leisure, Entertainment, Miscel …
Music Promotion Club
Rozay’s “Stars” Receiving Good Traffic in Soundcloud
Dance music has been popular in music industry since 1950s. A couple of vocalists in soundcloud have begun releasing dance music melding with EDM. Well, Rozay is one of the artists who like creating tunes in dance and EDM genre. She is a Chinese vocalist who wishes to gain high appreciation amongst the thousands in soundcloud. "Stars" is her new single that is accepting great measure of plays count. This
04-19-2017 | Leisure, Entertainment, Miscel …
Music Promotion Club
TheWubWubkid Drops Magnificent EDM Tracks in Soundcloud
Electronic Dance Music has attained mass popularity in the recent years but its origin dates back to probably during the advent of the first drum machines. There are different classic EDM tracks that are still the trend setters but with the advent of new technologies, EDM composers get the gamut of opportunities to make and mix their tracks to create the best. One noteworthy fact about EDM genre is that
04-06-2017 | Leisure, Entertainment, Miscel …
Music Promotion Club
Keno Meechie drops exciting tracks in SoundCloud
Hip hop and rap music, over the years branched into different subgenres and today this street style art is no more limited to streets and now performed in gala shows. Moreover the advent of internet has immensely popularized this genre and taken it to every corner of the map. SoundCloud is that pioneering music streaming site which ranks on the frontline when it comes to hip hop and rap music.
Comments about openPR
OpenPR is clearly structured and remains true to its principle of confining itself to the essential parts. OpenPR has proven to be a very good and reliable partner to our media agency: Within the shortest time the releases are online and go down well with the media representatives. The success of OpenPR is reflected in the steadily increasing number of press releases. It is good that OpenPR exists!
Ursula Koslik, Director Marketing & PR, F+W Hamburg