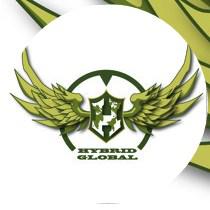 Hip hop, since its genesis gave rise to a whole new culture, from fashion to music, dance and graffiti. It has become an obvious fact that any hip hop singer is equally a fashion representative of the culture and at times even possesses good dancing skills. Today hip hop is a million bucks industry with uncountable artists among which many hap reached to the peak of success, countless of them have sinked and myriad of them is still looking forward for their big launch. The fact That the internet landscape empowered this genre to reach every nook and corner of the planet, but the music streaming site SoundCloud have broadened the scope the art, artists and of course their admirer. Hybrid Global is without a doubt, a one stop solution for all the hip hop lovers who are seeking for breathtaking hip hop tracks. Launched in 2009, the team now consists of the power packs singer-songwriters Ronny Razz, Meezy and Gatzby. From” Gas In Ft” and “Chasin Bread”, and from “How We Get It” to “That Ain’t the Wave”, each of the track symbolize the bizarre essence of hip hop music. The compositions “Weight of the World” and “Cracked the seal” by Thrash Gatzby represent the true essence of contemporary hip hop. His rap style powered with the hard attitude and crazy jamming of instrument gives a whole new level to hip hop and rap music.Hybrid global has become a sought after label since it has made its appearance in SoundCloud. Other than sole depending on creating tracks, it is gradually spreading its wings, specializing on Broadcasting, Promotions, Wholesale-Marketing, Fashion and Media. This dynamo team is not far away from their desired destiny and their dedication and commitment justifies their tagline-“Every City, Every State, Every Country, Isle of Man”. To feel the magic, go to SoundCloud.Don't forget to visit this link for listen to this awesome music of Hybrid Global:https://soundcloud.com/hybrid_globalWe at Music Promotion Club have helped various artists, musicians, lyricists and many others with Soundcloud Promotion. To promote your music and get an entry into the esteemed music industry, soundcloud promotion is very effective. We manually do all the Promotions via our dedicated team and guarantee you to be able to show results after an week of promotion.Music Promotion Club India West Bengal Kolkata- 700040 5/10 A Netaji Nagar

09-17-2021 | IT, New Media & Software
Report Ocean
WHAT IS A Hybrid System Market AND WHY IT MATTERS | Adgero Hybrid Systems, Valeo …
The ‘ Hybrid System market’ research report added by Report Ocean, is an in-depth analysis of the latest developments, market size, status, upcoming technologies, industry drivers, challenges, regulatory policies, with key company profiles and strategies of players. The research study provides market overview; Hybrid System derived key statistics, based on the market status of the manufacturers and is a valuable source of guidance and direction for companies and individuals interested
09-14-2021 | IT, New Media & Software
The Insight Partners
Electric Bus Market Forecast to 2028 - COVID-19 Impact and Global Analysis By Ve …
Electric bus or e-bus is a bus that does not have traditional ICE engine for its propulsion and is completely electric. E-bus is driven by an on-board electric motor that receives the power from on-board batteries or set of batteries. Electric buses are considered as eco-friendly as they do not produces any pollutants are also economical when compared with traditional gasoline/diesel buses. Download PDF Sample Copy @ www.theinsightpartners.com/sample/TIPAT00002413/?utm_source=openpr&utm_medium=10387 Major Players in the
01-22-2019 | Business, Economy, Finances, B …
MarketsandMarkets.com
Hybrid Adhesives & Hybrid Sealants Market worth 7.54 Billion USD by 2022
The report "Hybrid Adhesives & Hybrid Sealants Market by Resin Type (MS Polymer Hybrid, Epoxy-Polyurethane, Epoxy-Cyanoacrylate), Application (Building & Construction, Automotive & Transportation, Industrial Assembly), and Region - Global Forecast to 2022", The hybrid adhesives & hybrid sealants market is projected to grow from USD 4.60 Billion in 2016 to USD 7.54 Billion by 2022, at a CAGR of 8.6% during the forecast period. Browse 72 Market Data Tables and 31
10-30-2018 | Business, Economy, Finances, B …
Research Report Insights
Hybrid Vehicles Market 2026 | Gasoline Hybrid, Diesel Hybrid, Parallel Hybrid, S …
Research Report Insights in its report titled “Hybrid Vehicles Market: Global Industry Analysis and Opportunity Assessment, 2016–2026” offers detailed insights and in-depth research on the global hybrid vehicles market over a 10-year forecast period 2016 – 2026. The report covers the important factors driving the growth of the global hybrid vehicles market, untapped opportunities for manufacturers, trends and developments shaping the dynamics of the global hybrid vehicles market and other
10-01-2018 | Arts & Culture
gisela graf communications
Hybrid Tbilisi
Reflections on Architecture in Georgia The Caucasian metropolis of Tbilisi is in a permanent state of transformation. Spectacular new buildings contrast with late-Soviet formal experiments such as the Ministry of Highway Construction, an icon of Soviet brutalism. Meanwhile, palaces, administration buildings, and museums by European architects from the early-twentieth century are fading into oblivion, while entire streets around them are being reconstructed. Georgia’s capital appears like something of a paradox: on
08-21-2018 | Advertising, Media Consulting, …
MarketResearchReports.biz
Hybrid and Electric Vehicles Market,Hybrid and Electric Vehicles Industry, Globa …
Latest industry research report on: Global Hybrid and Electric Vehicles Market : Industry Size, Share, Research, Reviews, Analysis, Strategies, Demand, Growth, Segmentation, Parameters, Forecasts This report studies the global Hybrid and Electric Vehicles market status and forecast, categorizes the global Hybrid and Electric Vehicles market size (value & volume) by manufacturers, type, application, and region. This report focuses on the top manufacturers in North America, Europe, Japan, China, India, Southeast Asia
Comments about openPR
Your portal is fast, simple, and easy to use. Others may have more functions but they also demand more editing time, you have to preformat the text in order to achieve a good result etc. I think openPR is really fantastic!
Andreas Knepper, wallmedien AG