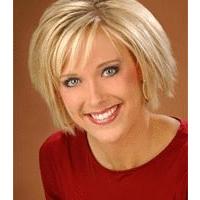 Miss Utah 2007 and US Army Combat Medic Sgt Jill Stevens joins forces with the National Child Alert System to encourage parents to be prepared while supporting The Afghanistan Orphanage Project. CHARLOTTESVILLE, VA -- National Child Alert System is pleased to announce Sgt. Jill Stevens as their new spokesperson. Stevens is most noted for her dedication to helping the children of Afghanistan and her presentations on preparedness. She and several other members of the Utah National Guard, 211th Aviation Division, started The Afghanistan Orphanage Project (http://www.taoproject.org) after being deployed to Afghanistan in 2004 where they experienced one of the world’s poorest nations and the overwhelming effect of poverty on the children of Afghanistan. The goal for the project is to build the largest orphanage in Afghanistan to house 1000 orphaned children. National Child Alert System has dedicated a portion of each sale to this worthy cause. "We are thrilled to announce Sgt. Stevens as our spokesperson. She is truly one of the finest examples of what it means to be an American. With her help, we will be able to protect the children of America and with America's help, the children of Afghanistan will have a safe home and a chance for a better life," says Tom Schlegel, CEO of National Child Alert System (http://www.childalertsystem.com). “I am honored to be able to lend a hand to National Child Alert System. I travel our great country every day talking to our young people about emergency preparedness and self confidence. National Child Alert System is a fantastic program to help parents be prepared for one of the most unthinkable events. I hope that my efforts will get parents to take the steps necessary to prepare. Last year there were almost 800,000 children reported missing. It doesn’t always happen to someone else.” Says Stevens National Child Alert System is an emergency preparedness and information system for parents to use if their child goes missing. The system includes a KidzMapÆ displaying their favorite places to go, along with a KidzCapsuleÆ that contains all of their biographical information, and KidzBlastÆ to notify more than 100 contacts that a child is missing using email and text messaging. The system also allows parents to store valuable information such as DNA, fingerprints, pictures, medical, and dental information to aid in recovering a missing child. The information can be stored online, on a USB keychain, or directly onto a personal hard drive. By logging on, parents can also relay this information to the authorities, the media, and concerned citizens. “Because nearly 75% of abducted children are deceased within 3 hours, every second counts when a child disappears. Every minute a child is missing is another minute at risk for that child. Our system helps parents to focus on finding their child rather than spending time frantically trying to find and piece together pages of information for the police," says Schlegel. Media Contact: Tom Schlegel 912 East High Street Charlottesville, VA. 22902 877-95-AMBER 434-466-9194 About the Company: The National Child Alert System (http://www.childalertsystem.com) is an alert system for missing children controlled by the parents and is the only alert system of its kind. The National Child Alert System holds their contribution to the community and the protection of the nation's children as their focus.