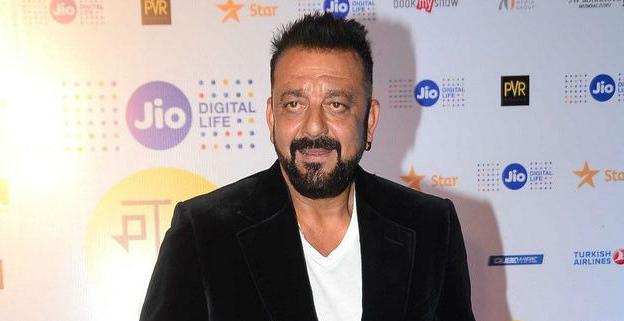 Sanjay Dutt's comeback film 'Bhoomi' went on floors just a few days back. The cast and crew of the film along with Sanjay Dutt and Aditi Rao Hydari were in Agra to shoot a wedding sequence. Set was erected at Kaushal Bajpai house in a village called Bamrauli Katara near Agra which is almost 15 kms away from the city. But much to their dismay the shooting was cancelled for the day when large number of people took charge of the sets to just catch a glimpse of the superstar.A leading daily quoted a source from the sets saying as, "We were shooting at Kaushal Bajpai house in a village called Bamrauli Katara near Agra on Thursday. It was a night shoot and we had more than adequate security in place. Apart from Sanjay sir's bodyguards, the state police force had deployed their men on location. We didn't realise when the crowd wildly multiplied, with some turning unruly. It wasn't safe for Sanjay sir to come out for the shoot. Aditi (Rao Hydari, who plays his daughter) was also part of the scene. We waited for hours for the crowd to thin out before calling off the shoot."Director Omung Kumar also confirmed the news by saying that they wanted to roll the cameras, but it was impossible to manage thousands of people and so it was better to call off the shoot.FRIDAYMOVIEZ.COM is a chic movie portal bringing you the best of Bollywood and Hollywood in terms of the up-to-the-minute news, movie reviews and trailers, celebrity images, videos and profiles, exclusive inside information comprising original features, live event coverage, red carpet events, comprehensive archives and more.#G-1, New Udyog Mandir 2 Moghul Lane, Mahim (W) Mumbai 400016 India

04-15-2015 | IT, New Media & Software
A10 Networks
A10 Networks Appoints Industry Veteran Sanjay Kapoor as Vice President of Global …
DUBAI, United Arab Emirates, 14th April, 2015 - A10 Networks (NYSE: ATEN), a technology leader in application networking, today announced that Sanjay Kapoor has been appointed Vice President of global marketing. In this role, Sanjay will be responsible for the global structure, strategy, and execution of all aspects of A10's marketing efforts. Sanjay will report directly to CEO Lee Chen. "Sanjay is a creative and accomplished marketing executive, bringing extraordinary marketing
01-09-2012 | Advertising, Media Consulting, …
Sanjay Mehta to Speak At OMCAR 2012
Sanjay Mehta to Speak At OMCAR 2012
OMCAR 2012, about to be held on 13th January 2012 at New Delhi will see coming together of some of the biggest names from the online marketing industry and brands from various niches. Different brands addressing at OMCAR 2012 will talk about their successes and failures with social media! One amongst the speakers is Sanjay Mehta, Founder & Joint CEO, Social Wavelength. Sanjay Mehta, Founder & Joint CEO, Social Wavelength is
10-12-2011 | Politics, Law & Society
Kane Russell Coleman & Logan PC
Sanjay Minocha Joins the Litigation Section of Kane Russell Coleman & Logan PC
DALLAS, TX -- KRCL is pleased to announce that Sanjay Minocha has joined the Firm as an Associate practicing in the Litigation Section of the Dallas office focusing on commercial litigation matters. Mr. Minocha is a 2008 graduate of the University of Houston Law Center. His experience includes complex commercial and business litigation, general civil litigation, oil and gas litigation, securities, partnership disputes, real estate litigation, environmental litigation,
10-10-2011 | Leisure, Entertainment, Miscel …
Adfactors PR
Sanjay Dutt and Ajay Devgn starrer ‘Rascals’ releases in 907 UFO Digital The …
October 7, 2011: Dussehra release ‘Rascals’ starring Sanjay Dutt and Ajay Devgn released in 907 UFO digital theatres in the week starting October 6, 2011, to October 13, 2011. John ‘Action’ Abraham starrer ‘Force’ continues in 335 UFO digital theatres in the second week. ‘Love, Breakups Zindagi’ screens in 116 UFO digital theatres in its first week. ‘Soundtrack’ screens in 87 UFO digital theatres in its first week.
04-29-2011 | Business, Economy, Finances, B …
21Century Stocks & Sectors
Sanjay Sabnani, CEO & Founder, Internet forums Leader - CrowdGather Interviewed …
Following Recent Financings, Executive Discusses Recent Growth & Web Acquisition Plans including Globalization Efforts New York, NY, April 25, 2011—21st Century Investor Relations - a pioneer in creating customized online investor relations campaigns based on inbound marketing - today announced that it conducted an interview with Sanjay Subnani, CEO of Crowdgather, Inc. (OTCBB: CRWG.OB). The interview can be viewed on 21st Century IR’s emerging micro-cap forum: www.StocksnSectors.com CrowdGather, is a leading global network
08-20-2009 | Politics, Law & Society
BITS Pilani Rajasthan
International Youth Day becomes Date with Destiny for Sanjay Singh
Every human’s life is a story written by the fingers of God and everyone knows that even before we are born, God knows what day we will leave this earth and how which is nothing but the ultimate date with destiny. Sanjay Singh lived his life with one simple philosophy “It does not matter how many people get to know you when you are alive. What matters is how many people
Comments about openPR
OpenPR is clearly structured and remains true to its principle of confining itself to the essential parts. OpenPR has proven to be a very good and reliable partner to our media agency: Within the shortest time the releases are online and go down well with the media representatives. The success of OpenPR is reflected in the steadily increasing number of press releases. It is good that OpenPR exists!
Ursula Koslik, Director Marketing & PR, F+W Hamburg