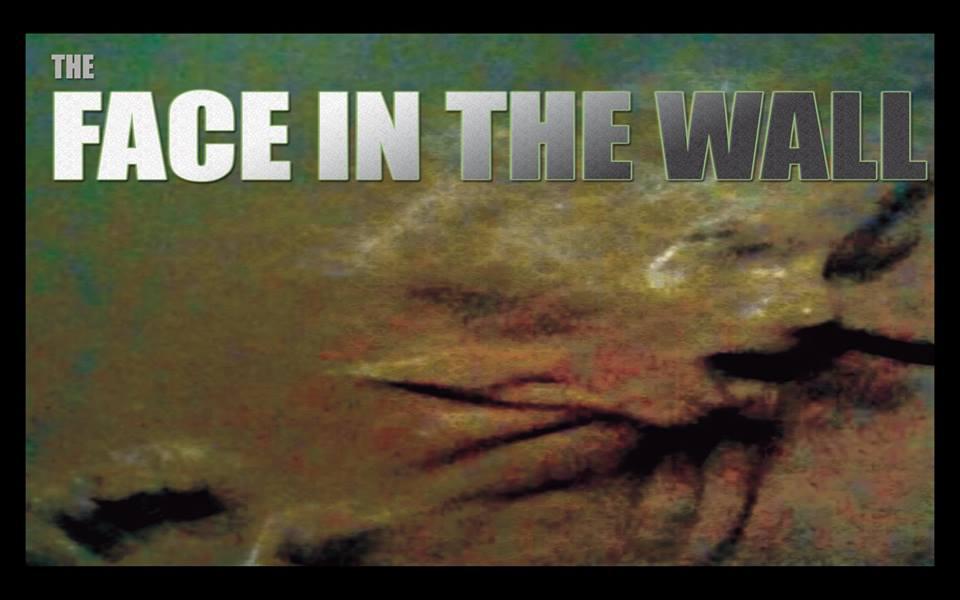 Calvin Jessup (Frantz Lecoeur) is a freelance videographer working on a low budget video production with director Bruce Leiderman (Mark C. Fullhardt) and sound man Jimmy DiCarlo (Jonah Ehrenreich), but when he sees a mysterious face in a wall of an old location that only him and a few of his friends can see, things start to get a little weird. Is it a ghost, a spirit or a lost soul, is there paranormal activity within their midst? Find out in The Face In The Wall.The Face In The Wall is a new science fiction thriller from 360 Sound and Vision. 360 Sound and Vision produces quality independent films in the the Action, Fantasy, Thriller & Science Fiction genres (with Experimental Films and Documentaries too)!The Face in The Wall is set in a modern day New York City, amongst the backdrop of a bustling urban atmosphere and towering skyscrapers, but past the city’s vibrant exterior lies unanswered mysteries that no one can see, something so profound that it can change our understanding of what human life is about and the meaning of our place in the universe. Are there invisible entities around us?Scientists look at specimens in a Petri dish, but could it be that we are also the bacterium being observed by a larger force? Those questions and more will be answered in this electrifying new science fiction film, from writer & director Dwayne Buckle (The Minority, Cybornetics)The official movie trailer for The Face In The Wall is now availble on Youtube and other online video platforms.The Face In The Wall will be released in July on DVD, VOD & Blu-RayOnly one man and a few of his friends can see a mysterious face in the wall.Starring: Frantz Lecoeur, Jonah Ehrenreich, Victoria Guthrie, Amiya Steed & Mark C. Fullhardt. Visual Effects By: NYC Audio Video Post Presented By: 360 Sound and Vision Ltd.OFFICIAL WEBSITE:www.360soundandvision.comOFFICIAL MOVIE TRAILERhttps://www.youtube.com/watch?v=O-RFE4-4nP4SOCIAL MEDIA LINKS:https://twitter.com/FaceInWallMoviehttps://www.facebook.com/Face-in-the-Wall-1378719865711256/https://www.facebook.com/360-Sound-and-Vision-Entertainment-165789643461865/360 Sound and Vision is an independent media company.360 Sound and Vision 381 Broadway NYC, NY 10013

05-23-2017 | Media & Telecommunications
360 Sound and Vision Entertainment
The Face In The Wall - To Be Released On DVD Internationally July, 22nd, 2017
One of 2017's freshest new science fiction action movies, 360 Sound and Vision's ,"The Face In The Wall", debuts July 22nd on DVD, Blu Ray, Digital Download, and Video on Demand. This movie will be available for purchase at various nationwide retailers and online. The Face In The Wall is a fresh new take on science fiction and will become a smarter choice for today's consumers who are
02-24-2017 | Media & Telecommunications
360 Sound and Vision Entertainment
The Glasses 2 (Official Movie Trailer) NEW SCI-FI THRILLER SUSPENSE Directed By …
The Glasses 2 is the sequel to the underground independent classic film The Glasses by New York Independent filmmaker Dwayne Buckle. The Glasses was a cult classic film and was awarded a Platinum Award for best Horror/Fantasy/Sci-Fi at The Houston International Film Festival(Worldfest) in 2008. The Long awaited The Glasses 2 is back with the same hypnotic formula. The sequal has many stories molded into one film with the main protagonist being
12-23-2016 | Leisure, Entertainment, Miscel …
360 Sound and Vision Entertainment
Pianist & Composer Katsuaki Takizawa Will Releasing A New Song And Video Dec, 23 …
Calling all Instrumental Music fans! The return to great instrumental piano music has begun! Katsuaki Takizawa, the young pianist from Nagano, Japan, has released a new song and a new video! That's right; listen to the musical styling's of Katsu, as he composes a beautiful composition of beauty, love & life in the single and video Beloved! Both the song and video will be released on Dec 23rd. The song
11-23-2010 | Arts & Culture
360 Sound and Vision Entertainment
The Minority (Special Edition-Director's Cut) - To Be Released On DVD Internatio …
360 Sound and Vision Distribution, a newly formed distribution company located in Tribeca, New York City, will release an exciting new DVD product into the marketplace on November 23, 2010. This product will be available for purchase online and through various nationwide retailers. The award winning film, The Minority, will be released as a special edition DVD. This DVD will include a newly edited version of the film, released

09-21-2020 | Health & Medicine
Fabric Face Masks Europe
Fabric Face Masks Europe
Fabric Face Masks Europe Press Release Life as we know it is changing day by day. Habits once considered alien, are becoming commonplace, and even mandatory in some countries. Such as wearing face masks in public. Born in response to these new widespread regulations, Fabric Face Masks Europe was launched this year, in a bid to offer the most comfortable, breathable, style conscious and eco-friendly reusable face masks out there. But
09-03-2020 | Business, Economy, Finances, B …
MRS TRAINING & RESCUE
87% Businesses still want face-to-face training
New survey* reveals how COVID-19 has changed business’ training priorities Whilst 79% of businesses report their staff training has impacted by coronavirus, the pandemic hasn’t changed things as much as you might think. We surveyed more than 100 businesses to find out what impact the lockdown had had on health and safety training. Read the results below. Did COVID halt training completely? It appears not. Although 79% said COVID-19 had interrupted their training
06-24-2020 | Fashion, Lifestyle, Trends
Society of Single Professionals
First-Ever Face-to-Face Speed Dating
For Immediate Release Contact: Tom Andrews, 415/507-9962 FIRST-EVER MASKED FACE-TO-FACE SPEED DATING Single Professionals of all ages are invited to emerge from their homes and meet new single
04-14-2020 | Health & Medicine
VIVA
Face Shields and Face Masks made in Toronto
Viva is one of the largest Injection Molder in North America with 200 injection lines in Toronto. In order to help the fight against COVID-19, Viva is setting up manufacturing of Face Shields and Face Masks to produce millions in Toronto as early as May. In the meantime, Face Shields are already available from our plant in Hong Kong. 1663 Neilson Road Toronto, ON Canada M1X 1T1 Bruno Lebeault Marketing Director Bruno.lebeault@vivacan.com 416-500-2602 Viva is a global leader
12-22-2017 | IT, New Media & Software
Face Recognition Ststems
Global Face Recognition Ststems Market by Type - 2D Face Recognition, 3D Face Re …
Researchmoz added Most up-to-date research on "Global Face Recognition Ststems Market by Type - 2D Face Recognition, 3D Face Recognition and Thermal Face Recognition" to its huge collection of research reports. This report studies the global Face Recognition Ststems market, analyzes and researches the Face Recognition Ststems development status and forecast in United States, EU, Japan, China, India and Southeast Asia. This report focuses on the top players in global market,
11-21-2016 | Business, Economy, Finances, B …
Invoice Factoring: From face-to-face finance to tech powerhouse
Invoice Factoring: From face-to-face finance to tech powerhouse
The invoice factoring business – now a $3 trillion-a-year global industry – can be traced to ancient trading practices and medieval financial arrangements. Yet the premise, getting paid upon completion of work rather than waiting weeks or months for customers to pay their bills, remains unchanged. Imagine a weaver sending linen from Cairo to a merchant in Damascus, but the merchant won’t pay for the fabric until he sells it.
Comments about openPR
I can't but agree to the positive statements about your portal: easy to use, clear layout, very good search function, and quick editing!
Jens O'Brien, Borgmeier Media Communication