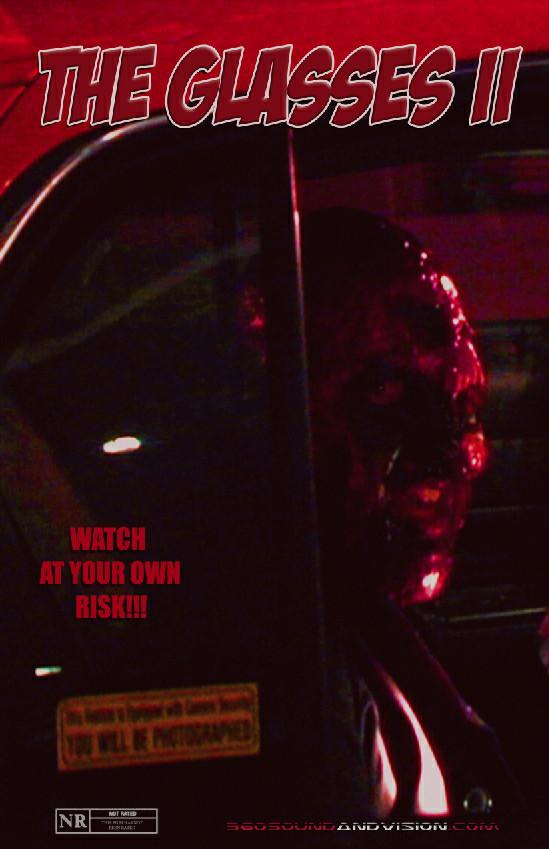 The Glasses 2 is the sequel to the underground independent classic filmThe Glasses by New York Independent filmmaker Dwayne Buckle. The Glasses was a cult classic film and was awarded a Platinum Award for best Horror/Fantasy/Sci-Fi at The Houston International Film Festival(Worldfest) in 2008.The Long awaited The Glasses 2 is back with the same hypnotic formula. The sequal has many stories molded into one film with the main protagonist being a pair of designer sunglasses. These fashionable sunglasses have the ability to enable the person wearing them to see visions of the near future, and for many of the people in the film; the future has deathly consequences.DISCLAIMER: WATCH AT YOUR OWN RISK!!!Starring: Kwame Smalls, Shawna Bermender, Nick Raio, James Bligh, Danny Boushebel, Rich Child, Mark A. Keeton, David A. Castro & Wesley Curtis.Written & Directd By: Dwayne BucklePresented By: 360 Sound And Vision Ltdwww.360soundandvision.comOFFICIAL MOVIE TRAILERhttps://www.youtube.com/watch?v=-1KGKzIXhmISOCIAL MEDIA LINKS:https://www.facebook.com/The-Glasses-2-539516086144294/https://www.facebook.com/360-Sound-and-Vision-Entertainment-165789643461865/Business Info : 360 Sound and Vision Ltd360 Sound and Vision is a NYC based Media Company360 Sound and Vision 381 Broadway, 3rd fl NYC, NY 10001

05-23-2017 | Media & Telecommunications
360 Sound and Vision Entertainment
The Face In The Wall - To Be Released On DVD Internationally July, 22nd, 2017
One of 2017's freshest new science fiction action movies, 360 Sound and Vision's ,"The Face In The Wall", debuts July 22nd on DVD, Blu Ray, Digital Download, and Video on Demand. This movie will be available for purchase at various nationwide retailers and online. The Face In The Wall is a fresh new take on science fiction and will become a smarter choice for today's consumers who are
02-24-2017 | Media & Telecommunications
360 Sound and Vision Entertainment
The Face In The Wall (Official Movie Trailer) NEW SCI-FI THRILLER SUSPENSE Direc …
Calvin Jessup (Frantz Lecoeur) is a freelance videographer working on a low budget video production with director Bruce Leiderman (Mark C. Fullhardt) and sound man Jimmy DiCarlo (Jonah Ehrenreich), but when he sees a mysterious face in a wall of an old location that only him and a few of his friends can see, things start to get a little weird. Is it a ghost, a spirit or a lost
12-23-2016 | Leisure, Entertainment, Miscel …
360 Sound and Vision Entertainment
Pianist & Composer Katsuaki Takizawa Will Releasing A New Song And Video Dec, 23 …
Calling all Instrumental Music fans! The return to great instrumental piano music has begun! Katsuaki Takizawa, the young pianist from Nagano, Japan, has released a new song and a new video! That's right; listen to the musical styling's of Katsu, as he composes a beautiful composition of beauty, love & life in the single and video Beloved! Both the song and video will be released on Dec 23rd. The song
11-23-2010 | Arts & Culture
360 Sound and Vision Entertainment
The Minority (Special Edition-Director's Cut) - To Be Released On DVD Internatio …
360 Sound and Vision Distribution, a newly formed distribution company located in Tribeca, New York City, will release an exciting new DVD product into the marketplace on November 23, 2010. This product will be available for purchase online and through various nationwide retailers. The award winning film, The Minority, will be released as a special edition DVD. This DVD will include a newly edited version of the film, released