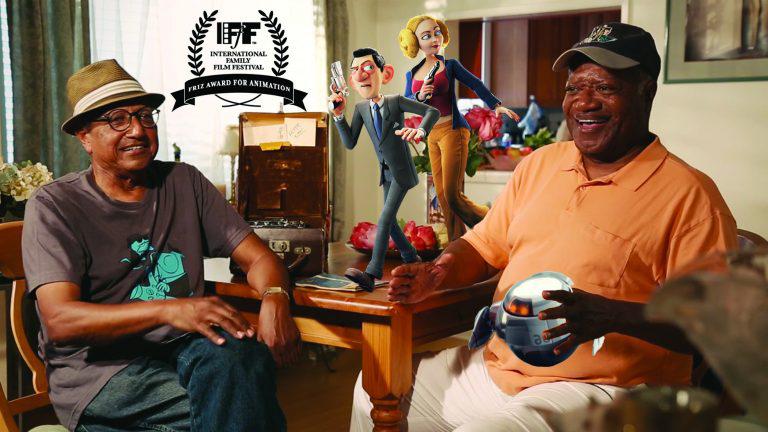 Punch TV Studios continues expanding its media empire through creative development and strategic efforts with the unveiling of their latest division: Punch Animation, Inc. ( OTCMKTS: URBT ). Punch Animation will focus on the development of animated television series and movies for syndication through Punch TV Studios. Punch Animation, Inc. ( OTCMKTS: URBT ) was previously Urban Television Network, which was the first African-American owned network in America. It was recently renamed Punch Animation, Inc. and is pleased to announce it's recent hire of award-winning, dynamic animation duo Floyd Norman and Leo Sullivan. The President of Creative Development for the new Punch Animation, Inc. is legendary producer Floyd Norman, an American animator, writer, and comic book artist. Mr. Norman is best-known for his movies Sleeping Beauty, Jungle Book, Toy Story, 101 Dalmatians and Monsters, Inc. Mr. Norman actually worked with the man himself, Walt Disney and brings decades of experience in animation and production to Punch Animation, Inc. ( OTCMKTS: URBT ).Emmy Award winning Animator/Filmmaker, Leo Sullivan is taking on the role as Chief Operating Officer. Mr. Sullivan is most-recognized for his movies Flash Gordon, Pac-Man, Iron Man, Tiny Toons Adventures, Scooby-Doo and Flintstones. Mr. Sullivan has over 50 years of experience in the field of animation and is a credentialed teacher for the State of California in Vocational Education Teaching. He has taught at The Art Institute of California-Orange County, guest lecturer at UCLA and Compton College Animation Arts Departments, worked with numerous community organizations and has taught and mentored youths who have gone on to work in major animation studios. These renowned animators are already diligently producing new concepts and ideas to make Punch Animation, Inc. the new Disney in the near future. Punch TV Studios, an American production company, is recognized throughout the entertainment and media industry for developing original and creative content for licensing and distribution around the world. In June of 2016, Punch TV Studios launched there Initial Public Offering (IPO) at $1.00 per share and is currently in the IPO phase. To find out more information or to become a stockholder with Punch TV Studios visit PunchTVStudios.com. Follow Punch TV Studios on Nabukie.com #PUNCHANIMATION #PUNCHTVSTUDIOS #WALLSTREET #2017IPO Forward Looking Statement This press release may contain forward-looking statements about Punch TV Studios. These forward-looking statements are based on the current plans and expectations of management and are subject to a number of uncertainties and risks that could significantly affect the company's current plans and expectations, as well as future results of operations and financial condition. The company undertakes no obligation to publicly update or revise any forward-looking statements, whether as a result of new information, future events or otherwise.About Us Punch TV Studios was founded by CEO Joseph Collins as a production company that develops new media content for license and distribution around the world. Punch TV Studios is the first and only company that is doing an IPO targeted directly towards the urban market to bring wealth and jobs to the urban communityPunch TV Studios, 1201 N. LaBrea P.O Box #256 Inglewood, CA 90302 562-822-0965 mediarelations@punchtvstudios.com

11-15-2021 | Media & Telecommunications
Punch TV Studios
CIVIL RIGHTS VIOLATION AGAINST PUNCH TV STUDIOS AND ITS CEO JOSEPH COLLINS BY U. …
Punch TV Studios today responded to the civil rights violations perpetrated against the Company and its founder and chief executive officer Joseph Collins, with the false and egregious public notice released by the U.S. Securities and Exchange Commission dated September 30, 2021. The following are key spotlights related to the untrue allegations presented: The company contends the U.S. Securities and Exchange Commission has filed an action against founder Joseph Collins and Punch
02-17-2017 | Leisure, Entertainment, Miscel …
Punch TV Studios
TV STUDIOS ADDING ‘PUNCH’ TO CELEBRITY CAREERS
Punch TV Studios has made a flying start to 2017, attracting attention from a whole host of communities including Wall Street financiers, the urban community, and even celebrities. CEO, Joseph Collins, launched the company’s IPO (Initial Public Offering) in 2016, and became one of the few African American CEOs of a publicly traded company. Focusing on serving the urban community, and developing a studio that entertains and informs, Collins has recently
02-02-2017 | Leisure, Entertainment, Miscel …
Punch TV Studios
The "Martin Luther King Jr. of Wall Street" Calls for Economic Empowerment
As one of only a few African-American CEOs of a publicly traded company, Punch TV Studios CEO Joseph Collins launched his company’s Initial Public Offering (IPO) in June 2016. Projections currently estimate the company will generate more than half a billion dollars in annual revenue by year four post the IPO. Joseph Collins is following up a hugely successful 2016, by continuing to redefine both the media, and Wall Street itself.
01-26-2017 | Business, Economy, Finances, B …
Punch TV Studios
Punch TV Studios $1.00 Per Share IPO Continues to Grow Under The Trump Administr …
Local television studio successfully nears the close of its $1.00 per share public offering providing financial opportunity to the urban community in the midst of the change in the United States presidential administration. Multi-media conglomerate Punch TV Studios continues to grow as it nears the end of its $1.00 per share Initial Public Offering projected to close April 2017. Even with daily changes being made under the new Trump presidential administration,

06-11-2020 | IT, New Media & Software
Data Bridge Market Research
Animation Market Shows Strong Growth 2020 | Trimble, Inc, Pixologic, Inc, AutoDe …
Animation market is set to witness a steady CAGR of 4.97% in the forecast period of 2019- 2026. Animation market research report helps you staying informed about the trends and opportunities in the industry very easily and quickly by saving a lot of time. The Animation report comprises of reviews about key players in the market, major collaborations, merger and acquisitions. The purpose of this Animation market research report is to endow
06-03-2020 | Business, Economy, Finances, B …
Data Bridge Market Research Pvt. Ltd.
Medical Animation Market 2020 Sees Promising Growth | Leading Players are Hybrid …
The primary sources employed while generating this Medical Animation Market report include the industry experts from the industry comprising the management corporation, processing organizations, analytical service suppliers of the industry’s value chain. All primary sources are interviewed to accumulate the data and validate qualitative & quantitative information and conclude future prospects. Secondary research consists of key data about the industry value chain, the complete pool of major players, and application
10-25-2018 | Science & Education
qyreports
QYReports explores Online Animation Learning market tremendous growth in near fu …
The Online Animation Learning Market report gives a well-defined perspective of the market alongside the development rate and the future market prospect. Assist the report covers market potential and preferred standpoint, opportunity and challenge and risks which is extremely helpful from business perspective. An animation is a dynamic medium in which pictures or objects are controlled to show up as moving pictures. In customary animation, pictures are drawn or painted by
04-04-2018 | Media & Telecommunications
Progressive Market Research
Animation Market: Huge Demand of Animation Market in All Over
The Global Animation Market was valued at $138,694 million in 2016, and is projected to reach $381,347 million by 2022, growing at a CAGR of 12.1% from 2017 to 2025. Animation is termed as illusion of movements created for series of still images or frames for photographic representation in the video form. It involves involvement of drawings of characters, computer graphics, and animation software. Animation has emerged as one of the
03-12-2012 | Industry, Real Estate & Constr …
MarketResearchReports.in
Animation Market in India 2012
FOR IMMEDIATE RELEASE Strong overseas and domestic opportunities to drive the Animation Market in India, finds publisher. The report begins with a market overview section that includes information on the current and forecasted market size and growth of the Indian animation industry divided into various categories. It also provides a segmentation of the revenues and the expected change over 2010 to 2015. Further, it explains the existing revenue model for the
01-21-2011 | Business, Economy, Finances, B …
Seattle Video Production
3D Animation Video Coming Soon
A STAR IS BORN The Epic camera by the Red Digital Cinema company has become the latest star that producers attach to their production to show others how great it will be. When before have so many high profile productions that haven't even started shooting yet, formally announce what camera they will be using… before it even exists. And these aren't small art house films. These are huge Hollywood investments
Comments about openPR
We publish our press releases on openPR.de because we like people who are "open" - just like us.
Frank Obels, CEO, INCONET - Informationssysteme, Communication und Netzwerkberatung GmbH