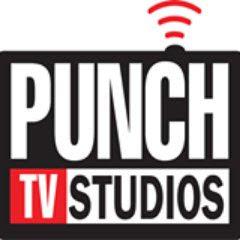 Punch TV Studios has made a flying start to 2017, attracting attention from a whole host of communities including Wall Street financiers, the urban community, and even celebrities.CEO, Joseph Collins, launched the company’s IPO (Initial Public Offering) in 2016, and became one of the few African American CEOs of a publicly traded company. Focusing on serving the urban community, and developing a studio that entertains and informs, Collins has recently announced that over 300 new movies and TV shows are currently in the pipeline.Set for release over the next four years, the various movies and shows have been attracting the attention of celebrities looking to reignite their careers. Fans of the studio can look forward to the return of many celebrity favorites - many of whom, are returning from lengthy absences from the big and small screen!While their return to the screen is largely thanks to the exciting projects planned at Punch TV Studios, the studio will maintain its strong links and focus towards the average American and the urban community.In fact, many of the shows will provide an unedited view of the very real issues affecting Americans, as well as providing much-needed entertainment during a time when the country feels so divided. Current projections predict the company will generate more than half a billion dollars in annual revenue by year three, and shares were initially available for just $1 to make them accessible to all Americans, something that Collins is particularly passionate about.More information can be found by logging on to PunchTVStudios.com. Follow Punch TV Studios on Nabukie.comAbout Us Punch TV Studios was founded by CEO Joseph Collins as a production company that develops new media content for license and distribution around the world. Punch TV Studios is the first and only company that is doing an IPO targeted directly towards the urban market to bring wealth and jobs to the urban communityPunch TV Studios, Inc., 1201 N LaBrea P.O Box 256 Inglewood, CA 90302 mediarelations@punchtvstudios.com 310-673-0740

05-18-2022 | Energy & Environment
Blanco Minerals Inc.
Blanco Minerals Valuation Rises as IPO Nears
Tuesday, April 19, 2022; Vancouver, BC: Blanco Minerals Inc. are pleased to release a positive update on the company's valuation following an audit that has now been completed. Blanco Minerals Inc. confirms that the latest audit commenced in February 2022 and was handled by PricewaterhouseCoopers. As a result of the audit, we are happy to announce to our private equity partners and individual shareholders that the common shares of Blanco Minerals
12-28-2020 | Business, Economy, Finances, B …
Hindustan Tradecom Pvt. Ltd.
Why should you apply in an IPO? Different ways to apply IPO online in India – …
POs raised a whopping Rs 25000 crores in the year 2020 and gave investors a massive return opportunity. To get listed on the stock exchange the company has to release its IPO. It helps them raise funds from the public by issuing the initial public offerings (IPO) in their company's name. India is one of the ever-growing marketplaces for companies to launch their IPOs. The above statement is
12-03-2020 | Business, Economy, Finances, B …
Global DBC
AIRBNB files for its long awaited IPO
Even as the pandemic that wrecked its business flares up again, Airbnb is poised to make its public market debut this year. The company filed its long-awaited IPO paperwork Monday November 16, revealing that it turned a profit of $219 million in the third quarter of this year, on $1.34 billion in revenue. Airbnb plans to list on the Nasdaq under the stock ticker "ABNB." In September 2019, Airbnb announced that it planned
07-04-2019 | Business, Economy, Finances, B …
Wellving Asset Management
Wellving Asset Management Identify IPO
Not a company to rest on their laurels Wellving Asset Management have identified what could be the next investment vehicle for their clients. It comes in the form of an IPO. IPO stands for initial Public Offering. In other words, it is a new issue of stock offered for sale to the public. When companies first start out, the shares are held privately. At some point, a majority of the owners
01-28-2019 | Business, Economy, Finances, B …
ASM Limited
Uber IPO: What Can We Expect?
Within the next few months, the Uber IPO is expected to hit the markets. Keep in mind that the company has confidentially filed its S-1 with the Securities and Exchange Commission (the document is usually not made public until a couple weeks before the offering). While we’ve seen many tech unicorns come public during the past couple years, the Uber deal will be in another league. Note that the capital raise
10-31-2016 | Business, Economy, Finances, B …
Vulturis Financial Data
Vulturis Data Launches Venture Capital IPO Yield Index
Vulturis Financial Data Services launched a venture-capital initial public offering yield index. Based on historical data pertaining to returns of IPOs, the index weighs the average returns and exhibits the feasibility and viability of offering public stock for a startup. The VC IPO Yield Index shows the return of VC IPOs relative to the number of filings on a monthly basis. The ratio utilizes the adjusted liquidity, or proceeds, of initial
Comments about openPR
I can't but agree to the positive statements about your portal: easy to use, clear layout, very good search function, and quick editing!
Jens O'Brien, Borgmeier Media Communication