Punch TV Studios $1.00 Per Share IPO Continues to Grow Under The Trump Administration 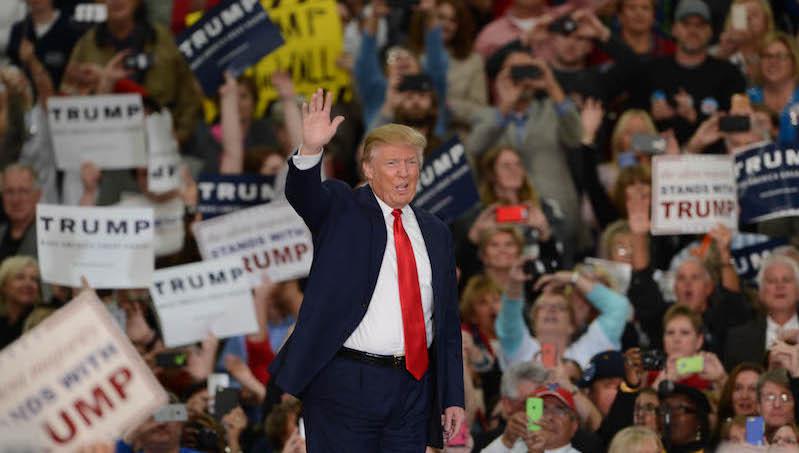 Local television studio successfully nears the close of its $1.00 per share public offering providing financial opportunity to the urban community in the midst of the change in the United States presidential administration.Multi-media conglomerate Punch TV Studios continues to grow as it nears the end of its $1.00 per share Initial Public Offering projected to close April 2017. Even with daily changes being made under the new Trump presidential administration, potential investors are still able to take advantage of this investment opportunity protected by Regulation A+ of the JOBS Act.Punch TV Studios has successfully increased funding for new production by offering stock shares to the community at only $1.00 per share and offers a unique investment opportunity to be a part of a a multi-media organization expecting significant growth potential. The company is projected to generate between $500 million and a billion dollars in annual revenues in the coming years."Current and potential investors can feel secure in knowing that this opportunity is protected," says Joseph Collins, CEO of Punch TV Studios. "We are on track to sell out of the 50 million shares offered to the public. By signing the JOBS Act into law, President Obama secured the ability for startup companies like Punch TV Studios to raise capital and to create wealth in the urban community. This historical change will definitely continue into the Trump administration."For more information on how to become a stockholder in the Punch TV Studios IPO visit Punch TV Studios website today.About Punch TV StudiosThe brainchild of entertainment maverick Joseph Collins, Punch TV Studios is the sole TV production company catering to the African-American, English speaking Hispanic and American urban communities. Overseeing the operations of independent, company-owned divisions, Punch TV Studios offers its unique content digitally on-demand, successfully filling in the creative gap left in the market by major studio networks.As an independent broadcast network, the aim is to bring new, diverse programming to a wide audience. It aims to empower members of the community by being the first and only African-American lead television studios to offer shares directly to the community for an investment of $1 per share.Punch TV Studios 5907 W. Pico Blvd Los Angeles CA, 90035 (310)-673-0740 mediarelations@punchtvstudios.com https://www.punchtvstudios.com

You can edit or delete your press release Punch TV Studios $1.00 Per Share IPO Continues to Grow Under The Trump Administration here

11-15-2021 | Media & Telecommunications
Punch TV Studios
CIVIL RIGHTS VIOLATION AGAINST PUNCH TV STUDIOS AND ITS CEO JOSEPH COLLINS BY U. …
Punch TV Studios today responded to the civil rights violations perpetrated against the Company and its founder and chief executive officer Joseph Collins, with the false and egregious public notice released by the U.S. Securities and Exchange Commission dated September 30, 2021. The following are key spotlights related to the untrue allegations presented: The company contends the U.S. Securities and Exchange Commission has filed an action against founder Joseph Collins and Punch
02-17-2017 | Leisure, Entertainment, Miscel …
Punch TV Studios
TV STUDIOS ADDING ‘PUNCH’ TO CELEBRITY CAREERS
Punch TV Studios has made a flying start to 2017, attracting attention from a whole host of communities including Wall Street financiers, the urban community, and even celebrities. CEO, Joseph Collins, launched the company’s IPO (Initial Public Offering) in 2016, and became one of the few African American CEOs of a publicly traded company. Focusing on serving the urban community, and developing a studio that entertains and informs, Collins has recently
02-17-2017 | Leisure, Entertainment, Miscel …
Punch TV Studios
PUNCH TV STUDIOS TO LAUNCH PUNCH ANIMATION ( OTCMKTS: URBT ) LED BY LEGENDARY IR …
Punch TV Studios continues expanding its media empire through creative development and strategic efforts with the unveiling of their latest division: Punch Animation, Inc. ( OTCMKTS: URBT ). Punch Animation will focus on the development of animated television series and movies for syndication through Punch TV Studios. Punch Animation, Inc. ( OTCMKTS: URBT ) was previously Urban Television Network, which was the first African-American owned network in America. It was
02-02-2017 | Leisure, Entertainment, Miscel …
Punch TV Studios
The "Martin Luther King Jr. of Wall Street" Calls for Economic Empowerment
As one of only a few African-American CEOs of a publicly traded company, Punch TV Studios CEO Joseph Collins launched his company’s Initial Public Offering (IPO) in June 2016. Projections currently estimate the company will generate more than half a billion dollars in annual revenue by year four post the IPO. Joseph Collins is following up a hugely successful 2016, by continuing to redefine both the media, and Wall Street itself.

08-26-2020 | Leisure, Entertainment, Miscel …
Advent Messenger
900 Catholic Masses for President Donald Trump
With only three months to go until the November 3, 2020 presidential election, the Trump 2020 campaign is working hard to attract Catholic voters. The Trump campaign has a website to court the Catholic vote. It is called Catholics for Trump 2020 and it is motivating Roman Catholics to support the re-election of Donald Trump by appealing to the abortion issue. The website says: “Catholics for Trump will energize and activate
12-17-2018 | Business, Economy, Finances, B …
Calstate Companies
How Trump Buys Real Estate
LOS ANGELES, CA. If Donald Trump did, in fact, purchase Russian real estate, he might have employed the following strategies: First, he would acquire a team of experts to help him. Trump understands the old saying: “If you act as your own attorney, you have a fool for a client.” This could also apply to the person who tries to be his or her own property manager, real estate broker, accountant,
10-05-2018 | Business, Economy, Finances, B …
Project: Return to Work
Port Charlotte volunteer to receive award from President Trump
A Port Charlotte woman is getting recognition from President Donald Trump for her service to an organization that helps thousands of wounded veterans and others find meaningful employment. Fran Nixon, Florida Missions Operations Manager (MOM) for Project: Return To Work Inc. (R2W), will receive the President’s Volunteer Service Lifetime Achievement Award in a ceremony on Sunday, Oct. 7. “Veterans hurt in combat gave up so much for our freedom,” said R2W
05-28-2018 | Advertising, Media Consulting, …
Spire Research and Consulting
The Trump Presidency:One Year On
One year since President Trump took office, what has been the impact for businesses in Asia? Leon Perera, CEO of Spire Research and Consulting, shared his thoughts in The Business Times – Views from the Top section on 27 November 2017 on the impact on global economy. Thus far, Donald Trump’s Presidency has not been bad for the American stock market and the US dollar. However, the expected infrastructure spending and
12-14-2017 | Business, Economy, Finances, B …
Coefficients Co. Ltd.
Trump Promised to Study US and PH Trade Deal
United States President, Donald Trump, committed to studying the proposed free trade agreement (FTA) between the US and the Philippines. As per the presidential spokesperson, Harry Roque, he stated that the US president had promised to look into the FTA proposal during their 40-minute bilateral conference with PH president, Rodrigo Duterte, amidst the ASEAN (Association of Southeast Asian Nations) summit. “The Philippines is appreciative of the General System of Preference (GSP) and
11-15-2017 | Leisure, Entertainment, Miscel …
Over the Rainbow Group
TRUMP SIGNS EXECUTIVE ORDER ABOLISHING THANKSGIVING
Washington, DC – On October 13, 2017, surrounded by smiling, loyal supporters, President Donald Trump signed an Executive Order banning the celebration of Thanksgiving within the boundaries of the United States and its territories. Expressing a desire to bring Americans together by participating in the ongoing wave of calls for historical accuracy, manifested primarily by efforts to remove monuments recognizing treasonous Confederate military leaders from publicly owned properties, Trump stated his
Comments about openPR
OpenPR ist the nicest and most clearly laid out PR platform I have seen to this day. The press releases are displayed very nicely and clearly and without any unnecessary frills. The updates are fast and the finished release looks appealing and is clearly legible. Even with 16 years of experience one discovers new things from time to time. Congratulations!
Gabriele Ketterl, Director Marketing & PR, Menads