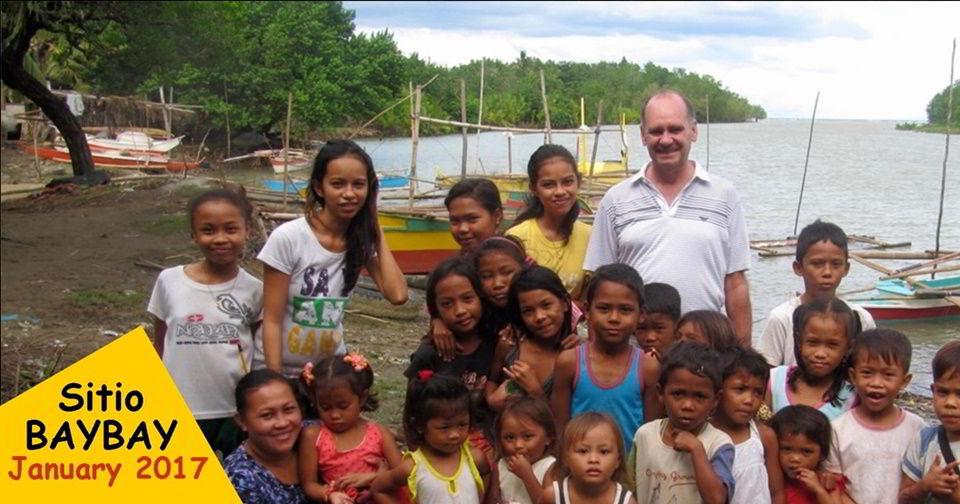 Ron Brown, Managing Director of Casa Esperanza of Angels Foundation with some of the children of Sitio Baybay.

TANJAY CITY, Philippines, January 5, 2016 - The charity nonprofit organization Casa Esperanza of Angels (CEA) Foundation Inc. has launched a crowdfunding campaign on the Indiegogo.com platform to help raise funds for its upcoming community outreach project in this city.The outreach project scheduled on January 28, 2017 is designed to benefit impoverished children and their families in a fishing village called Sitio Baybay, Barangay San Isidro, in Tanjay City, Philippines.“Our aim in this campaign is not just to raise funds but to connect with more people, as well,” shared Emmanuel Gonot, Communications Director of Casa Esperanza of Angels. “Hopefully, the story of Sitio Baybay resonates among users of this platform, we'd love to meet new supporters of our nonprofit.”Supported by over 15 million backers from 223 countries, Indiegogo.com is one of the most effective and prominent crowdfunding sites to date. Casa Esperanza of Angels’ campaign on Indiegogo.com was created using the platform’s flexible goal model.“The funds collected under this campaign through Indiegogo and through direct donations will be used to purchase food and grocery items for the villagers of Sitio Baybay,” explained Mr. Gonot. “These will be distributed by our volunteers on January 28th. We're looking at about 45 children and 19 families from the village who will benefit from this activity.”Tanjay City is a fourth class city located in the province of Negros Oriental in the central part of the Philippines. In recent years, due to the uptick in remittances from overseas workers and from the presence of a large professional workforce, the city and the province have experienced remarkable economic strides. However, remote villages like Sitio Baybay where children endure extreme poverty and hunger, remain. “These people have so little in terms of basic necessities,” remarked Mr. Gonot. “We'd like to visit this village and share a little to bring happiness to the children of this community.”Fundraising through crowdfunding platforms like Indiegogo.com can be a tough challenge for those who are new to it. Users on these sites are wary of unknown charities and many are focused instead on funding tech innovation projects. “Of course, we're new to the platform and we don't expect immediate support. We've set a modest goal for this campaign as this is the first time we're doing crowdfunding,” confided Mr. Gonot. “Our goal is to encourage our own longtime donors and supporters to donate to this project via Indiegogo.com and hopefully, that will start the ball rolling. “Casa Esperanza of Angels Foundation, Inc. is a nonprofit organization founded by Ronald Brown with his wife Georgia Olis Brown to help protect and care for the growing number of orphans, abused or abandoned children, and those in dire circumstances in the province of Negros Oriental, Philippines.Ronald Brown Executive Director Casa Esperanza of Angels Foundation, Inc. Barrio Sta. Ines, Tanjay City Negros Oriental, Philippines 6204 Phone: (+63) 905-1850060 ronald@agapeasia.org Website: www.casaesperanzaofangels.com/sitiobaybay