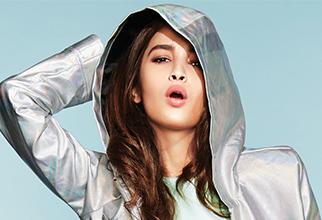 Gone are the days when women were treated as the second most aspect in the male-dominant society. Today women are educationally and financially stable and can work shoulder to shoulder with men. While there is some amount of change in the treatment given to women from the past, she is still not safe and her freedom is bounded to some extent. There are many such issues related to women that are still spreading their reign in the society. Molestation, girl child abuse, rape to name a few.

Recently Bollywood actress Sonam Kapoor opened up about her experience when she faced molestation at the tender age of 14. Now it is Alia Bhatt who is speaking about her experience while shooting for a gang-rape scene for her critically acclaimed film 'Udta Punjab.' The actress won accolades for her character as the Bihari immigrant who aspires to become a hockey player but is caught among the drug peddlers. At the recently held 'The Actressess Roundtable 2016' she talked about how she was uncomfortable on the set while shooting the scene but never showed it on her face. Read here to know what she said-

"Technically speaking, it was never ever graphic but while shooting... On set you want to be technical about it - 'Haan you come here, then this happens, then we'll do that and I'll scream and...' So the face is all 'Yeah, I'm with it, I'm okay with it because I'm acting'. But actually what's happening inside is 'I want this scene to get over. I just want this whole thing to get over'. There used to be a walk in the lobby - walk to the lift and back to my room during 'Udta Punjab' - I used to dread that walk everyday when I'd be getting out of my room, and I used to love the walk everyday when I'd be coming back to my room. Even though I love my work and my films, it was just weird to be in that situation, but what was most weird was pretending that I was cool on set."