Sona Mohapatra Lashes Out At Bombay IITians For Being Sexist 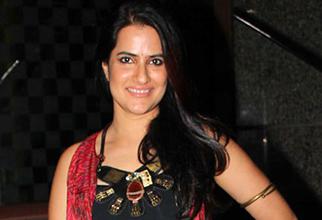 Bollywood popular personalities attending college festivals is quiet popular among the collegians. Even B-town celebs as well as singers are offered to attend such college fests. Recently IIT-Bombay hosted an inter collegiate fest, Mood-Indigo and asked Sona Mohapatra to perform with a male singer while she insisted on performing solo. Sona however did not like their way of justice and lashed out at them by posting an open letter on her Facebook wall. She also mentioned in the letter that female performing artists are not paid equally in terms of remuneration from their male counterparts.

You claim that you are Asia's 'biggest' cultural fiesta & take pride in being a premier institute of highest learning in the world too. I LAUGH at that claim & call you out straight up on this date for actually being a cess-pool of mediocrity instead.

What cultural festival has for decades showcased only men headliners on their stage, be it music, literature, politics, comedy or ANY other domain????? Yours- Mood I.

'Most' college campuses in India, esp the premiere institutes of course follow suit & 'copy-paste' this disgusting blueprint of yours. Don't believe me? Please do check out the archives of the line ups you have showcased year after year & start by scrolling down your own current FB festival page today.

You have good company in festivals like NH7 & other big music festivals in such discriminatory practices, so take heart (one Anoushka Grammy Shankar doesn’t change the obvious, yo boys!)

So yes, your 'boys clubs' are quite a 'brother-hood' outside of the campuses too! Everyone passing out into the real world has been taught these lessons well in their colleges apparently.
The only few human's of my gender who have landed up 'performing' in this 'cultural' festival are either 'not paid' or could , only under the umbrella of another man or in a 'troupe' of some kind.

That you don't even see the blatant sexism that your institute & festival is propagating is sickening.

For three years in a row I've been getting calls from your Mood-I committee members for a concert in your festival but the invite always comes with a caveat. A BIG caveat. A non negotiable caveat. A 'MAN' needs to be clubbed in on the marquee to validate my stage, a paid stage in particular. A SOLO FEMALE headliner? Want to be paid a price? Just not possible. The 'men' have homes to support, we women just 'work' for 'fun'!

Don't believe me? Go through your festival line-ups year after year, decade after decade & you will see this clear as day. You are people with a scientific temper who understand statistics & the like? You’ll see the SAD truth slap you on the face. It's boys, boys & only more boys. The payment part is not so obvious & for now you will all just have to take my word for it. ????????

Does it effect me personally? Am I shedding tears of sadness about missing this great opportunity to entertain & blow your minds with my act? NO, not really. I've carved out my career path successfully despite the odds & am playing a lot of solo headlining gigs with my band SonaLive, 11 concerts in the last fortnight alone. No colleges except the 'ladies only campuses', as usual.

Why even write this letter then? Well, it is gut wrenching & it takes effort & all the love in my heart for my country to do so. That the premiere educational institutes of the country are blindly propagating such values while the government is putting a spotlight on the plight of the ‘Beti’s’ in the country in their public campaigns in 2016 is ironical. You ought to be leading the way in my not so humble opinion not just counting on the government for everything. You have no business being in the business of education using this country's tax-payers money when you do not pursue its constitutional ideals. That your students are supposedly the top 'intellect' of our country & are being groomed to be in the top echelons of our country's future scares me.

They will go into the real world with this deep conditioning & this cycle of shit will continue till it gags our society & mankind!

I was advised by my well wishers to refrain from posting this letter. 'Why come across as a trouble maker when things are going so well for you', they said. Will only bring on negativity & harm your current touring & work. Truth is, very few people have the stomach to digest ugly truths, let alone tell them. Life here is tough as it is?

I am proud of the fact that I do not add ‘glamour’ in other music directors 'troupes', get any work from them whatsoever & have yet lasted out & am playing 2-3 hour uncompromising concert sets in the biggest stages of the country. I am the most proud of the fact that my audience & fans love me for my own music & for being myself. My work with Ram Sampath is basis an equal work partnership where both of us contribute to a project, 50/50.

Nothing more, nothing less. No favours given or taken. Only mutual respect. I have a young band of amazing musicians, all men at this point & all of whom have no issues backing a female solo artiste. In fact, they are unaware of my gender I believe. They tell me when I’m great on stage & are equally okay telling me if I've had an off day. I have a life partner who shares the same value & belief system & is unstintingly committed to the cause of equality of all kinds in society. These are MEN amongst MEN.

So all in all, life's great but I do dream & work for a future where we are ALL conscious about fighting for the right thing. Whenever anyone make me feel like a second class citizen in my own country, I will call you out. I urge you all to do the same. Every-time you forget that I am indeed equal, I will call you out. I urge the rest of you to do the same. I am asking for all my opportunities basis hard work, merit & talent. I am no privileged Birla daughter cutting the line & lip-syncing a ‘plus one’ song on a global festival stage. My journey has been long, hard, tough but satisfying & rewarding. A big part of the reward is that I have an audience that listens to me even when I am not singing. They hear me, understand me & give me the strength to stand up & speak my mind everyday.

I thank them every moment.

All of you attending Mood i, I do hope that you enjoy yourselves thoroughly. Do take a minute to think about what I said though. With an open, unbiased, clear mind. If this letter even changes 5% of the gender mix on stage in the coming days, I’ll consider my time well spent, although my gender actually constitutes close to 50% of the population. If it doesn’t, I’ll keep working towards doing so in ANY case.