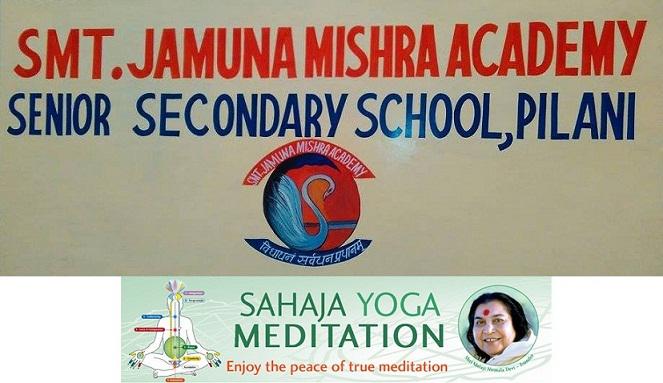 Lifestyle disorders typically affecting people who adopt unhealthy and inappropriate lifestyles are preventable and even reversible, if appropriate lifestyle modifications are made well in time. According to the National Family Health Survey, 13 percent of women and 9 percent of men in India are overweight or obese. Obesity increases the chance of other lifestyle disorders. Death rate due to IHD Ischemic Heart Disease also known as Coronary Artery Disease CAD in India is 165.8 per 100,000 population. Around 116.4 per 100, 000 people in India die due to cerebro-vascular diseases. Cardiovascular disease is the leading cause of death among males as well as females. Non Communicable diseases, chiefly cardiovascular diseases (including heart disease and stroke), diabetes, cancer and chronic respiratory diseases are diseases of long duration and generally slow in progression. They are the major cause of adult mortality and illness worldwide. The Golden Rules of preventing lifestyle disorders include Practice of yoga, meditation and spiritual pursuits are found to enhance positive health. The practice of Sahaja Yoga makes a person calm thus facilitating ability to cope more easily and effectively with the strains and stresses of life. It not only prevents but also cures the innumerable lifestyle disorders which are the outcome of modern day living - such as high blood pressure, heart diseases, diabetes, mental disorders, etc as well as diseases associated with smoking and alcohol and drug abuse. Sahaja Yoga is a technique to awaken the treasure of inner energy referred as Kundalini Shakti which lies in the sleeping state at the base of the spine (sacrum bone) of each human being. The process of awakening this Kundalini referred as “Self Realization” is said to be a spontaneous and joy giving process. It is believed that there are seven energy centers or chakras in every human being which are responsible for all physical, emotional, spiritual and mental well being. As the self realization rises and passes through the six energy centers in the spinal cord and pierces through the fontanel bone area on the top of the head, it nourishes and revitalizes the centers so that the person feels relaxed, calm and full of life.Smt Jamuna Mishra Academy - JMA Pilani has established a rich tradition of observing various days of international as well as national importance firmly believes in bringing the feel good factor among students and teachers for lifelong Alma mater alumni connect and treats yoga not just part of school routine and syllabus but as a way of life for all stake holders. Considering that Sahaja Yoga sessions have been conducted at many top ranking organizations in India today which include State Bank of India, Oriental Bank of Commerce, IIM Indore, Wipro, Nokia Siemens, Air India, CRPF, Army HQ etc, Principal JMA invited Advocate Shri Pramod Poonia and team from Pilani Sahaja Yoga mediation centre to conduct sessions for teachers and students. Already two sessions have been conducted on 5 Dec 2016 and 10 Dec 2016 and more are to follow. Principal Mrs Booma Natarajan agreed with the opinion that by bringing about an inner transformation of human beings, the benefits of Sahaja Yoga will accrue not only to the individual but also to society, to the nation and ultimately to the entire humanity. For more details about JMA Pilani see http://jmapilani.orgAbout JMA Pilani: Smt. Jamuna Mishra Academy (JMA) established in the year 2004 which has been making rapid strides in early childhood education is presently one of the most sought after schools at Pilani considered as Oasis in the desert state of Rajasthan well known in India today for one among top in world ranking BITS Pilani University as well as CSIR Laboratory CEERI and globally renowned Birla Science Museum. JMA Pilani is a Co-educational English Medium School with Experienced Teachers, Spacious Classrooms and Modern Amenities designed to impart Quality Education combined with All Round Personality Development and lay the Best Foundation for the Child’s Future. JMA which started in 2004 with an enrollment of 60 students for the Nursery, LKG, First Junior and Class I has grown today till Class XII and enrollment of 900. While the school admits both boys and girls, the girl student enrollment has been steadily rising every year and is presently nearly 50% of the total strength. The school has NCC for boys and the school girls band has been winning laurels every year too. Yoga and Fine arts are not just part of school routine but a way of life for the students.Mrs Booma Natarajan, M.Sc., M.A., B.Ed. Principal, Jamuna Mishra Academy – JMA Near Old Pilani Post Office Pilani Rajasthan 333031 India Phone 91-1596-242314 Email booma_pilani at yahoo.co.in Website: http://jmapilani.org/

08-18-2022 | Science & Education
JMA Pilani Rajasthan
Azadi Ka Amrit Mahotsav School of Excellence JMA Pilani Celebrates 76th Independ …
The celebrations happen with great zeal and gusto across all latitudes, longitudes and altitudes across the globe even though the official celebration for the day happens at Red Fort New Delhi. JMA Pilani has a rich tradition of celebrating various days of national and international significance throughout the year. On 15 Aug 2022, a colorful function was organized to celebrate 76th India Independence Day. Azadi Ka Amrit Mahotsav is an initiative
08-18-2022 | Science & Education
JMA Pilani Rajasthan
JMA Pilani Rajasthan celebrates 75 Years of India Independence Azadi Ka Amrit Ma …
Azadi Ka Amrit Mahotsav is an initiative of the Government of India to celebrate and commemorate 75 years of independence and the glorious history of it's people, culture and achievements. This Mahotsav is dedicated to the people of India who have not only been instrumental in bringing India thus far in its evolutionary journey but also hold within them the power and potential to enable Prime Minister Narendra Modi's vision
06-21-2022 | Science & Education
JMA Pilani Rajasthan
Top Ranking Pilani School JMA FDP Anger Management Session by Banasthali Profess …
Smt. Jamuna Mishra Academy JMA popularly known as school with year after year 100% results established in the year 2004 is presently one of the most sought after schools at Pilani considered as Oasis in the desert state of Rajasthan. It is a matter of great pride that alumni of JMA are presently pursuing higher education in various institutions which include Institution of Eminence BITS Pilani and second best women's
06-21-2022 | Science & Education
JMA Pilani Rajasthan
Lead School in Pilani JMA Celebrates 2022 International Day of Yoga
This day is an opportunity to reveal to the world the subtle science of yoga, which everyone can use not just to achieve physical well being but also to learn a better way to live a healthy harmonious and happy life. The essence of yoga is balance - not just balance within the body or that between the mind and the body, but also balance in the human relationship with