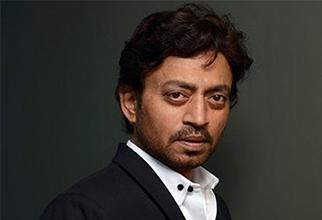 The new era of Indian cinema has not only spread its message to the international level but also there is a new wave of web series which is taking the internet by storm. A lot of Bollywood celebs are getting attracted to this and big names like Radhika Apte, Manoj Bajpayee and many others have already made their debut on this new platform. Following the footsteps of these actors, Irrfan Khan will mark his debut in a new web-series titled 'Tokyo Trial.' It is a historic drama which is set in post World War II Japan.The actor will essay the role of a judge from Calcutta who is summoned to Tokyo after the bomb attacks on Hiroshima and Nagasaki. A statement released by NHK(Japan Broadcasting Corporation) reads "The Tokyo Trial has been a milestone in world history and needed to be brought to a world-wide audience." While the President of Netflix said, "Tokyo Trial is a powerful story of historical significance and now, through Netflix, it will reach 86 million members across 190 countries."Apart from Irrfan Khan the series will also see a host of 11 judges who were summoned for the trial and will star Douglas MacArthur, Julian Wadham, Paul Freeman, Marcel Hensema and many others.FRIDAYMOVIEZ.COM is a chic movie portal bringing you the best of Bollywood and Hollywood in terms of the up-to-the-minute news, movie reviews and trailers, celebrity images, videos and profiles, exclusive inside information comprising original features, live event coverage, red carpet events, comprehensive archives and more.#G-1, New Udyog Mandir 2 Moghul Lane, Mahim (W) Mumbai 400016 India