Traffic Conditions on Victorian Roads – Projections for the Future 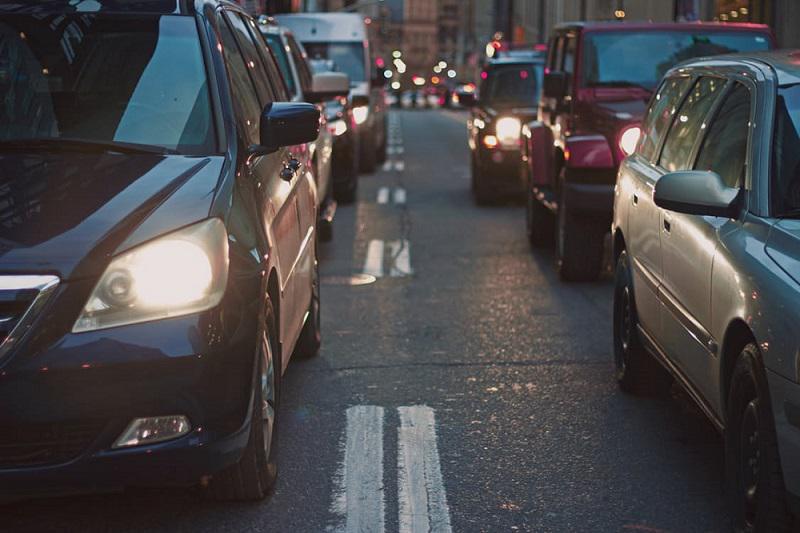 As urban Melbourne continues to struggle with increased traffic congestion, experts will convene at the 9th Annual Victorian Transport Infrastructure Conference 2017 to discuss solutions for combatting overcrowded city conditions.
Discussion will centre on the potential implementation of Cooperative Intelligent Transport Systems (C-ITS) that could see traffic lights communicate with vehicles to address congestion, shorter travel times while connected cars could help drivers reach their location faster and alert emergency services in the event of an accident. Australian vehicles could see C-ITS technology installed within the next few years.
Another possible solution includes a proposed congestion tax that would, following in the footsteps of cities that have grappled with congestion issues such as London and Stockholm, see motorists charged for road use in the inner city, based on zoned areas. The idea, proposed by Infrastructure Victoria, has been opposed by the Victorian Premiere but may still be in the cards in the distant future.
Experts will debate whether evolving transport technologies can truly help alleviate traffic conditions on Melbourne roads.
The Victorian Transport Infrastructure Conference will host a panel discussion comprising Brian Negus, General Manager - Public Policy, RACV, Chris Koniditsiotis, Chief Executive Officier, Transport Certification Australia and Majid Sarvi, PhD, Professor in Transport for Smart Cities, Department of Infrastructure Engineering, The University of Melbourne.
Breaking away from car dependency may be another innovative solution for the state. In light of recent updates by the government to the largest urban renewal plan in Australia, Fishermans Bend, Victoria could see a more sustainable approach to transportation. The proposal aims to achieve the right balance between public and private transport. Upgrades would include new cycle paths, tram lines and an underground rail line. The Government hopes to engineer 80% of transport movement through integrated public transport.
Located to the south-west of Melbourne’s CBD and covering an area of approximately 491 hectares, Fishermans Bend is expected to serve as a key part of an expanded central city. Over the next 35 years, Fishermans Bend is expected to accommodate approximately 80,000 residents and provide 60,000 jobs across five precincts, located across the City of Port Phillip and the City of Melbourne.
The 2016 recast vision of Fishermans Bend sees the project almost double in size, to now include an additional Employment Precinct which will support jobs and economic development, providing community infrastructure such as schools.
Geoff Ward, General Manager of Fishermans Bend Taskforce, Department of Environment, Land, Water and Planning will discuss the project in greater detail at the Victorian Transport Infrastructure Conference.
The 9th Annual Victoria Transport Infrastructure Conference 2017 will convene on the 21st and 22nd of March 2017 at the Melbourne Convention and Exhibition Centre with an Opening Address from the Hon. Jacinta Allan, Minister for Public Transport.

05-13-2019 | Arts & Culture
Halo Publishing International
Teen Author Victoria R. Maybury Pens Unique Young Adult Novel
Upcoming teen author Victoria R. Maybury was six years old when she found her passion for writing and storytelling. San Antonio, TX, USA, May 10, 2019 -- In the words of Tom Hiddleston, "You never know what's around the corner. It could be everything. Or it could be nothing. You keep putting one foot in front of the other, and then one day you look back, and you've climbed a mountain."
02-15-2017 | Logistics & Transport
Expotrade
Value Capture Looms Large in Victoria
With numerous projects proposed and underway across Victoria, value capture has emerged as an innovative strategy to fund major infrastructure works. As governments explore more efficient ways of funding critical transport works, the value capture mechanism provides innovative opportunities and new challenges for the Australian infrastructure sector. Value capture, a type of public financing that recovers some or all of the value generated by public infrastructure, has sharply risen in popularity
11-22-2016 | Logistics & Transport
Expotrade
Victoria Infrastructure’s 30 Year Strategy for the State
As Melbourne's population is forecast to hit 10 million by the 2050s, infrastructure strategies and innovation come at a crucial time. Collectively, the state will consider infrastructure priorities and necessities in the decades to come. With the release of Victoria Infrastructure’s first ever 30-year infrastructure strategy, the state is set to discuss the draft’s proposed developments and projects before the review of the final strategy in parliament in late 2016.
08-08-2011 | Business, Economy, Finances, B …
Victoria Plumb Ltd
Victoria Plumb Expand Odessa Oak Range
Hull, United Kingdom (1st August, 2011) - Victoria Plumb, a leading UK online luxury retailer of bathroom furniture and accessories, recently expanded the Odessa Oak range which is in addition to the best selling bathroom collection. Victoria Plumb only offers exceptional bathroom furniture which is extremely modern and stylish, and their affordable and competitive prices have made them one of the leading online bathroom suite retailers in the UK. Victoria
06-28-2011 | Business, Economy, Finances, B …
Victoria Plum Ltd
Victoria Plumb Introduces PayPal Payments
Hull, United Kingdom (21 June, 2011) - Victoria Plumb, a leading UK online luxury retailer of bathroom furniture and accessories, announce that from 7th June 2011 they will be introducing PayPal payments on their website. Victoria Plumb is passionate about designer bathroom furniture which can cater to both modern and traditional homes. Victoria Plumb continually strive to provide their customers with the finest bathroom furniture ranges on the market, which
06-27-2011 | Business, Economy, Finances, B …
Victoria Plumb Ltd
Victoria Plumb Featured in PeriodIdeas.com Magazine
Hull, United Kingdom (21 June, 2011) - Victoria Plumb, a leading UK online luxury retailer of bathroom furniture and accessories, recently featured in PeriodIdeas.com magazine July 2011issue. Victoria Plumb is a leading provider of contemporary bathroom furniture which is available in a variety of styles and colours. Whether a customer is looking for bathroom furniture for their traditional or modern home, they are sure to find the finest bathroom suites
Comments about openPR
We publish our press releases on openPR.de because we like people who are "open" - just like us.
Frank Obels, CEO, INCONET - Informationssysteme, Communication und Netzwerkberatung GmbH