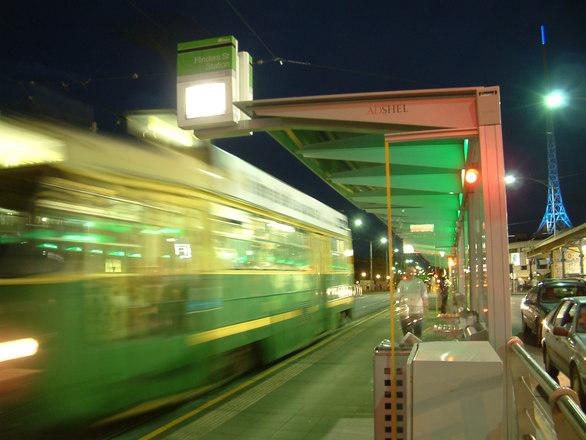 As Melbourne's population is forecast to hit 10 million by the 2050s, infrastructure strategies and innovation come at a crucial time. Collectively, the state will consider infrastructure priorities and necessities in the decades to come.
With the release of Victoria Infrastructure’s first ever 30-year infrastructure strategy, the state is set to discuss the draft’s proposed developments and projects before the review of the final strategy in parliament in late 2016.
The blueprint will aim to address areas in need of improvement including congestion and housing and to provide infrastructure which will increase Victorian’s access to essential services such as jobs and education in order to build and sustain the state’s businesses, industries and communities.
The draft outlines a number of initiatives to be delivered over the next three decades to shape the best possible outcomes for the state in years to come. Initiatives range from construction projects to regulatory measures concerning transport pricing and affordable housing.
The 30-year strategy will allow the state to prepare for population change, reduce disadvantage, connect people to jobs, increase workplace participation to offset an ageing population, drive productivity, support the economy and look at strategies to produce and consume resources in an environmentally friendly manner.
Major road developments form an important part of the plan with projects such as the North East Link, a $5-10 billion link from the Eastern Freeway to the M80 Ring Road, estimated to be built in approximately ten to 15 years. In the next 15-30 years, the plan forecasts the need for both an East West Link and an outer metropolitan ring road.
Transport development proposals focus on airport service upgrades including the Melbourne Airport rail link, valued at $3-5 billion as well as creating a priority bus lane to the airport within ten years. Metropolitan bus networks are also under proposal to be overhauled in the next five years.
Fishermans Bend could become an important new hub in the expanding CBD under the Melbourne Metro 2 proposal which would see a tunnel connecting Clifton Hill to Fishermans Bend, in the next few decades. Trams would also see extended services to Fishermans Bend and Footscray within the next five to ten years.
Under the plan, the regional rail link could see new stations with extra tracks added in Geelong, Werribee and Wyndham. It also envisions level-crossing removals, beyond current targets of 50 carried out within the next five years.
Discussion of Victoria Infrastructure’s 30-year strategy will form a major part of the 9th edition of the Annual Victorian Transport Infrastructure Conference highlighting the largest construction and public transport works underway throughout Victoria including road, airport, port and rail redevelopments.
Engaging with government and private representatives, conference delegates will learn about short and long-term transport and infrastructure priorities for the state that will enhance social, economic and environmental outcomes in both metropolitan and regional areas.
Major infrastructure projects on the conference agenda include the Melbourne Metro Rail, the Western Distributor and the CityLink Tulla Widening. Innovations including new rail tunnels, freeway upgrades and river crossings will also be under discussion as well as extensive road upgrade overviews.
The 9th Annual Victoria Transport Infrastructure Conference 2017 will convene on the 21st and 22nd of March 2017 at the Melbourne Convention and Exhibition Centre. The Conference is a crucial event in the major transport projects calendar underscoring key developments and outlooks for the state with valuable input from industry leaders.