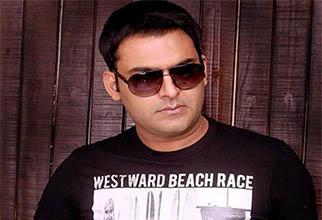 Karan Johar's chat show 'Koffee With Karan' is one of the favourite chat shows of all times. While the audience gave a massive response to the earlier four seasons, Karan is back with the fifth season of the show. And this time Karan will dig into the personal lives of the guests which he will be inviting on his show. Three episodes for which have already been aired.Recently comedy king Kapil Sharma made his debut on the show and has already shot for one of the episodes. Known for his perfect comedy timing Kapil will surely have a gala time on the show and we are sure that we will be treated with some of the witty jokes cracked by the duo. Apart from the rapid fire round, the next high point of the show is the 'Koffee with Karan' hamper. As the show has now been a bit more interesting, the hamper is much more interesting. Filled with lots of goodies, right from technology to food it has all the surprises one has dreamt of.While everyone wanted to know as what goes inside the hamper, Kapil Sharma gives us a sneak-peek into it by sharing two pictures on his Twitter handle. The hamper includes yummy looking chocolate cookies, Nordic Kandie chocolates, a bottle of Champagne and gift vouchers of Kohler and Louis Vuitton.The hamper is just worth a win.Check out the hamper here.#G-1, New Udyog Mandir 2 Moghul Lane, Mahim (W) Mumbai 400016 India#G-1, New Udyog Mandir 2 Moghul Lane, Mahim (W)

09-03-2020 | IT, New Media & Software
Hexaview Technologies Inc.
Hexaview Hosted A Webinar for Employees on Financial Planning For a Flourishing …
We all want to have an extra wad of rupees in our accounts. Don't we? But how do we save more when there are expenses in line? Or how do we invest proactively? Or what role does PPF/EPF play? What financial aspect is important & what is not? Hexaview wants everyone to have a better understanding of how to prioritize their finances better which would help them invest and
02-23-2018 | Leisure, Entertainment, Miscel …
Mistose
Mistose all set to participate in Pune Flora Expo 2018
The makers of beautiful planters to make their presence felt in South Asia’s premier meeting ground for the flora industry. Mistose is all set to make a splash at this year’s Pune Flora Expo. The three-day International Expo to be held from 23rd to 25th February is the premier meeting ground in South Asia for the flora industry. Mistose manufactures designer planters for indoor and outdoor spaces for homes, offices, hotels, resorts,
01-29-2018 | Business, Economy, Finances, B …
Mistose
Mistose received overwhelming response from the visitors at Ahmedabad Flower Sho …
Mistose is the new creative design venture by the Ahmedabad based advertising and design agency, Litmus Branding. With Mistose, team Litmus has extended its designing expertise into the world of stylish planters that beautify ambient spaces. At the super successful Ahmedabad Flower Show 2018, which is an annual exhibition organized by the Ahmedabad Municipal Corporation (AMC), a whopping 15,000 plus people visited the sprawling stall of Mistose. We received a
01-14-2012 | Business, Economy, Finances, B …
Kapil Gupta to Speak At OMCAR 2012
Kapil Gupta to Speak At OMCAR 2012
OMCAR 2012, about to be held on 13th January 2012 at New Delhi will see coming together of some of the biggest names from the online marketing industry and brands from various niches. Different brands addressing at OMCAR 2012 will talk about their successes and failures with social media! One amongst the speakers is Kapil Gupta, CEO & Founder, OMLogic Consulting. Mr. Kapil Gupta, CEO & Founder, OMLogic Consulting shall
09-20-2011 | Science & Education
Institute of Management Technology
Kapil Sibal, Minister for HRD and IT Inaugurates IMT Ghaziabad’s Latest Additi …
The fourth campus of IMT gets established. The latest addition to Institute of Management Technology, Ghaziabad’s already credible kitty of Business schools, is Hyderabad now. With a resounding success of Nagpur and the Dubai branches, the school initiated the beginning of a school in the South on July 2nd, 2011. The inauguration was an occasion, presided by the country’s honourable minister of Human Resource and Development and Information Technology, Mr.
11-24-2010 | Advertising, Media Consulting, …
Big Brands India
Kapil Dev gives away BIG Brands Awards for Business Excellence
BIG Brands Research, one of India’s leading market research companies, today organized a gala Excellence Awards Ceremony to felicitate North India’s leading companies and professionals who have displayed unmatched excellence in either manufacturing, healthcare or services industries. Legendary cricketer, Mr. Kapil Dev was the chief guest at the event and gave away the award certificates to the winners, which included Delhi-NCR’s several prominent manufacturers, services companies and professionals including Arena
Comments about openPR
Your portal is fast, simple, and easy to use. Others may have more functions but they also demand more editing time, you have to preformat the text in order to achieve a good result etc. I think openPR is really fantastic!
Andreas Knepper, wallmedien AG