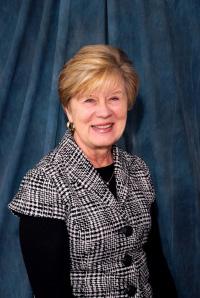 Linda Maria Frank, author of ‘The Mystery of the Lost Avenger’, has been chosen as a finalist in the 2016 ’50 Great Writers You Should Be Reading’ Awards contest. Frank was chosen as the result of a public voting process."It's a thrill to be chosen as a finalist," Frank stated. "It's what writers write for, the ability to say something or to tell a story that readers are inspired or entertained when they read your work. Stories help people to connect."Letters can really change a life. In Linda Maria Frank’s latest Annie Tiller Mystery, the teen detective and her boyfriend, Ty Egan, bump into the intrigue of a past time in American history. A letter from the United States Navy links Annie’s great grandmother with a plane crash from 1943.A packet of letters between great grandmother, Charlotte Wheeler, and her Navy pilot finance, Frank Bradenton, hint at dangerous goings-on in the defense plant where Charlotte test and flies Avenger fighter planes to military bases on the West Coast.Annie and Ty become code breakers, delving into the heart-stopping world of World War II to solve 'The Mystery of the Lost Avenger'.Other books in The Annie Tillery Mystery Series include 'The Madonna Ghost', 'Girl with Pencil, Drawing', and 'Secrets in the Fairy Chimneys'. Reviewers have high praise for Frank's Annie Tillery Mystery Series. One reviewer stated, “Linda Frank might as well be the next Carolyn Keene with her new age mystery luring readers from every angle--suspense, romance, and modern forensics. This is a perfect book for all ages, particularly young readers who might find Nancy Drew a bit old-fashioned. Written in a way where every chapter leaves you with a crisp, familiar image of each character and location.”Linda Marie Frank is available for media interviews and can be reached using the information below, or by email at lmf217@hotmail.com. All of Linda Frank’s works are available at Amazon. Readers are encouraged to vote at The Authors Show site. More information is available at Frank’s website.Linda Marie Frank is a native of New York City. Her life-long career has been in teaching. She taught in Seaford, in the Middle School when it was a Junior High, and in the High School. She taught science, ending her career in the high school as Department Chairperson, teaching biology, chemistry and forensic science. She went on to teach at Hofstra University, forensic science and biotechnology. She also supervised science student teachers at Adelphi University.It was her forensic science courses coupled with her love of Nancy Drew and other mystery heroes that led her to write the Annie Tillery Mysteries, ‘The Madonna Ghost’ and ‘Girl With Pencil, Drawing’, 'Secrets in the Fairy Chimneys' and 'The Mystery of the Lost Avenger'.She was awarded the Seaford High School Teacher of the Year in 1989, and received an award from the American Association of University Women in 1995 for inspiring young women to pursue the field of science.Frank also produces a TV show, The Writer’s Dream, on LTV-EH, a local access station in East Hampton, as well as Long Island Cablevision.PO Box 1613 Shallotte, NC 28459 http://www.lindamariafrank.com