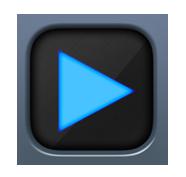 Recently Apple has launched the latest iOS version 10 and it started a huge commotion among its users. It is still a hot topic on large press, article, blog and social media websites. In the same week, a new version of playerXtreme was also released and had many new features introduced to the users. PlayerXtreme is now also supported in iOS version 10 and works perfectly fine. With a few amendments made, PlayerXtreme can be downloaded and used on iOS 10. PlayerXtreme is the best-accelerated media player app that is supported on both Android and iOS platforms. The number of downloads is increasing at an exponential rate.The reason for the increase in downloads is that it provides a complete package for entertainment and fulfillment of needs regarding it. It covers up almost all needs regarding watching videos, music, and movies. It allows local area networking with the help of which you are just a touch away from the files present on Mac/PC's, iPods, iPads, iPhones etc. You can access and play files with your iOS device by establishing a common Lan network. You can easily watch movies with PlayerXtreme anytime anywhere. It supports all video formats and you don't need to have different media players to play various formats. It also supports all formats on chromecast and airplay mode.You can watch HD 1080p videos with PlayerXtreme Media Player. Its also allows you to watch videos and movies on different online streaming sites. While watching movies you can use features like video speed adjustments, video cropping, screenshots, subtitles downloads etc. It allows you to form folders and you can arrange your files according to your preferences. It also enables you to set a passcode on the files and folders you don't want to see. In this way, it restricts the third party to view only allowed content, thus it mains security and privacy. Alternatively, you can also hide files from being viewed. PlayerXtreme has made life easier for iOS and Android users on so many levels and has made it enjoyable to use. It's user-friendly and through one to one messaging feature, the support team is actively ready to respond to any questions users have regarding PlayerXtreme.Download Now: https://itunes.apple.com/us/app/playerxtreme-media-player/id456584471?mt=8Xtreme Media was designed PlayerXtreme with the idea that Videos and Movies should be easy to play and available on all devices across your home.Company Name: Xtreme Media WorksFull Postal Adress: 130 West 54th St New York, USAContact Information: 042-35172813

07-23-2018 | Advertising, Media Consulting, …
HTF Market Intelligence Consulting Pvt. Ltd.
Blu-Ray Player Market Huge growth in Future | Leading Key player Aurora Blu-ray …
HTF MI recently introduced Global Blu-Ray Player Market study with in-depth overview, describing about the Product / Industry Scope and elaborates market outlook and status to 2023. The market Study is segmented by key regions which is accelerating the marketization. At present, the market is developing its presence and some of the key players from the complete study are Aurora Blu-ray Media Player, Aiseesoft Blu-ray Player, Sony, Samsung, Panasonic Corporation,
05-15-2017 | Leisure, Entertainment, Miscel …
LastThink
Ukrainian Radio LIve - Internet Stream Player
This Ukrainian Live Radio hosted by the smartest professionals, will serve the ultimate Radio broadcasts feasible in any country. The following application is compatible only with iPhone, iPod and iPad touch meanwhile, is very easy to use. The premium Radio Stations enable you not to miss the newsworthy information about diverse events occurring in Ukraine, miscellaneous entertaining programs, state-of-the-art music of renowned singers and indeed daily weather forecast. It is
05-11-2017 | Leisure, Entertainment, Miscel …
LastThink
Togolese Radio LIve - Internet Stream Player
Togo Live Radio is created to meet our users’ demands and expectations. This innovative application is full of comprehensive Radio Stations, which are renewed and expanded from time to time by the smart individuals. The following app is free and provides you with an exclusive opportunity to listen to your favorite music and newsworthy programs, as well as news from diverse countries awing to its broadband connection. Togo Live Radio
04-27-2017 | Leisure, Entertainment, Miscel …
LastThink
Haitian Radio Live - Internet Stream Player
This ultimate Haitian Live Radio is created to serve the premium Radio Stations available in any country. The following application is compatible with iPhone, iPad and iPod touch meanwhile is very easy to use. This is a wireless telegraphy which broadcasts advanced Radio Stations from all over the globe. Sample this iOS application and be aware of the latest events occurring in your as well as in diverse countries, obtain Haitian cultural
04-25-2017 | Leisure, Entertainment, Miscel …
LastThink
Egyptian Radio LIve - Internet Stream Player
Offering the ultimate Egyptian Live Radio, we tend to provide our users with an unbeatable application, which is compatible only with iPhone, iPod and iPad touch. This exclusive application serves the premium Radio Stations available in any country. So, pamper yourself to get acquainted with a comprehensive range of entertainment options. You are enabled to listen to the state-of-the-art music of renowned singers, spectacular programs as well as newsworthy information
01-21-2011 | IT, New Media & Software
OttData
Roku Streaming Player Store Site Launch
As a new client you’ll notice that all these product lists are updated on timely basis. The website sells these items in coordination with Amazon.Com, in order to make sure that all the transactions are carried out through a reliable and trustworthy medium. Currently, you’ll find enticing products such as High-Def Media Server with HDMI, Roku HD-XR Player, and VTech IS9181 WiFi Internet Radio with Access to Online Content. In addition
Comments about openPR
OpenPR is clearly structured and remains true to its principle of confining itself to the essential parts. OpenPR has proven to be a very good and reliable partner to our media agency: Within the shortest time the releases are online and go down well with the media representatives. The success of OpenPR is reflected in the steadily increasing number of press releases. It is good that OpenPR exists!
Ursula Koslik, Director Marketing & PR, F+W Hamburg