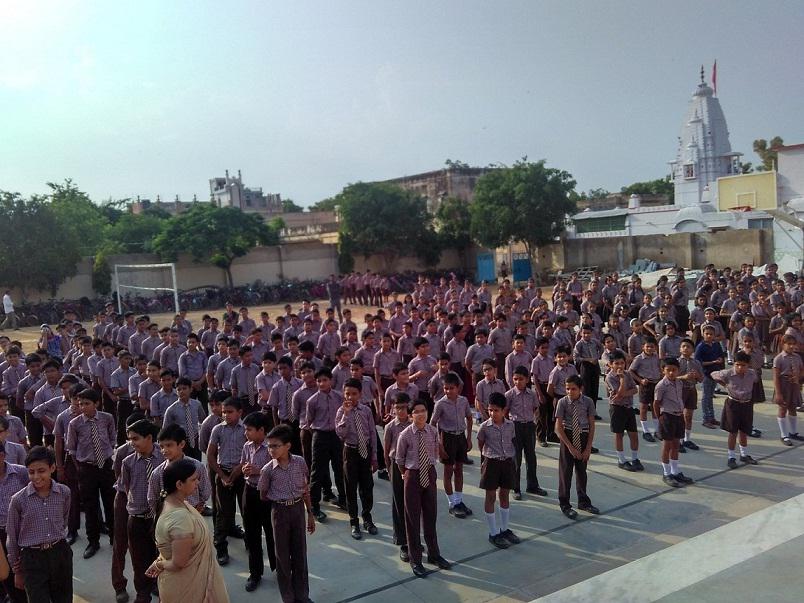 When Teenage girls are empowered, made aware of their rights and are given the tools as well as opportunity to succeed, they become agents of positive change in their communities. In 1989, the Governing Council of UNDP recommended that 11 July every year be observed as World Population Day as it was on that date in 1987, world population became 5 Billion. The theme for 2016 is Investing in Teenage Girls as all over the world they face enormous challenge. Many parents consider them ready for marriage and motherhood. Many are forced to give up their pursuit of education thus damaging their future prospects. Statistically speaking, every second there are 4.3 births and 1.8 deaths which results in net population gain of 2.5 per second. Increase in population is more due to decrease in death rates because of improvement in medicine, agriculture, technology, education, disease prevention, immunization schemes etc. Life expectancy has jumped from 30 to 67 years between 1800 and 2005. Life expectancy in developed countries is 77.1 years while in poor countries its 55.9 years and further low in sub Saharan African Countries. In 1000 AD the global population was 400 million and it took 750 years more for it become 800 million. In 1804 it became 1 billion, in 1927 doubled to 2 billion, reached 3 billion in 1960, 5 billion in 1987, 6 billion in 2000, 7 billion in 2012 and presently is 7.4 billion. In 2030, the global population is expected to be 8.5 Billion and in 2050 9.7 Billion. Top 5 countries population wise are China 1.38 billion, India 1.32 billion, USA 324 million, Indonesia 260 million and Brazil 209 million. In a lighter vein, if popular social media network Facebook is a country then with 1.39 billion people logging on, it would be the most populous nation across the globe. The problems of the world are not due to over population but due to over consumption and inequalities in resource distribution. Highlighting the above details, well known alumnus of BITS Pilani Prof BR Natarajan presently advisor to Sangam University Bhilwara addressed the students of JMA Pilani and urged them to pay attention to issues in Rajasthan such as one in four girls are married before legal age of 18, maternal mortality rate is 23.9, with 52.1 % women literacy which is below All India norm and the CSR in age group 0-6 having 888 girls per 1000 boys as per 2011 census.Smt. Jamuna Mishra Academy (JMA) established in the year 2004 which has been making rapid strides in early childhood education is presently one of the most sought after schools at Pilani Rajasthan well known in India today for BITS Pilani University as well as CSIR Laboratory CEERI. JMA Pilani is a Co-educational English Medium School with Experienced Teachers, Spacious Classrooms and Modern Amenities designed to impart Quality Education combined with All Round Personality Development and lay the Best Foundation for the Child’s Future. JMA which started in 2004 with an enrollment of 60 students for the Nursery, LKG, First Junior and Class I has grown today till Class XII and enrollment of 900. While the school admits both boys and girls, the girl student enrollment has been steadily rising every year and is presently nearly 50% of the total strength. The school has NCC for boys and the school girls band has been winning laurels every year too. Yoga and Fine arts are not just part of school routine but a way of life for the students.Mrs Booma Natarajan, M.Sc., M.A., B.Ed. Principal, Jamuna Mishra Academy – JMA Near Old Pilani Post Office Pilani Rajasthan 333031 India Phone 91-1596-242314 Email booma_pilani at yahoo.co.in Website: http://jmapilani.org/

05-16-2018 | Business, Economy, Finances, B …
TMR Research
Petroleum Dyes Market Rising Population Demand 2025
Global Petroleum Dyes Market: Overview The global market for petroleum dyes is expected to attract commendable demand over the coming years. The growth of the market owes to the advancements in the petroleum industry and the willingness of the fuel-sellers to bring about positive change in their quality index. Petroleum dyes come in handy while adding color to gasoline and petroleum products, and are a class of unsaturated substances. The high
05-23-2017 | Health & Medicine
MarketResearchReports.biz
Burgeoning Geriatric Population Driving Global Anticoagulants Market
"The Report Global Anticoagulants Market: Size, Trends & Forecasts (2017-2021) provides information on pricing, market analysis, shares, forecast, and company profiles for key industry participants. - MarketResearchReports.biz" MarketResearchReports.biz has announced the addition of the report titled, “Global Anticoagulants Market: Size, Trends & Forecasts 2017 - 2021,” to their offering. The report furnishes crucial information about the market such as its size, the competitive landscape, and its growth prospects going forward.
04-06-2016 | Industry, Real Estate & Constr …
Feltrim Group
Orlando top for tourism and population growth
Orlando is not only the number one US destination for visitors, but it is also is top for population growth in the nation’s largest regions, new figures show. According to the latest US Census Bureau figures, the region added more than 60,400 net new residents in the year to July 2015, to reach a total population of 2,387,138, up 2.6% year-over-year. The growth rate led the country’s 30 largest regions and the
07-14-2011 | Science & Education
JMA Pilani Rajasthan
World Population Day at JMA Pilani Rajasthan
No one anywhere has a doubt that educational empowerment alone can transform children in India today into powerful agents of social change for India tomorrow. The tremendous interest generated by the Day of 5 Billion on 11 July 1987 led to the establishment of World Population Day as an annual event. For more than 20 years, 11 July has been an occasion to mark the significance of population trends and related
06-08-2011 | Energy & Environment
Global Forestry Investments
Tiger Population Still Struggling Despite Rise
Between 2006 and 2010, the tiger population has seen a 20% increase, meaning renewed hopes for the survival of the Royal Bengal Tiger. The All India Tiger Estimation puts the total figure at 1,706. Whilst this is promising, environmentalists are still concerned about the declining size of the habitat tigers occupy. In 2006, India’s tigers roamed around 93,600 square km – last year that figure stood at 72,800 square km. "There is
08-20-2007 | Science & Education
Austrian Science Fund FWF
Genetic Engineering – Influence of EU Population Growing
National movements campaigning against genetic engineering are helping to democratise the EU. That was the result of a recently completed Austrian Science Fund FWF project led by an independent researcher. According to the study\'s results, the almost simultaneous mobilisation of national populations reinforces public protest at a European level. The project therefore provides an optimistic outlook for the growing influence of the general population on EU decision-making processes. The controversy surrounding
Comments about openPR
OpenPR is clearly structured and remains true to its principle of confining itself to the essential parts. OpenPR has proven to be a very good and reliable partner to our media agency: Within the shortest time the releases are online and go down well with the media representatives. The success of OpenPR is reflected in the steadily increasing number of press releases. It is good that OpenPR exists!
Ursula Koslik, Director Marketing & PR, F+W Hamburg