Go for victory with the European Football Championship Predictor app—powered by Windows Azure! 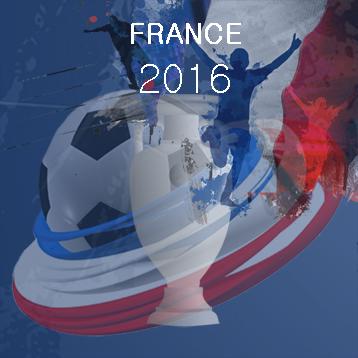 Available on Android, iOS and Windows devices, the predictor adventure, a new mobile sports game for Windows Azure based gaming platform tlive, has been passed iTunes certification just in time for UEFA European Football Championship! The European Football Championship - the most exciting and glamorous football competition this summer - is about to start for the 2016 tournament. Can Sergio Ramos lead Spain to defend their title? Can Ronaldo snatch the cup for Portugal? Will this be the year Schweinsteiger, Müller and colleagues re-establish Germans 2014 World cup dominance or will Italy reawaken past glories? The only thing as exciting as watching the European Football Championship is playing along with it and predicting the results with friends and proving you know the most about the competition, teams and players - Predictor for European Soccer Championship is the app that lets you do just that! Fans in over 246 countries around the world can enjoy with this app the championship first hand and could be part of this big sport event this summer because just in time the iOS version passed the iTunes certification. Download now for free from the Apple iTunes Store Predictor for European Soccer Championship from triomis - is available for iPad, iPhone or iPod Touch and any device running iOS 6 or later. Players can not only predict the results of matches but also get the latest goal alerts, news about the tournament and teams, download football wallpapers, ringtones and compare their scores with players from their country or all over the world! Thea app is also available for Android smartphones and tablets, Windows smartphones and devices running Windows 10. Users can play against friends and other users no matter what device they are using. Andreas Thurek, CTO of triomis said: “We are excited that we can provide our Predictor for European Soccer Championship for Apple devices! We have taken our experience and knowledge of building apps for other platforms like Windows Phone and Android and can bring that excellence to the iTunes store.” France will open UEFA EURO 2016 against Romania in St-Denis on 10 June while Spain start their defence versus the Czech Republic. Fast download the app and set your prediction. Get it here: iOS: http://apple.co/28eVLns Google Play: http://bit.ly/1RVamZ9 Windows Phone: http://bit.ly/1qlA1BBPredictor for European Soccer Championship was created by triomis. triomis is one of Germanys leading mobile development companies building apps for the most popular marketplace like iTunes, Google Play and Windows Phone Store. triomis is partner for innovative information technology. triomis helps organizations in all phases of the software life cycle. The bunch of services of triomis starts with evaluation, development, deployment, quality control to supply permanent strategically development of the solution. The company was founded in 1992. Customers of triomis are companies of the telecommunication-, financial- and insurance-business, the media and the commerce-business. The company was founded in 1992. Customers of triomis are companies of the telecommunication-, financial- and insurance-business, the media and the commerce-business.Stephan Thurek triomis GmbH Turiner Weg 5 44269 Dortmund Tel. +49 (0) 231 – 5 19 19 10 Fax. +49 (0) 231 – 5 19 19 22 Email: presse@triomis.de Web: http://www.triomis.de Connect with us on Social Media! Twitter - https://twitter.com/triomis or @Triomis

You can edit or delete your press release Go for victory with the European Football Championship Predictor app—powered by Windows Azure! here

01-28-2016 | IT, New Media & Software
triomis GmbH
Flappy XMAS Rooster released - new mobile game for Windows Azure gaming platform …
Flappy XMAS Rooster released—new mobile game for Windows Azure gaming platform tlive December 2015 – Available on Android, iOS and Windows devices, the crazy Flappy XMAS Rooster adventure has been unleashed around the world just in time for Christmas. Play now and become the Flappy XMAS Rooster champion this Christmas Just like Santa and his elves, app creator triomis have been busy in their workshop creating this year’s most exciting Christmas
08-08-2011 | IT, New Media & Software
triomis GmbH
triomis with first certified solution for Microsoft Dynamics CRM on marketplace
triomis GmbH announced today that its vat calculator for Dynamics CRM 2011, which , is now Certified for Microsoft Dynamics, which signifies that the solution has met Microsoft Corp.’s highest standard for partner-developed software. By successfully meeting all certification requirements, triomis vat calculator for Dynamics CRM 2011 can now carry the distinct Certified for Microsoft Dynamics logo. Solutions that are Certified for Microsoft Dynamics have demonstrated development quality and compatibility with
06-25-2009 | IT, New Media & Software
triomis GmbH
triomis Counted Among Top Finalists for the 2009 Microsoft Worldwide Partner Con …
Today, triomis, member of CRM Vision Group, announced it has been selected as a 2009 Microsoft Worldwide Partner Conference Awards finalist in Office Business Application Partner of the Year. The Microsoft Partner Program Awards recognize Microsoft partners that have developed and delivered exceptional Microsoft-based solutions over the past year. Awards will be presented in a number of categories, with winners chosen from a pool of nearly 2,000 entrants worldwide and

09-18-2018 | Health & Medicine
Euroscicon Ltd.
Euro Ophthalmology 2019
The 2nd European Congress on Ophthalmology going to be held amid March 21-22, 2018 at Amsterdam, The Netherlands, which unites a one of a kind and worldwide blend of substantial and medium pharmaceutical, biotech and symptomatic or diagnostic organizations, leading universities and clinical research companies making the meeting an ideal stage to share understanding, encourage coordinated efforts crosswise over industry and the scholarly community, and assess rising advancements over the
03-19-2018 | Health & Medicine
Conference Series LLC LTD
Euro Surgical Pathology 2018
Rome, Italy welcomes you all to share Medical Knowledge and Experience at our upcoming "14th International Conference on Surgical Pathology and Cancer Diagnosis, May 17-18, 2018. Some of the main sessions "to-be-covered" are • Surgical Pathology and Diagnosis • Cancer Pathology • Breast Pathology • Gynecologic Pathology • Gastrointestinal and Liver Pathology • Neuro Surgery and Pathology • Oral and Maxillofacial Pathology • Dermatopathology • Genitourinary Pathology • Cytopathology & many more! Holiday Inn Rome - Aurelia Via Aurelia Km 8,400 00163 Roma Italy
01-13-2017 | Health & Medicine
ConferenceseriesLLC
20th Euro Congress on Psychiatrists and Psychologists
Theme: Achieving mental wellness by understanding human mind through Psychiatric approaches Description: Euro Psychiatrists 2017 (CME Accredited Event) will provide an opportunity for all stakeholders working on mental health issues to talk about their work. Euro Psychiatrists 2017 will congregate renowned speakers, principal investigators, experts, psychiatrist and researchers from both academia and health care industry will join together to discuss their views and research. Conference highlights 1. Psychiatry 2. Psychology 3. Child and Adolescent Psychology 4. Psychosis And Adverse
01-02-2017 | Health & Medicine
Euro Biotechnology
17th Euro Biotechnology Congress
Conference Series LLC extends its warm welcome to 17th Euro Biotechnology Congress during September 25-27, 2017 at Berlin, Germany with a theme “Novel Trends and Innovations in Biotechnology for Making Life Better”. Conference Series LLC through its Open Access Initiative is committed to make genuine and reliable contributions to the scientific community. Scope and Importance Euro Biotechnology Conference aims to bring together the Professors, Researchers, scientists, business giants, and technocrats to provide
06-30-2016 | Industry, Real Estate & Constr …
Euro Facade Tech
Euro Façade Tech Glazing Systems
Virtually any type of glazing system can be used with structural glass facades. Check out the options with Euro Façade Tech. FRAMED Framed systems support the glass continuously along two or four sides. There are many variations of framed systems, most of which fall into two general categories. Conventional unitized curtainwall systems are seldom used with structural glass facades. STICK Stick-built glass facades are a method of curtainwall construction where much of the fabrication
05-18-2016 | Tourism, Cars, Traffic
Traveltext Ltd
Traveltext's alternative Euro 2016
You don’t even have to be a sports fan to know that this summer, the England football team will be heading off to the latest major international tournament with the hopes of a nation resting on the shoulders of the likes of Wayne Rooney, Jamie Vardy and Dele Alli. The fact that the tournament has expanded this year to include no fewer than 24 nations means that the eyes of Europe
Comments about openPR
I can't but agree to the positive statements about your portal: easy to use, clear layout, very good search function, and quick editing!
Jens O'Brien, Borgmeier Media Communication