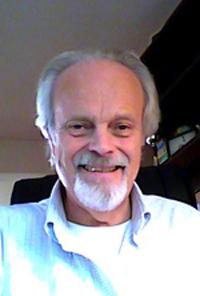 03-23-2016 | Arts & Culture
Patrick Brigham
Immigration, Terrorism, Murder And English Detectives - New Crime Thriller, 'The …
Award winning author Patrick Brigham has released 'The Dance Of Dimitrios'. The new crime thriller is a riveting mystery novel that mixes a fictional English detective with real world events drawn from today's headlines. DCI Lambert, who works for Europol, is sent to Greece in order to solve a cold case. Greece is the gateway into Europe for Middle-Eastern migrants, political refugees and terrorists. In the storyline, a woman's body found

03-05-2021 | Advertising, Media Consulting, …
Ken Research Pvt Ltd
Bulgaria Agriculture Market, Bulgaria Agriculture Industry, Bulgaria Agriculture …
Agriculture sector plays a crucial role in the Bulgarian economy. Agriculture includes hunting, forestry, and fishing, as well as cultivation of crops and livestock production. The agriculture sector has the potential to be a vital source of foreign exchange earnings and can also produce huge amount of quality food for domestic population. Most significant advantage of this sector is the presence of well-established food research & development institutions. Bulgaria enjoys tremendous
08-04-2017 | Science & Education
education
Study in Bulgaria In English
Over the most recent few years Bulgaria is consistently turning into an interesting area for youthful daring voyagers, Europeans anxious to migrate to a tranquil and inviting state with safeguarded nature, wonderful ocean, captivating mountains and to wrap things up amazingly moderate average cost for basic items. It is stunning how Bulgaria, the most established state in Europe, has figured out how to keep its name and domain for more than
06-08-2017 | Business, Economy, Finances, B …
ReportsWorldwide
Agrochemicals Market in Bulgaria
ReportsWorldwide has announced the addition of a new report title Bulgaria: Agrochemicals: Market Intelligence (2016-2021) to its growing collection of premium market research reports. The report “Bulgaria: Agrochemicals: Market Intelligence (2016-2021)” provides market intelligence on the different market segments, based on type, active ingredient, formulation, crop, and pest. Market size and forecast (2016-2021) has been provided in terms of both, value (000 USD) and volume (000 KG) in the report. A
01-29-2013 | Advertising, Media Consulting, …
Bulgaria PR Office
SEO Conference 2013 Bulgaria
On March 22, over 400 people are expected to arrive at the Inter Expo Center Sofia in Bulgaria for the SEO Conference 2013. As noted on the SEO Conference Bulgaria – official site, the event, which will take place from 9 a.m. to 7 p.m., is the country’s main conference that focuses on search engine optimization and marketing. It is also an outstanding meeting place for customers, optimizers and representatives
04-06-2009 | Industry, Real Estate & Constr …
PMR Publications
Construction market in Bulgaria 2009
The economic slowdown, a less substantial inflow of foreign capital, limitations on mortgage lending and a weaker economic climate among construction companies will cause the construction market in Bulgaria to start to decelerate in 2009. Civil engineering, which will continue to grow slightly in 2009, will not fully redress the decline in residential and non-residential construction. After impressive growth between 2005 and 2007, in H2 2008 the construction market in Bulgaria
04-11-2008 | Advertising, Media Consulting, …
CSA Bulgaria PR Office
CSA Bulgaria provides speakers for the Marketing Forum in Bulgaria
Sahar Hashemi and Jay Conrad Levinson will be among the key-note speakers at the Second Marketing Forum in Bulgaria, organized “Capital” business weekly. Both key-note speakers are provided by CSA Celebrity Speakers Bulgaria, who officially opened its Bulgaria office in Nov. 2007 Sofia, Bulgaria – Sahar Hashemi – co-founder of Coffee Republic and Jay Conrad Levinson - the father of Guerilla Marketing will both participate with keynote speeches at
Comments about openPR
Your portal is fast, simple, and easy to use. Others may have more functions but they also demand more editing time, you have to preformat the text in order to achieve a good result etc. I think openPR is really fantastic!
Andreas Knepper, wallmedien AG