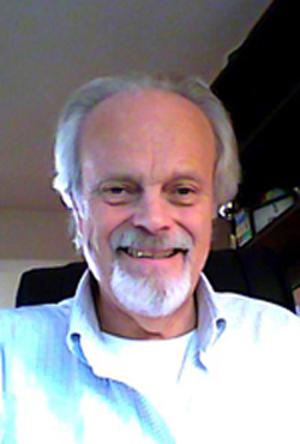 Award winning author Patrick Brigham has released 'The Dance Of Dimitrios'. The new crime thriller is a riveting mystery novel that mixes a fictional English detective with real world events drawn from today's headlines.DCI Lambert, who works for Europol, is sent to Greece in order to solve a cold case. Greece is the gateway into Europe for Middle-Eastern migrants, political refugees and terrorists. In the storyline, a woman's body found floating in a river in Northern Greece. Believed to be of Middle-Eastern origin, she is buried in a communal grave along with other Islamic victims of drowning and promptly forgotten. Surprisingly it is found that she is actually Marjory Braithwaite, an Englishwoman who has been living for some years in Greece. The British government turns to Europol for help and DCI Lambert is dispatched to Greece.Good books on the subject of international crime are few and far between, especially mystery stories which delve into the shady side of politics. Not many mystery novelists are prepared to address arms dealing, money laundering or people trafficking. Patrick Brigham has lived in the middle of the situations he describes in his novels, as he was the Editor in Chief of The Sofia Western News, the first English Language news magazine in Bulgaria. As a journalist Brigham knew the political players and witnessed the changes in this once hard core communist country, He knew the Communist Dictator Todor Zhivkov and his successors Zhelev and Stoyanov. Today he brings the flavor of those experiences to readers through engaging works of crime fiction."What seems to be a story to some, has been very real to me, as I watched reality unfold before me, and whilst governments turned a blind eye to the issue of illegal immigration," Brigham stated. "Now firmly in the media each day, back in the early 2,000s most illegal immigrants, either crept under the media radar or were ignored by the majority of self serving EU politicians. Some tried to use their public positions and scanty information to further their own trite ambitions, but mostly they ignored the problem altogether. Now that the dripping tap has become a torrent, they all sound so knowledgeable - after the event of course - but still remain unquestionably ignorant.""I write books about this and many other often unpalatable subjects, but I surround these thorny issues with good murder mystery stories - familiar territory to most readers - but with a backdrop of political intrigue, and true crime. DCI Mike Lambert is more than your average tired and disillusioned policeman, because of the way he thinks and takes his own council. He believes in teamwork, but is also busy looking out for himself - a loose cannon perhaps - but always true to himself. In 'The Dance of Dimitrios,' we see a dedicated copper doing his job, but also a man on the cusp, looking for love and romance and finding it; something which he has never really experienced' in a lifetime of police service."Readers have praised his novels. One stated, "I am an ex cop - he must of done a lot of research to get so many things right. I felt when reading 'Abduction' that Patrick was relating an investigation, he actually carried out." Another said, "'Abduction - An Angel Over Rimini' is an entertaining, gripping, and also an astonishing Europol procedural read, making you want to read more. I was drawn into the story right away. I felt close to Michael Lambert and his way of analysing and detecting. All relevant characters became pretty real. 'Abduction - An Angel Over Rimini' is a good read for mystery fans, readers who like surprises, and apparent coincidences."Patrick Brigham is available for media interviews and can be reached using the information below or by email at patrick.brigham@gmail.com. Books are available at Amazon, Amazon.UK, Smashwords and at his website. More information is available at Patrick Brigham's website.Patrick has been a writer and journalist for many years. He has published many short stories, newspaper and magazine articles. Born in the English Home Counties, he attended Public School and College before moving to London and embarking on his career. Having spent the last twenty years in South Eastern Europe, many of his stories are set in this part of the world as well as in Oxford, Hampshire and Berkshire. As the Editor in Chief of the first English Language news magazine in Sofia Bulgaria, between 1995 and 2000 - and as a journalist - he witnessed the changes in this once hard core Communist Country and personally knew most of the political players, including the old Dictator Todor Zhivkov and his successors Zhelev and Stoyanov.PO Box 1613 Shallotte, NC 28459 http://authorpatrickbrigham.com/

05-11-2016 | Arts & Culture
Patrick Brigham
A Murder Mystery Novelist Like No Other - Author Patrick Brigham Transforms Real …
Often, when we listen in on discussions about great works of fiction, we hear phrases such as 'It seemed so real' or 'It was like being there'. For murder mystery novelist Patrick Brigham, it IS real, as he has lived, and continues to live, right in the middle of the many of the storylines and situations he writes about, in The Balkans. As the editor in chief of the Sofia Western

08-04-2017 | Science & Education
education
Study in Bulgaria In English
Over the most recent few years Bulgaria is consistently turning into an interesting area for youthful daring voyagers, Europeans anxious to migrate to a tranquil and inviting state with safeguarded nature, wonderful ocean, captivating mountains and to wrap things up amazingly moderate average cost for basic items. It is stunning how Bulgaria, the most established state in Europe, has figured out how to keep its name and domain for more than
08-22-2016 | Science & Education
LastThink
English to Albanian Dictionary
This creative English to Albanian Dictionary will help you to better your Albanian (which is also an Indo-European language) and English Language limits. It offers the most careful words' translations, definitions, test sentences, novel words, et cetera. It is worth underlining that dictionary English Albanian is utilized without the required web access which may be hindrance for a couple individuals. This Offline English free Dictionary is greatly well known in
03-29-2016 | Science & Education
English Mastership Inc.
English Mastership provides spoken English courses online
United States 25-03-2016. English Mastership is the best source if you want to learn English online from highly expert tutors. To learn American English online will make you fluent English speaker and even make it possible to improve your English speaking skills. Everyone needs to be fluent English speaker and especially the businessman need to learn professional English skills which are essential for business meetings, presentations, negotiations, & customer relations.
05-09-2011 | Science & Education
Sprachinstitut TREFFPUNKT
English Courses via Skype
Flexible and efficient English language learning based on individual learning requirements - now possible with TREFFPUNKT Language Institute and Skype. At home, in the office, on the train to Berlin or in a Parisian hotel: wherever they are, students of TREFFPUNKT Language Institute now have the opportunity to learn English over the Internet. Initially these online courses were developed to allow former students of the school to build on their English
01-10-2011 | Science & Education
WEB MARKETING TEAM
English Language Certifications in Italy
TLC, the Learning Center of Tuscany, is part of the British Institutes Group as the main center in Florence, Italy. The school offers a wide range of English courses (http://www.learningcentertuscany.com/teach-english-as-foreign-language-courses.html) based on the English Communicative Method (ECM) and a comprehensive testing services (UCAS accredited) that results in the British Institutes certificate. The several courses provided by TLC are general group courses, private lessons, business English courses, on-site courses at business
09-18-2010 | Tourism, Cars, Traffic
vivardo Language Travel - Language Travel und Language Schools in Malta
Learn English in Malta
Learn English in Malta with its warm Mediterranean climate, clear blue sea, sandy beaches, vibrant nightlife as well as over 6000 years of history and culture; including 160 years of British Rule which have had a lasting effect on the country and its language. English is one of Malta's official languages (along with Maltese) so it can be heard all over the island making it easy to learn English in
Comments about openPR
OpenPR is clearly structured and remains true to its principle of confining itself to the essential parts. OpenPR has proven to be a very good and reliable partner to our media agency: Within the shortest time the releases are online and go down well with the media representatives. The success of OpenPR is reflected in the steadily increasing number of press releases. It is good that OpenPR exists!
Ursula Koslik, Director Marketing & PR, F+W Hamburg