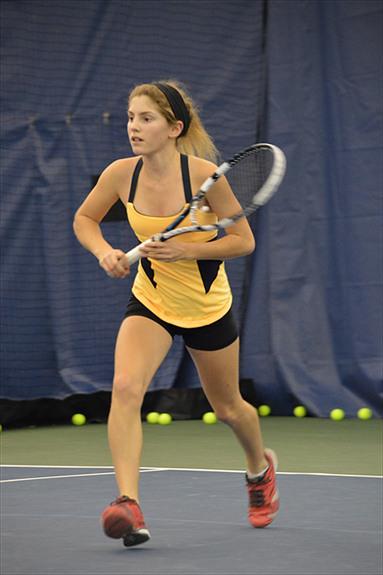 Young tennis playing hopefuls from across Long Island will be out in force at SPORTIME Syosset, the Long Island home of the John McEnroe Tennis Academy (JMTA), on Thursday, June 9, to try out for scholarships to attend JMTA at SPORTIME Syosset for the 2016-17 season. The Tryout begins with registration at 5 p.m. concluding at approximately 8 p.m. following various tennis and athletic assessments.The Tryout, open to players ages 6-16, will be led by a Committee of SPORTIME/JMTA Directors and Coaches. The Committee will evaluate players as they engage in tennis drills, undergo athletic assessments and play matches. The scholarship winners will be notified by no later than July 31.SPORTIME Syosset, Long Island home of the JMTA, is located at 75 Haskett Drive in Syosset. Parents of interested players can register online at www.SportimeNY.com/JMTAScholarship or can call 516/364-2727 to register in person. For more information, parents can call or email jmtatryout@sportimeny.com. Updates will also be posted online at www.SportimeNY.com/Syosset-Tennis. The registration deadline is Friday, June 3 at 5 p.m. ET.There is no fee for the Tryout, but entrants must pre-register. Proper tennis attire is required. Players will have access to locker room and shower facilities. SPORTIME Syosset features a full-service, on-site pro shop, including stringing services. Water will be available on court.“We have found many gems during our JMTA Syosset tryouts,” said JMTA Director Lawrence Kleger. “At this year’s tryout, we expect to find a high level of talent. As always, as we will be looking for young players with a unique level of commitment and the drive to succeed.”About SPORTIME SPORTIME is proud to operate the finest tennis facilities in New York State, with over 150 indoor and outdoor courts at 13 clubs across Long Island, in NYC, in Westchester and in the NY Capital Region. SPORTIME's clubs are state-of-the-art, yet affordable, and feature the best tennis facilities and programs, along with great gyms, camps and sports and fitness offerings. SPORTIME is proud to be the home of the John McEnroe Tennis Academy at Randall’s Island since 2010, with JMTA locations at Syosset/Bethpage, Long Island, and Lake Isle, Eastchester, since 2012.SPORTIME Syosset 75 Haskett Drive Syosset, NY 11791 (516) 364-2727