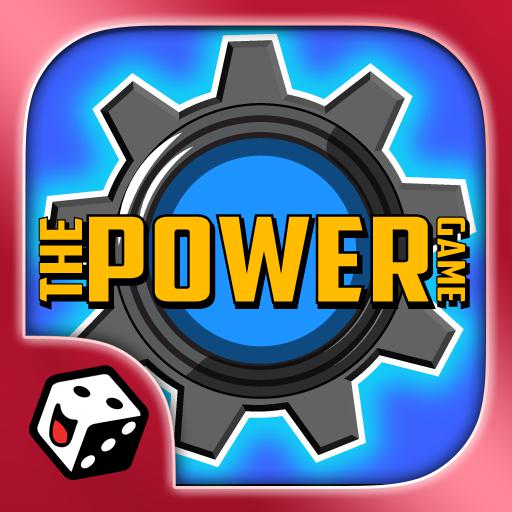 Hamburg, 04/20/2016 – On the occasion of this anniversary, we take a look at one of McCarthy’s great strategy games: The Power Game! Start from the beginning. Brian McCarthy is a pioneer. No, he’s a revolutionary! Always in search of new ways and always on the look-out for the perfect strategy game! The game should be as easy as possible and just subjected to few regulations! At the same time, the strategic complexity should be as high as possible. The result was the Power Game!Developed and produced back in the seventies, the Power Game achieved large sales. Several millions of games were sold worldwide! All in all it’s one of the most successful board games across Northern Europe! 40 years later, the Power Game is launched again as a superb digital re-birth of the game! Again, McCarthy found new possibilities to entertain the community of gamers from all over the world! Thanks to new technologies, it’s possible to play the classic board game on your Phone and Tablet. Play alone against the AI or challenge your friends – everywhere and at all times! The game is available for free on the App Store – try it out! Today, on April the 20th, the time has come – the game developer Brian McCarthy celebrates his 75th birthday. The LITE Games Team wishes him all the best and wants to thank him for the inspiration! In the matter of games, McCarthy is a real forerunner and we hope to experience even more innovations on your part! +++ +++ For further information, features and screenshots regarding the Power Game visit our homepage www.lite-games.com+++Basic Information: - The Power Game for iOS is completely free to play - Size: 74.0 MB - Compatible with iPhone, iPad and iPod Touch - Available worldwide since 03/11/2016 on the Apple App StoreLITE Games GmbH was founded in 2014 in Hamburg, Germany and focusses on developing and publishing "casual classics" for the mobile operating systems Apple iOS and Android. The constantly expanding portfolio of LITE Games currently comprises more than 30 games, the emphasis lies on the adaption of classical game concepts, and contains card games like Rummy, Canasta or Crazy Eights as well as board-, brain- or dice- games. With more than 25 million downloads and many internationally top ranking apps in the most important app stores (Apple, Google, Amazon) LITE Games is one of the leading providers of mobile casual games.Sven Jürgens Marketing ManagerLITE Games GmbH Mittelweg 24 d 20148 Hamburg/GermanyTel: (0)40 211 078 66 Mobile: (0)160 99 00 07 19 Fax: (0)40 211 078 67 Email: sven.juergens@lite-games.com Facebook: www.facebook.com/LiteGames

You can edit or delete your press release LITE Games congratulates Brian McCarthy – the inventor of the popular Power Game celebrates his 75th birthday. here

12-16-2016 | IT, New Media & Software
LITE Games GmbH
Mobile games publisher LITE Games releases iOS version of “Mills” with onlin …
Hamburg, 12/15/2016 - Casual games publisher LITE Games, headquartered in Hamburg/Germany, has released a big update for the iOS version of the successful app “iMills” today. About five years after the initial launch the update delivers the long anticipated online multiplayer mode as well as numerous other improvements (and a new name: “Mills”). Mills is a hugely popular game throughout the world, characterized by the fact it is so easy to
12-02-2016 | IT, New Media & Software
LITE Games GmbH
The LITE Games CrossPromo Program as a free support for indie developers and sta …
Hamburg, 01.12.2016 – Hamburg-based casual games publisher, LITE Games, is launching its CrossPromo program to promote new apps. This will enable indie developers and start-ups on a limited budget to launch their app and gain greater visibility in the app stores. So how does it work? LITE Games GmbH was founded in Hamburg in 2014 and focuses on the development and publishing of “casual classics” for mobile iOS and Android platforms.
03-31-2016 | IT, New Media & Software
LITE Games GmbH
The new chess puzzle app for everyone who loves tricky chess puzzles
LITE Games releases chess puzzle app for iOS and Android. Hamburg, 31 March 2016 – Mobile games publisher LITE Games from Hamburg is releasing a chess puzzle game in cooperation with Germany's leading puzzle creator: Stefan Heine. Historically, chess puzzles go back to the Middle Ages and have been solved by countless chess players around the world since that time. The objective in a chess puzzle is to checkmate the black
03-17-2016 | IT, New Media & Software
LITE Games GmbH
Minesweeper Universe to be released for Android and iOS
The famous Windows game Minesweeper will soon be released in a completely revamped mobile version with adventure mode. Hamburg, 3/17/2016 — LITE Games ports the famous Minesweeper game concept to mobile devices. The tension is palpable in the young adventurer's face. Just one false move could set off the sticks of dynamite. Luckily, through skillful calculation, she knows where the danger lurks. She wins, gathers the valuable treasures, and moves on to

11-02-2020 | Leisure, Entertainment, Miscel …
The World Game
THE WORLD GAME Launches Board Game Version of Educational Geography Game
THE WORLD GAME Launches Board Game Version of Educational Geography Game The World Game team is excited to announce the launch of their new Geography Board Game - The World Game. TWG is a highly interactive educational tabletop game for 2 - 5 players that is easy to learn and fun to play. It is a fast-playing adventure for kids and adults alike. Learning about world countries and becoming a full-on
12-17-2019 | Leisure, Entertainment, Miscel …
APA GAME
APA Game Announces Ocean King 3 plus Fire Unicorn plus Fishing Game Machine for …
Players can enjoy a selection of arcade shooting and fishing games presented by APA Game, which comprises Ocean Ruler 3 plus fire Unicorn plus, Fire unicorn Fishing Game machine. GUANGZHOU, China– For game enthusiasts who are looking for exciting fire unicorn fishing arcade games, then APA Game is a one centre shop for all computer lovers globally. These games are made to provide unmatched fun and energy to each player. The
12-17-2019 | Leisure, Entertainment, Miscel …
APA GAME
APA Game Announces New Game Fishing Machine For Arcade Fishing Game Lovers
APA Game has done it again! They have released a new arcade fishing game, trump fishing 2 game machine, creating a new category of arcade fishing games. These Video games come in a playful click clack tin that has game lovers incredibly hooked! Guangzhou, China– If you are a fan of these exciting fishing arcade games, APA Game has all the video games that you will love and much glued up
09-20-2018 | Business, Economy, Finances, B …
Video Game Music Market Report 2018
Video Game Music Market Report 2018: Segmentation by Type (Stand-Alone Game, On- …
Global Video Game Music market research report provides company profile for Nintendo, Ubisoft, Microsoft, EA, Tencent, NetEase, Activision Blizzard, Sony, Dynamedion, Audio Network Limited, Spotify, Moonwalk Audio and Others. This market study includes data about consumer perspective, comprehensive analysis, statistics, market share, company performances (Stocks), historical analysis 2012 to 2017, market forecast 2018 to 2025 in terms of volume, revenue, YOY growth rate, and CAGR for the year 2018 to
09-18-2018 | IT, New Media & Software
Marketresearchnest
Global Game Engine Market Technology Forecast Types cover 3D Game Engines, 2.5D …
MarketResearchNest.com adds “Analysis Report of Global Game Engine Market (2018 Version)” new report to its research database. The report spread across 81 pages with multiple tables and figures in it. This comprehensive Game Engine Market research report includes a brief on these trends that can help the businesses operating in the industry to understand the market and strategize for their business expansion accordingly. The research report analyzes the market size, industry
05-17-2018 | Media & Telecommunications
ReportsWeb
Game Engines Market by Industry (The Game Creators, Marmalade Tech, Idea Fabrik, …
ReportsWeb.com has announced the addition of the “Game Engines Market”, Reports offering you more creative solutions that combine our deep geographic experience, intimate sector knowledge and clear insights into how to create value in your business. A game engine is a software framework designed for the creation and development of video games. Developers use them to create games for consoles, mobile devices and personal computers. Game engines are tools available for
Comments about openPR
Your portal is fast, simple, and easy to use. Others may have more functions but they also demand more editing time, you have to preformat the text in order to achieve a good result etc. I think openPR is really fantastic!
Andreas Knepper, wallmedien AG