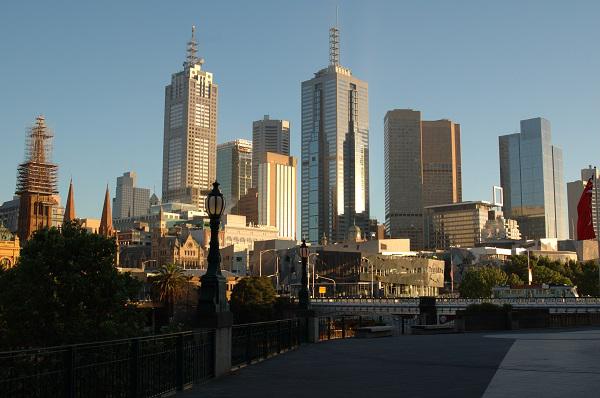 Expected to create more than 100,000 new jobs, the Victorian government has unveiled plans in the 2015 state budget to commit $22 billion towards public infrastructure over the next four years. More than $1.5 billion of this funding is expected be dedicated towards the development of the Melbourne Metro Rail Project, entailing the construction of two nine-kilometre tunnels underneath Melbourne CBD, as well as five new railway stations. The Melbourne Metro Rail Project will foresee the development of Victoria’s very first underground metro rail service, and is expected to increase public transport capacity by an extra 20,000 passengers during peak hour times. Further upgrades to the state’s rail network are expected to include a $2 billion order to purchase and develop 37 high-capacity metro trains, 20 E-Class trains and five new X’Trapolis trains. With growing concerns of Victoria’s rising population as Australia’s fastest growing state by population, urban redevelopment has been gaining traction as a major solution to reducing congestion and increasing quality of life. In September of last year, the Victorian government created Infrastructure Victoria to manage the transformation of Victoria’s urban and commercial landscape, including the development of Victoria’s 30 year infrastructure strategy for the future. The legislative body is tasked to meeting Victoria's immediate and long-term infrastructure needs are identified and prioritised based on objective, transparent analysis and evidence, in conjunction with initiatives such as Plan Melbourne Refresh. Plan Melbourne Refresh is a Victorian government initiative to achieve better governance, planning and regulation within the state, with a focus on climate change, energy efficiency and housing affordability. The Fishermans Bend Redevelopment is one such infrastructure project which forms part of the government’s approach towards reinvigorating underutilised land, aimed at transforming roughly 455 hectares of industrial land. Comparable to the recent Docklands development west of Melbourne CBD, the Fishermans Bend Redevelopment is expected to be home to approximately 80,000 residents and facilitate more than 60,000 jobs. Other major infrastructure developments taking place within Victoria include the Ballarat West Employment Zone, which is expected to create up to 9000 new jobs and inject $5 billion per annum into the Ballarat economy. In discussion of these infrastructure opportunities, the 7th Annual Victorian Major Projects Conference will be taking place at the Melbourne Exhibition and Convention Centre for government and private representatives to review prominent projects within the state. The conference annually attracts more than 250 delegates annually and features more than 20 key speakers across a wide range of industries and sectors. It will cover developments such as the Melbourne Metro Rail Project and the Fishermans Bend Urban Renewal. The two day conference provides highly valuable networking opportunities for project managers, operators, contractors, consultants and investors to learn about the extensive pipeline of projects within the state. The 7th Annual Victorian Major Projects Conference is being held on the 19th & 20th of April at the Melbourne Convention and Exhibition Centre. For more information, visit http://www.viconference.com.auAbout Expotrade Expotrade is a global conference and event organizer with its head office based in Melbourne, Australia. Expotrade has delivered some of the largest, most successful B2B industry conferences and events in the areas of infrastructure, major projects, sustainability, technology & architecture. For almost 10 years, our unique blend of knowledge, experience and flexibility has accomplished an array of consistently top quality events. Today, Expotrade events enjoy such a distinctive edge, they are amongst the best patronised in the calendar.Expotrade Australia Pty LtdSuite 1, Level 1, 2 Brandon Park Drive Wheelers Hill VIC 3150 Australia Tel: +613-95450360 Fax: +613-95450320 Email: info@expotrade.net.au

05-13-2019 | Arts & Culture
Halo Publishing International
Teen Author Victoria R. Maybury Pens Unique Young Adult Novel
Upcoming teen author Victoria R. Maybury was six years old when she found her passion for writing and storytelling. San Antonio, TX, USA, May 10, 2019 -- In the words of Tom Hiddleston, "You never know what's around the corner. It could be everything. Or it could be nothing. You keep putting one foot in front of the other, and then one day you look back, and you've climbed a mountain."
02-15-2017 | Logistics & Transport
Expotrade
Value Capture Looms Large in Victoria
With numerous projects proposed and underway across Victoria, value capture has emerged as an innovative strategy to fund major infrastructure works. As governments explore more efficient ways of funding critical transport works, the value capture mechanism provides innovative opportunities and new challenges for the Australian infrastructure sector. Value capture, a type of public financing that recovers some or all of the value generated by public infrastructure, has sharply risen in popularity
11-22-2016 | Logistics & Transport
Expotrade
Victoria Infrastructure’s 30 Year Strategy for the State
As Melbourne's population is forecast to hit 10 million by the 2050s, infrastructure strategies and innovation come at a crucial time. Collectively, the state will consider infrastructure priorities and necessities in the decades to come. With the release of Victoria Infrastructure’s first ever 30-year infrastructure strategy, the state is set to discuss the draft’s proposed developments and projects before the review of the final strategy in parliament in late 2016.
08-08-2011 | Business, Economy, Finances, B …
Victoria Plumb Ltd
Victoria Plumb Expand Odessa Oak Range
Hull, United Kingdom (1st August, 2011) - Victoria Plumb, a leading UK online luxury retailer of bathroom furniture and accessories, recently expanded the Odessa Oak range which is in addition to the best selling bathroom collection. Victoria Plumb only offers exceptional bathroom furniture which is extremely modern and stylish, and their affordable and competitive prices have made them one of the leading online bathroom suite retailers in the UK. Victoria
06-28-2011 | Business, Economy, Finances, B …
Victoria Plum Ltd
Victoria Plumb Introduces PayPal Payments
Hull, United Kingdom (21 June, 2011) - Victoria Plumb, a leading UK online luxury retailer of bathroom furniture and accessories, announce that from 7th June 2011 they will be introducing PayPal payments on their website. Victoria Plumb is passionate about designer bathroom furniture which can cater to both modern and traditional homes. Victoria Plumb continually strive to provide their customers with the finest bathroom furniture ranges on the market, which
06-27-2011 | Business, Economy, Finances, B …
Victoria Plumb Ltd
Victoria Plumb Featured in PeriodIdeas.com Magazine
Hull, United Kingdom (21 June, 2011) - Victoria Plumb, a leading UK online luxury retailer of bathroom furniture and accessories, recently featured in PeriodIdeas.com magazine July 2011issue. Victoria Plumb is a leading provider of contemporary bathroom furniture which is available in a variety of styles and colours. Whether a customer is looking for bathroom furniture for their traditional or modern home, they are sure to find the finest bathroom suites
Comments about openPR
OpenPR is clearly structured and remains true to its principle of confining itself to the essential parts. OpenPR has proven to be a very good and reliable partner to our media agency: Within the shortest time the releases are online and go down well with the media representatives. The success of OpenPR is reflected in the steadily increasing number of press releases. It is good that OpenPR exists!
Ursula Koslik, Director Marketing & PR, F+W Hamburg