A warning to all nations and micronations 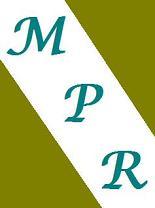 Meritorious Majesties, Esteemed Ministers and Excellencies, Honourable Professionals, The Micronational Professional Registry (MPR), an international and intermicronational professional registry, forewarns all who may be concerned with the security of their personal or official communications that any emails directed to the so-called "Kingdom of EnenKio", and in particular, to a certain Robert F. Moore, are insecure.You are forewarned that the contents of any email or communication directed to the Kingdom of EnenKio, or to Robert F. Moore, are not covered by normal government or diplomatic reserve.On 27 October 2007, the contents of emails sent to Robert F. Moore in response to continued abusive spam messages, messages that in of themselves were already abusive, were forwarded to the White House without any prior permission, and for no logical or rational reason. This is a violation of normal diplomatic reserve, a violation of any provision for "sensitive information", a violation of common organisational confidentiality, a violation of internationally respected client privilege norms and in fact, it is a also a violation of International Copyright (C) Law and of Micronational Professional Registry Print Monopoly (PM) standards as well.Please understand that Robert F. Moore does not seem like a rational person, is clearly vindictive and spiteful, and follows no real government's protocol. Your communications to him or to any official representing the so-called "Kingdom of EnenKio" are not secure.The Micronational Professional Registry (MPR) will treat Robert F. Moore as persona non grata from this day forward, and the so-called "Kingdom of EnenKio" has been placed on the MPR's first list of Certified Terrorist Nations (CTNs).Micronational Professional Registry 11 Press Street South Floral Park, NY 11001 Email: mpr@cyberterra.com URL: http://www.mpror.net Tel: +1 516 354 4495 Fax: +1 516 706 0080 Contact: Most Rev. Dr. Cesidio TalliniThe Micronational Professional Registry (MPR) is a Fourth, Fifth, and Sixth World resource which intends to evolve into an alternative nation Employment Agency and/or Chamber of Commerce. The MPR also issues independent intellectual property instruments such as Print Monopolies, Enterprise Names, Enterprise Marks, and MPR Patents.

10-19-2009 | Associations & Organizations
Micronational Professional Registry
The book, All Religions Are Cults, is now available
The Micronational Professional Registry (MPR) announces that the book, All Religions Are Cults: And What a Few Good Priests, Monks, Rabbis and Mullahs Can Do About It (ISBN10: 1449553559; EAN13: 9781449553555), has been published on 17 October 2009. The author of the book is the Hon Most Rev Dr Cesidio Tallini, President of the MPR, and the book was published by CreateSpace. This book is ecumenical, interreligious, and metareligious in nature. It
06-12-2009 | Politics, Law & Society
Micronational Professional Registry
Micronationalism becomes protoscience
When Cesidio Tallini began theorising about the Fourth, Fifth, and Sixth Worlds, people didn't take his work seriously, including many micronationalists. The academic world was already abandoning the Official World trinity of First, Second, and Third Worlds as some kind of Cold War relict. After a few years, however, many began to accept Tallini's theories as a little more than speculation or convenient convention. Somehow, somewhere, the theories made sense. In reality,
11-30-2007 | Politics, Law & Society
Micronational Professional Registry
The Principality of the Pontinha secedes from Portugal
Prince D. Renato Barros, sovereign of the Principality of the Pontinha (Portuguese: Principado da Pontinha or Principado do Ilhéu da Pontinha), has formally announced the secession of the Principality from Portugal. The Fort of Saint José is the headquarters of the Principality of the Pontinha, self-proclaimed country by Prince D. Renato Barros. The Fort of Saint José is located off the coast of the port of Funchal, capital of the Madeira