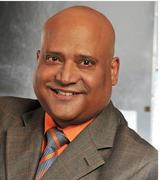 Featured in this week’s press release is MAX Agency Toronto Actor and Talent Frank Vaz.Toronto, ON, November 01, 2014 - Featured in this week’s press release is MAX Agency Toronto Actor and Talent Frank Vaz. I asked Frank to tell us about himself and discovered some very interesting things about this Military Man turned Model/Actor.“I was in the Canadian Military for twenty-two years. I’ve also done a lot of community and technical work, technical meaning engineering work that has helped the community and I won the Governor General’s Award for that. So that’s on the career side. Personally, I’ve done a lot of traveling. I studied Engineering in Alberta and through the Military in addition to in-house training and courses that deal specifically with military tactics. We go through a bunch of different technical courses including Physicals and Marksmen tests to ensure we are maintaining an excellent physical standard. My twenty-two years with the military included twelve years in the United Nations and the remainder was done with Special Forces and Elite Airborne Engineers. Between 1990 and 1995 I was a part of the Prime Minister’s security detail, specifically Jean Chretien, Brian Mulroney and Kim Campbell’s staff team and I accompanied Jean Chretien to Chile, Argentina, Brazil and Mexico.”It is safe to say becoming an actor and a model is something completely new for Frank. I asked Frank how he decided to join MAX Agency.“I was scouted at an event. We were chit chatting with the scout and she asked me if I’ve ever tried modeling? She said, ‘I work for MAX Agency and we’re looking for middle aged men from different ethnic categories. Would that be something you’d like to try?’ A couple of weeks later I got a call, arranged to get my portfolio done and became a part of MAX. It’s been great and I certainly don’t regret it. I know my success will be due to my agent.”Frank is very optimistic about his career in the entertainment industry and it is something he plans to do for the rest of his life. Frank went on to tell us about his last project, “Project drugstore was a print and commercial campaign for Shoppers Drug Mart. The print component was exciting. They had to take several shots and we did many wardrobe changes to get different looks. It was in the Harbourfront area of Toronto. The staff, stylists, production and photography team were great. It was relaxed and I didn’t feel like I was in a print shoot. I got to wear different glasses and ties and I got to smile a lot. There was good chemistry on the set and the overall project turned out really nice.The commercial component required a lot of takes and it was in the early hours of the morning. It was a typical shoot with a lot of lights and a lot of changes with different takes and props and no props. We had thirty-six or some odd outtakes like what you might see on you tube. They fed us and made sure we were hydrated. Everyone was smiling. The commercial director was around us and very concerned making sure we were alright. Everything turned out pretty good.”Frank is very happy with his experience in the industry so far and looks forward to continued success in the business,“I’m very happy with MAX. I feel it’s a part of my family and the Agency that will propel me into the industry. I want more auditions and parts, modeling, videos, different genres and more exposure because I enjoy it so much. More modeling would be nice and if given the right opportunity I think I’m sure I can do them proud. I see myself doing some major roles that will have an impact.”MAX Agency’s Bookers are currently looking for new Talent! If you are interested we highly recommend visiting www.maxagency.com and filling out an Application. Wishing MAX continued success in the industry we’re looking forward to the Fall and future press releases featuring individual talent and projects and finding out more about MAX!Press Release Distributed by Straight Line PR (http://www.Straightlinepr.com) service.Contact: Natalya O MAX Agency 2063 Yonge St. Suite 202 Toronto, Ontario M4S-2A2 416-482-5392 info@maxagency.com http://www.maxagency.com