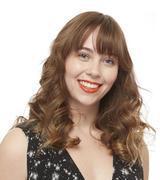 Featured in this week’s press release is MAX Agency model talent Meaghan Ritola.Toronto, ON, October 19, 2014 - Meaghan’s education is centered on Journalism and broadcast television and although she has done some acting she is in the midst of preparing to audition for Acting programs a various schools,“Right now I’m in journalism at Guelph-Humber University. It’s helped me a lot because obviously I wanted to go into broadcast television. It has definitely made me more confident because we get to actually work with the cameras at our school and we get to use the broadcast room. My professors have helped me come out of my shell. Because of MAX it helped me figure out what I really want to do which is acting.”Where would you like to study acting?“I am hoping to get into the acting for film and television program at Humber. It’s a practical program so I’d be taking a whole completely new course. I am also applying to other acting programs.”Meaghan’s enthusiasm for the industry and willingness to do every kind of acting project available to her including unpaid work to build up her reel led me to suggest Randolph Academy which specializes in the triple threat approach of singing, dancing and acting. What experience in the industry have you had so far? “My internship has helped me. I interned with Bell Media at Space Channel and I got to see the production side of things and I got to help out on the show called Innerspace. I got to help out at the MMVA’s which was great! I was also able to help with CTV Upfronts where they have all the stars come in and pitch what their going to do for the next year. I love the show Vampire Diaries and the guy that played Elijah was there and the girl who plays Penelope from Criminal minds was there. So you really get a behind the scenes look” Surprised Meaghan is only twenty-one years old and already graduating she went on to talk about her acting experience so far,“I took acting classes out of high school and I took acting classes at my local community centre and we got to make audition tapes which was really cool. It was similar to the talent workshop we did with MAX Agency Toronto.”With a lot of education and a bit of acting training Meaghan was approached by a MAX Agency Model and Talent Toronto Scout and decided to sign up. How have things been so far and what are your plans for the future?“I’ve just auditioned with MAX so far. I’ve only auditioned. No parts. I’d love to join ACTRA. But for now I’m willing to do unpaid work for experience and basically ready to audition for anything and get some parts. I’m hoping to get some more experience. I have television broadcast experience but I really want to act.”MAX Agency’s Bookers are currently looking for new Talent! If you are interested we highly recommend visiting www.maxagency.com and filling out an Application. Wishing MAX continued success in the industry we’re looking forward to the Fall and future press releases featuring individual talent and projects and finding out more about MAX!Contact: Natalya O MAX Agency 2063 Yonge St. Suite 202 Toronto, Ontario M4S-2A2 416-482-5392 info@maxagency.com http://www.maxagency.com

03-29-2012 | Science & Education
Total Education Solutions
Total Education Solutions Addresses Increased Need for Autism Therapy in Los Ang …
South Pasadena, CA, March 28, 2012—Total Education Solutions (TES), an innovative and quality special education services provider, is expanding its reach throughout Southern California to address the rapidly growing need for autism intervention services and serve as a vital resource, therapy provider, and support system for children with autism, their parents and families, and the community. During the past 20 years, the incidence of autism has increased by an alarming rate:
02-03-2012 | Leisure, Entertainment, Miscel …
Wizard World
Paul Wesley, Jeri Ryan, Scott Bakula, WWE® Superstar Edge® Headline Toronto Co …
A state-of-the-art downtown venue, new dates and fresh celebrity guests mark the third Wizard World Toronto Comic Con, which today announced its standout lineup scheduled to attend the event, April 14-15 at Metro Toronto Convention Centre (MTCC). Popular screen stars Paul Wesley, Jeri Ryan, Scott Bakula and Amy Acker will be joined by WWE® Superstar Edge® and dozens of standout celebs and talented comic book artists and writers at
12-13-2010 | Advertising, Media Consulting, …
Allstate Insurance Company
Allstate and Celebrity Friends "DSGN8 TXTRS" for the Holidays
12/09/2010 - NORTHBROOK, Ill. Allstate kicks off their 10-city "X the TXT: DSGN8 Before You Drive" tour aimed at registering more than 25,000 DSGN8D TXTRs at live events and on Facebook (facebook.com/XtheTXT) this holiday season - one of the deadliest times of the year for teens on the road. Allstate's X the TXT movement launched one year ago to raise awareness about the dangers of texting while driving and save lives. To
10-25-2010 | Business, Economy, Finances, B …
Simple Wave LLC
The California Avocado Festival
Simple Wave, LLC 3266 Arden Rd Hayward, CA 94545 Phone (866) 968-8558 Fax (650) 716-5220 Contact: Jeff Bollengier Phone: (925) 207-4800 http://store.calibowl.com/category_s/21.htm Hayward, CA, Oct 8th 2010: Simple Wave LLC’s is pleased to announce that its revolutionary brand, The CaliBowl™, was a smash hit, once again, at the Annual Avocado Festival in Carpinteria, CA. While in the middle of making another exciting deal with Singapore distributor, The JP Group, and working to introduce a new pet bowl line,
Comments about openPR
OpenPR is clearly structured and remains true to its principle of confining itself to the essential parts. OpenPR has proven to be a very good and reliable partner to our media agency: Within the shortest time the releases are online and go down well with the media representatives. The success of OpenPR is reflected in the steadily increasing number of press releases. It is good that OpenPR exists!
Ursula Koslik, Director Marketing & PR, F+W Hamburg