Mission, an African novel set in Kenya by Philip Spires is now available 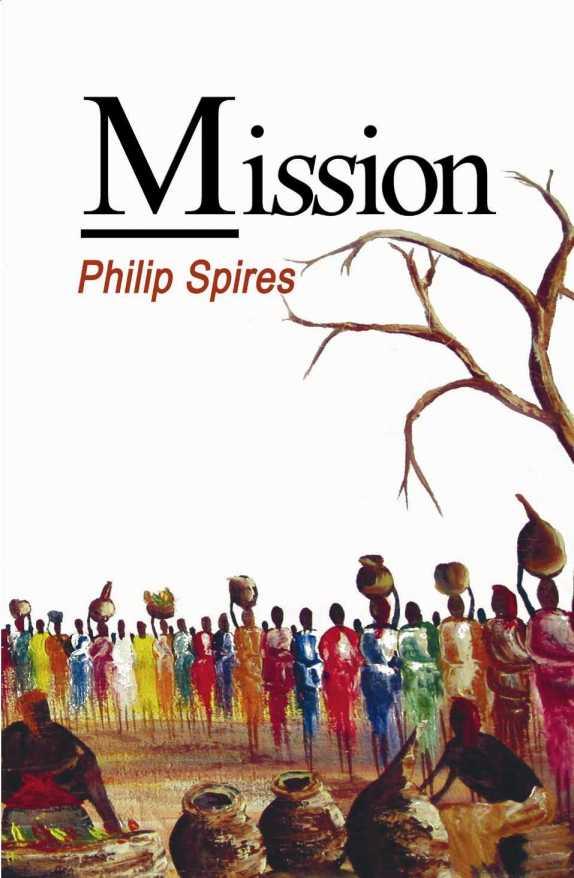 Mission is set in mid-1970s Kenya and is based on Philip’s two years as a volunteer in the country. Five characters, a priest, a politician, a teacher, a school graduate and a retired army officer see a series of events from their own individual perspectives. The central chapter is set thirty years later in London to offer a perspective on how lives change. The novel deals with the concept of identity, seen through filters of poverty, religion, politics and, underpinning everything, an idea of justice, a continuum within which each character is seen to pursue some personal mission.Michael, a missionary priest in Kenya, has just killed Munyasya, a retired army officer. It might have been an accident, but Mulonzya, a politician resentful of the power of foreign churches, tries to exploit the tragedy for his own ends. Boniface, a young church worker, and his wife, Josephine, have just lost their child. They did not make it to the hospital in time, possibly because Michael made a detour to retrieve a letter from the mission, a letter from Janet, a former volunteer teacher who was the priest’s neighbour for two years. It is Munyasya who has the last laugh, however, when he reveals that he was probably in control of events all along. Thirty years on, the same characters find their lives still influenced by his memory.Budget airlines have made travelling far easier in recent years and many of us have enjoyed holidays in exotic places: on safaris in East Africa, trekking through Nepal, cruising the Amazon. However, after putting away the souvenirs and sorting out the snap shots, we often feel that there is something amiss. Yes, the animals are great, the local markets colourful and some of the foods quite exquisite. But do we get to know anything of the local people? We exchange a few words with them, engage in bargaining over prices, and laugh over misunderstandings, but we know nothing of their hopes and aspirations. Sometimes, we may have serious conversations in bars or restaurants with some locals that are fluent in our language or with some expatriates working in the country. Unfortunately, even these conversations may be just stereo-types: the country is utterly corrupted, the government is hopelessly incompetent; the people have not moved from the Middle Ages, etc.Mission, by Philip Spires, offers an armchair exploration of the locals and foreign workers in a poor village in Kenya. Through their stories, we get to know their hopes and aspirations, their dilemmas, the circumstances that force them to act the way they do and, ultimately, their humanity. The book begins with a car accident in which the village drunk, a character nobody liked much, got killed. However, the day of the accident proves to be fateful for the major characters of the book. Like Kurosawa’s movie Rashomon, each of the major characters – a Catholic priest who cares more about the welfare of the people in this life than for their souls in the next life, an earnest young Kenyan who wants to become a Catholic priest, a couple of local entrepreneurs who cleverly exploit the business and political opportunities in Kenya just after it gained independence etc – tells their hopes and ambitions, their circumstances and their dilemmas. The car accident at the beginning of the book turns out to be the denouement for the major characters. The book is only published recently but has been incubated by Philip over many years while he spent time in Kenya, London, Brunei and the United Arab Emirates. While his portrayal of Kenya and London is quite vivid, we also recognise the basic humanity of the characters in the book. It is comforting to know that while we face different circumstances, we are basically the same round the world. This is a message we need to remind ourselves constantly as tribal and sectarian conflicts exploded in recent years. Full details on http://www.philipspires.co.ukLibros International PR Carrer Agro 5 La Nucia Alicante Spain http://www.philipspires.co.ukLibros International, the author's publisher, is based in UK and Spain.

You can edit or delete your press release Mission, an African novel set in Kenya by Philip Spires is now available here

08-19-2008 | Arts & Culture
Libros International
Expatriate British author publishes short stories about life in Spain
Libros International, a publishing company based in the United Kingdom and Spain, is pleased to announce the publication of Poisoned Petals by Andy Crabb. Poisoned Petals is a set of over forty short stories, tales with a Spanish flavour. Most are set in Spain, with many featuring locations and people from within the Costa Blanca, especially around Denia and Javea, where the author lives, works and continually observes. Some are
06-06-2008 | Arts & Culture
Libros International
Libros International publishes Kate Genovese’s book Two Weeks Since My Last Co …
Libros International is pleased to announce the release of Kate Genovese’s book Two Weeks Since My Last Confession, a saga featuring the O’Brien family from Boston, Massachusetts. On the face of things, the O’Briens are an upstanding pillar of the community. John O’Brien is a politician, a senator no less, and a respected and long term incumbent to boot. Marie, Mrs. O’Brien, is a devout Catholic with five children. She
11-30-2007 | Politics, Law & Society
Libros International
God Works For Me Now by Jacqueline Blakeway is published by Libros International
God Works For Me Now by Jacqueline Blakeway is published by Libros International. It’s a book that describes a marriage breakdown and the spiritual responses of the partners involved. God Works For Me Now is Jackie Blakeway’s account of the rapid rise and then slow demise of a relationship. Jackie describes how she fell in love with Jai, the name she attaches to her former husband for the purposes of her
11-30-2007 | Arts & Culture
Libros International
A Bucket of Ashes, a romantic novel by Jill Lanchbery is publised by Libros Inte …
At the heart of A Bucket of Ashes by Jill Lanchbery is an old fashioned love story. Joanna Townsend has it all. She has her own home in a beautiful Sussex village, a successful career as a freelance fashion illustrator, a fourteen year old son who she adores and a gorgeous boyfriend, Tom who wants to marry her. Sally Akinola, mother of four teenage daughters, thinks she has it all too