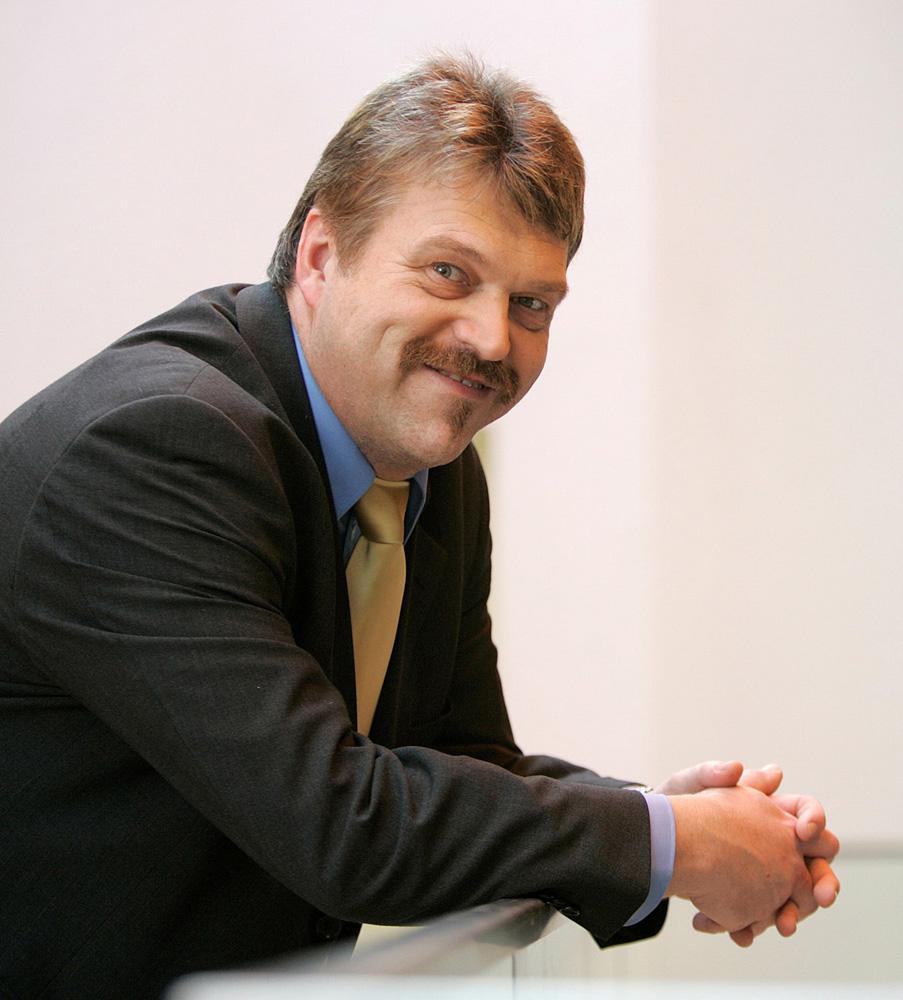 Munich, Dec 13th 2013 - Horst Kinzinger (56), a longstanding manager of Software AG, has been appointed to the advisory board of Munich-based news analytics firm Clueda.“Horst adds enormous expertise to our advisory board as he commands decades of international experience in software development and marketing”, said Volker Stümpflen, CEO of Clueda AG.After a long managerial career at Software AG, Kinzinger joined the board of trustees of the firm's charitable foundation whose chairman he became in June 2013. Trained as mathematician and computer scientist, he provides various IT startup companies with support as business angel.“Volker Stümpflen and his team have come up with a mould-breaking technology in semantic knowledge management and analysis. I am delighted to support this promising young company in its plan to go international”, said Horst Kinzinger.Until now Clueda's advisory board had Prof. Daniel F. Pinnow, one of the most prolific corporate leadership and management experts in the German-speaking world, as a sole member. Clueda won the “Best in Big Data Award 2013”, sponsored by the German IT weekly “Computerwoche”.Further information on Clueda's advisory board members are under www.clueda.com/en/company/advisory-board.Background information: Clueda offers software solutions for the semantic, associative processing and management of knowledge. Spun off from the institute of bioinformatics and systems biology at the elite research institution Helmholtz Zentrum Munich, Clueda ranks among the world leaders in its field. From a tide of non-relevant and often redundant data and information Clueda extracts crucial context in real time. As Clueda's algorithms are built to copy associative knowledge processing in human brains, they turn into learning systems over time. With these tools corporate clients are able to establish reliable opinion trends and sentiments by trawling unstructured data and gain unbiased forecasts on impacts of future events. This helps Clueda's clients to generate valuable knowledge context to support their decision making. Clueda has been founded in 2012 in Munich after a decade of thorough academic research and development work in semantic analysis. It has 20 staff and won the “Best in Big Data Award 2013”, sponsored by Germany's leading IT publication “Computerwoche”.Press queries:Bernhard Michalowski +49 (0)89 – 242 10 41-11 +49 (0)173 – 39 40 542Marion Kurtz +49 (0)89 – 242 10 41-14press@clueda.com

04-04-2014 | IT, New Media & Software
Clueda AG
Martin Szugat to join Clueda as Chief Marketing Technologist
Munich, March 30th 2014 Software manufacturer Clueda is pleased to announce Martin Szugat has joined the Munich-based news analytics specialist as its Chief Marketing Technologist. Szugat, aged 33, will have full responsibility for Clueda’s marketing activities. Liaising between Clueda's product and business development units, he will also help Clueda's customers with implementing their digital strategies – such as the use of intelligent knowledge tools. As a
02-10-2014 | IT, New Media & Software
Clueda AG
Robert Feckl has joined Clueda's advisory board
Munich, Feb 6th 2014 Robert Feckl (54), who holds responsibility as CIO of German bank Baader Bank AG, has joined the advisory board of Munich based semantic search and news analytics company Clueda. “With Robert, a solid software expert joins our firm. His longstanding network in the IT industry will, no doubt, help Clueda strategically”, Clueda CEO and founder Volker Stümpflen said. Since 2001 Feckl has run the information technology systems of
01-23-2014 | IT, New Media & Software
Clueda AG
Horst Eckl to head Business Development and Sales at Clueda
Munich, Jan 20th 2014 - Horst Eckl has joined the management team of Munich-based software firm and news analytics specialist Clueda. A highly qualified software expert, Eckl will hold responsibility for Business Development and Sales. “Horst is a proven distribution specialist who knows the software sector inside out. His thorough expertise will, no doubt, drive Clueda´s position in national and international markets”, Volker Stümpflen, CEO of Clueda AG, commented. Before joining Clueda,

02-22-2019 | IT, New Media & Software
Real-Time Innovations, Inc. (RTI)
RTI: Munich Connext Conference 2019
SUNNYVALE (USA)/London, February, 2019 – Interested in designing smarter and more secure systems that connect the IIoT? Real-Time Innovations (RTI) is bringing its annual EMEA Connext Conference to Munich, Germany (May 21-22, 2019). Users, developers and industry partners learn the latest in technical information and developer experiences in building real-world IIoT systems. The internet has evolved from connecting people to devices, to connecting devices to devices and systems to systems. And
10-24-2018 | IT, New Media & Software
Software & Support Media
DevOpsCon Munich is getting closer!
Modern DevOps does more than just bringing together Devs and Ops. It aims to integrate business and IT across teams and systems. This is the mission of DevOpsCon - the conference for agile processes, microservices, continuous delivery, container and cloud technologies. These topics are essential to the current high-performance IT transformation and that's the reason why DevOpsCon is always a good place for learning and connecting. The conference's robust program
04-29-2015 | IT, New Media & Software
arvato systems
Digital Media Breakfast with Adobe in Munich
How will media succeed in the digital breakthrough? • arvato Systems presents proven solutions for publishers and media companies • IT as a success factor for digital, customer-focused business models (arvato Systems) Gütersloh – Digitalization creates complex, revolutionary requirements for media companies. This also has a significant impact on revenues from traditional channels such as print and TV. At the Digital Media Breakfast by Adobe and arvato Systems in Munich on April 14,
11-13-2013 | Industry, Real Estate & Constr …
HOCHTIEF Projektentwicklung GmbH
HOCHTIEF Projektentwicklung sells smarthouse in Munich
Competo Capital Partners acquires office and commercial building for investor consortium HOCHTIEF Projektentwicklung has sold the smarthouse in Munich to Competo Capital Partners. The real estate company acquired the office and commercial building which was completed in 2012 for the “Competo BestandPlus” investor consortium that it represents. It was agreed that the purchase price would not be disclosed. Around 90 percent of the seven-story smarthouse’s 22,000 square meters are let. Apart from
08-26-2013 | Sports
Munich Marathon
Sightrunning in Munich: Cultural Tour at the MUNICH MARATHON
To discover a metropolis in an active way with running shoes instead of sitting in crowded travel busses is no insider’s tip anymore. If the route not only leads along important sights, but also offers the opportunity to enjoy the view together with many like-minded people, unforgettable moments are guaranteed. On October 13th 2013, the MUNICH MARATHON promises sightrunning on a high cultural level. The course through Bavaria’s capital displays the
05-10-2012 | IT, New Media & Software
MVTec Software GmbH
HALCON 11 Machine Vision Training in Munich
Regarding the launch of the new version 11 of their machine vision software HALCON, MVTec Software GmbH holds an international distributor training in Munich, Germany, from May 07 to 11, 2012. HALCON 11 will be released on June 01, 2012. About 60 distribution engineers from important industrial countries take part in this opening event of the HALCON 11 World Tour (www.halcon-showtime.com). Topics of the training are the comprehensive innovations of HALCON
Comments about openPR
We publish our press releases on openPR.de because we like people who are "open" - just like us.
Frank Obels, CEO, INCONET - Informationssysteme, Communication und Netzwerkberatung GmbH