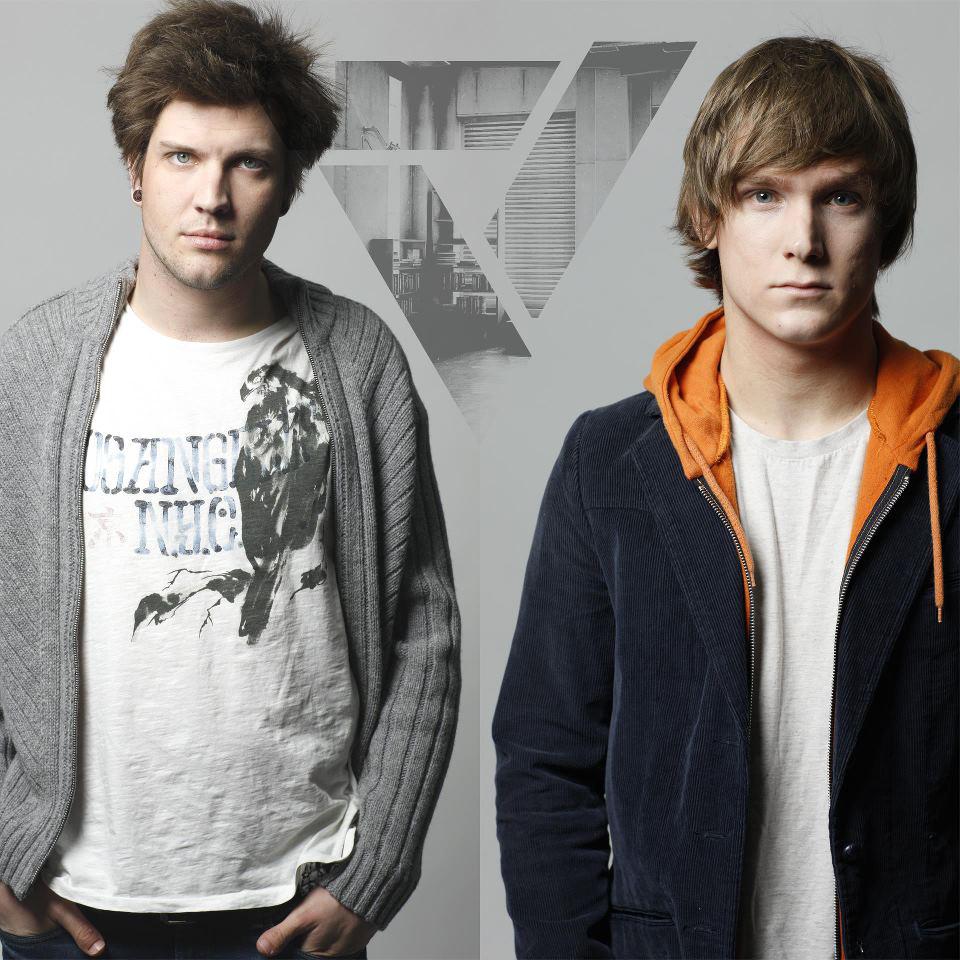 Oct 18, 2013 – Austin, TX – Buzzing Pop/Indie group The Vantage have announced a November 26 release date for their new EP “This Time Now”. This Texas based duo recorded the effort with acclaimed producer Rob Freeman (Hit The Lights, Armor For Sleep) and includes their debut single "On My Way". The track has already garnered massive attention online with over 200,000 plays on SoundCloud and a #2 spot on Billboard’s Next Big Sound Chart.The Vantage posted a lyric video for their track “Something In The Air” this week and will be premiering their music video for “On My Way” in early November.1. Changes 2. On My Way 3. Something In The Air 4. Chasing After You 5. From The Start 6. City I’m Dreaming Of The Vantage Official Website – http://Facebook.com/TheVantageBand Download Press Photo and EP Cover - https://rwbspa.box.com/s/mmkhday8k9y8rz0mdsws Lyric Video for “Something In The Air” - http://youtu.be/TJRhRH0lJes Sitting in a hotel room outside of New York City, founding members James Mason (Vocals) and Jackson Wise (Guitar & Vocals) finished writing what would become The Vantage’s debut single “On My Way.” They had no idea that their anthemic, upbeat track would receive over 200K views on Soundcloud within the first months of release. From that moment on they haven’t looked back, and are anticipating a long road ahead. The duo’s journey did not start off easy considering most of the creative process has taken place while living nearly 1700 miles apart. The two met in 2009 when Jackson was recruited to play in their previous band. It was there that they developed a strong writing relationship. The group disbanded in 2011, but he and Jackson remained friends and continued to share ideas electronically. When the opportunity arose to record some new material with New Jersey-based producer, Rob Freeman, the two decided that they wanted another shot. The Vantage was born.Fast-forward a year and it’s easy to see the gears are beginning to turn. In March of 2013, the band played their first show at SXSW alongside The Dangerous Summer, American Authors, and The Mowgli’s. The duo released their Summer EP on May 28th, 2013. AbsolutePunk.net gave the EP an 8/10 saying, “Mason and Wise have finally recognized their potential and embraced it with The Vantage and Summer, as each track showcases a different skill from the two musicians.” That same week, the group reached the #2 spot on Billboard’s Next Big Sound Fastest Accelerating Artist Chart. On July 23rd, “On My Way” was featured in the ABC Family series premiere of The Vineyard. With no plans of losing the momentum, The Vantage returned to the studio in August 2013 to finish recording their debut album, which they aim to release by the spring of 2014.Bob Bradley is a music and entertainment executive from Los Angeles, CA. He has been involved in over 50 record releases over the past 5 years and has also worked with celebrities, law firms and special events that require quality PR services. His specialty is online press and strategic marketing with online blogs, zines, and tastemaker new media sources.Bob Bradley Entertainment Publicist E – Bob@BobBradley.info P – 714.321.1471 189 N. Stevens St. Orange, CA 92868

01-14-2012 | Arts & Culture
Bob Bradley Publicity
Melora Hardin To Perform This Weekend In Southern California
Los Angeles, CA – January 14, 2012 - Critically acclaimed singer and actress Melora Hardin (The Office / Monk) will be performing live at Whittier College in Whittier, CA this Saturday, Jan 14th. This show and many of her upcoming appearances will be in support of her new CD All The Way To Mars, which will be available through online retailers January 24th. Her performance will be comprised of her original
08-24-2011 | Leisure, Entertainment, Miscel …
Bob Bradley Publicity
St. Andrew Announces New EP No Man’s Land For A September 27, 2011 Release.
Aug 24, 2011 – Los Angeles, CA – Pop/Rock artist St. Andrew recently finished up work on his new EP entitled No Man’s Land with producer Jesse Berent and mixer Brian Paturalski (Britney Spears, Outkast). A digital release date for the EP has been set for September 27, 2011. This 5 song concept EP touches on St. Andrew’s thoughts of religion, sexuality, war and the party culture in modern day
03-17-2011 | Leisure, Entertainment, Miscel …
Bob Bradley Publicity
New Digital Record Label & Music Publisher Gas Can Music Announces Formation And …
Gas Can Music, a newly formed digital record label and music publisher from Southern California has announced its formation and the signing of its first 3 artists. Gas Can recently inked an exclusive distribution deal with INgrooves, which provides sales, marketing and mobile services to over 200 major and indie retail partners worldwide. Gas Can will be releasing new music from a diverse range of rock, alternative and metal artists while
03-01-2011 | Arts & Culture
Bob Bradley Publicity
Aitan Announces Release Date For New EP Top Of The World, Releases New Single No …
Feb 29, 2011 – Los Angeles, CA – Pop / Rock artist Aitan has announced a March 8, 2011 release date for his new studio EP Top Of The World. Aitan worked on Top Of The World with producer Stewart Cararas (Katie Cole, All Time Low, American Idol) in his Los Angeles based studio. The EP shows a mix of his known pop sensibility with a well-crafted arsenal of club

01-18-2021 | Health & Medicine
Vantage Circle
Vantage Circle organizes Virtual Walkathon to promote corporate employee health
Delhi, Thursday, January 15th, 2021: In a bid to contribute to the corporate employee health across the globe, Vantage Circle is hosting a Global Corporate Virtual Walkathon to mark its 10th anniversary under its flagship product Vantage Fit from 30th January-1st March 2021. Covid-19 has led to many challenges and the health of the greater section has been adversely affected. On the occasion, Mr. Anjan Pathak , the CTO and
03-21-2019 | Advertising, Media Consulting, …
Orbis Research
Home Automation and Control Market Is Booming Worldwide | Vantage Controls, Cres …
The Qualitative research study accompanied by ORBIS RESEARCH titled on “Global Home Automation and Control Market describing the Product / Business Scope, Overview and outlook from 2019 to 2025”. In this Research Report provides primary and secondary data for studies, the scope of the product and vendor briefings. The market Study is segmented by key regions which are accelerating the marketization and study is segmented by products type, status, size,
06-29-2018 | Business, Economy, Finances, B …
Apex Market Reports
Global Palm Methyl Ester Derivatives Market 2018 - VVF, Vantage, Timur OleoChemi …
Apex Market Reports, recently published a detailed market research study focused on the “Palm Methyl Ester Derivatives Market” across the global, regional and country level. The report provides 360° analysis of “Palm Methyl Ester Derivatives Market” from view of manufacturers, regions, product types and end industries. The research report analyses and provides the historical data along with current performance of the global PP Pipe industry, and estimates the future trend
09-29-2017 | IT, New Media & Software
QYresearchreports
Global Home Automation System Software Market 2022 Top Players are Seltron, SOMF …
Qyresearchreports include new market research report Global Home Automation System Software Market Size, Status and Forecast 2022 to its huge collection of research reports. The report provides a breakdown of the segments of the Home Automation System Software market to let the readers understand the opportunities and pitfalls present in this market. The Home Automation System Software market can be segmented for various categories such as geographical regions, products, applications, end-use
09-18-2013 | IT, New Media & Software
Minnetonka Audio Software, Inc.
Minnetonka's Audio Expertise Expands Telestream Vantage Ecosystem
Minnetonka Audio develops custom AudioTools Server software connector for Telestream Vantage MINNETONKA, MN — Minnetonka Audio Software, Inc. (MASI), a leader in production software for motion picture, broadcast surround sound and consumer electronics applications, announces today they have integrated a new service for Telestream's Vantage platform, AudioTools Connector for Vantage. Telestream’s AudioTools Connector for Vantage links Telestream Vantage with AudioTools Server (ATS), supporting fundamental loudness control workflows or custom workflows that
11-09-2010 | Advertising, Media Consulting, …
Vantage Communications
Vantage Communications Dominates Green Building PR – Nine Clients at GreenBuil …
San Francisco – November 8, 2010 – Vantage Communications, the leading green building PR firm, is gearing up for Greenbuild 2010 next week. Vantage is working strategically with nine green building companies in preparation for the industry’s largest trade show. “Out of the gate, Vantage got us top coverage,” said Michael Zimmerman, CEO of BuildingIQ. “The team knows the influencers in the space and knows who to call, when. We are
Comments about openPR
OpenPR is clearly structured and remains true to its principle of confining itself to the essential parts. OpenPR has proven to be a very good and reliable partner to our media agency: Within the shortest time the releases are online and go down well with the media representatives. The success of OpenPR is reflected in the steadily increasing number of press releases. It is good that OpenPR exists!
Ursula Koslik, Director Marketing & PR, F+W Hamburg