Aitan Announces Release Date For New EP Top Of The World, Releases New Single Nothing Without You. 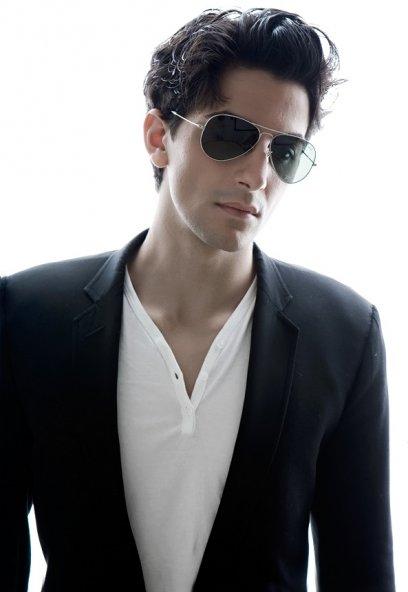 Feb 29, 2011 – Los Angeles, CA – Pop / Rock artist Aitan has announced a March 8, 2011 release date for his new studio EP Top Of The World. Aitan worked on Top Of The World with producer Stewart Cararas (Katie Cole, All Time Low, American Idol) in his Los Angeles based studio. The EP shows a mix of his known pop sensibility with a well-crafted arsenal of club worthy beats and electronic hooks. The official track listing for “Top of the World” is below.1. Top Of The World 2. Nothing Without You 3. All Over You 4. Rock Baby Red 5. HeartacheThe first single from Top Of The World is “Nothing Without You” and can be streamed on his official Facebook and Myspace pages. The track will also be available for purchase this week through online retailers such as iTunes. To build even further awareness for the album EP Aitan has been releasing a bi-weekly web series called “Escape From The Studio”, which has a creative twist on typical behind the scenes studio footage. The third of eight episodes is now online at Aitan’s official YouTube page. http://www.Youtube.com/AitanOfficial“Top Of The World is a hooky, four-on-the-floor song. All Over You has infectious handclaps and a chorus spree that generates excitement…Aitan has a sure grip on the genre and exudes the kind of potential that would lure a crafty producer.” – Music Connection Magazine (March, 2011)Aitan Official Website – Aitan.com Aitan on Facebook – http://www.Facebook.com/AitanMusic Download Press Photo - http://www.box.net/shared/tgqgxzjz4kContacts:Bob Bradley Online Publicity / Marketing Cell: 714.321.1471 Bob@BobBradley.infoLisa Roy Publicist / Manager LisaRoyAudio@mac.comBob Bradley is a music and entertainment executive from Los Angeles, CA. He has been involved in over 50 record releases over the past 4 years and has also worked with celebrities, law firms and special events that require quality PR services. His specialty is online press and strategic marketing with online blogs, zines, and tastemaker new media sources.Bob Bradley Music Marketing and Publicity E – Bob@BobBradley.info P – 714.321.1471 189 N. Stevens St. Orange, CA 92868

You can edit or delete your press release Aitan Announces Release Date For New EP Top Of The World, Releases New Single Nothing Without You. here

10-18-2013 | Arts & Culture
Bob Bradley Publicity
Rising Austin, TX Artist The Vantage Announce New EP Release Date
Oct 18, 2013 – Austin, TX – Buzzing Pop/Indie group The Vantage have announced a November 26 release date for their new EP “This Time Now”. This Texas based duo recorded the effort with acclaimed producer Rob Freeman (Hit The Lights, Armor For Sleep) and includes their debut single "On My Way". The track has already garnered massive attention online with over 200,000 plays on SoundCloud and a #2 spot
01-14-2012 | Arts & Culture
Bob Bradley Publicity
Melora Hardin To Perform This Weekend In Southern California
Los Angeles, CA – January 14, 2012 - Critically acclaimed singer and actress Melora Hardin (The Office / Monk) will be performing live at Whittier College in Whittier, CA this Saturday, Jan 14th. This show and many of her upcoming appearances will be in support of her new CD All The Way To Mars, which will be available through online retailers January 24th. Her performance will be comprised of her original
08-24-2011 | Leisure, Entertainment, Miscel …
Bob Bradley Publicity
St. Andrew Announces New EP No Man’s Land For A September 27, 2011 Release.
Aug 24, 2011 – Los Angeles, CA – Pop/Rock artist St. Andrew recently finished up work on his new EP entitled No Man’s Land with producer Jesse Berent and mixer Brian Paturalski (Britney Spears, Outkast). A digital release date for the EP has been set for September 27, 2011. This 5 song concept EP touches on St. Andrew’s thoughts of religion, sexuality, war and the party culture in modern day
03-17-2011 | Leisure, Entertainment, Miscel …
Bob Bradley Publicity
New Digital Record Label & Music Publisher Gas Can Music Announces Formation And …
Gas Can Music, a newly formed digital record label and music publisher from Southern California has announced its formation and the signing of its first 3 artists. Gas Can recently inked an exclusive distribution deal with INgrooves, which provides sales, marketing and mobile services to over 200 major and indie retail partners worldwide. Gas Can will be releasing new music from a diverse range of rock, alternative and metal artists while

11-24-2016 | Health & Medicine
MarketResearchReports.biz
Gastric Cancer Therapeutics in Asia-Pacific Markets Growth Driven by Increasing …
"The Report Gastric Cancer Therapeutics in Asia-Pacific Markets to 2022 - Growth Driven by Increasing Prevalence and Launch of Targeted Therapies provides information on pricing, market analysis, shares, forecast, and company profiles for key industry participants. - MarketResearchReports.biz" Gastric cancer is characterized by the formation of malignant cells in the inner lining of the stomach and is the fifth-most common cancer globally. There are many types of gastric cancer,
Comments about openPR
We publish our press releases on openPR.de because we like people who are "open" - just like us.
Frank Obels, CEO, INCONET - Informationssysteme, Communication und Netzwerkberatung GmbH