Melora Hardin To Perform This Weekend In Southern California 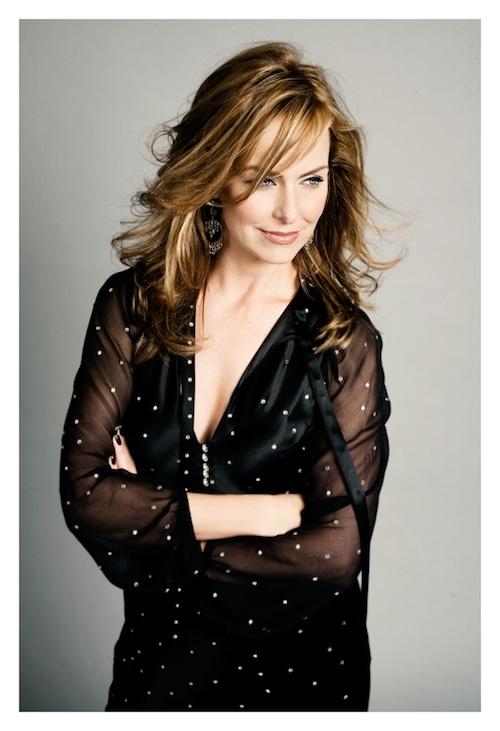 Los Angeles, CA – January 14, 2012 - Critically acclaimed singer and actress Melora Hardin (The Office / Monk) will be performing live at Whittier College in Whittier, CA this Saturday, Jan 14th. This show and many of her upcoming appearances will be in support of her new CD All The Way To Mars, which will be available through online retailers January 24th.Her performance will be comprised of her original cuts, classic Broadway, standards, pop and holiday music. A live show from Melora is not to be missed, her charismatic delivery and broad range of talent leaves audiences in awe with every performance.Melora’s latest album All The Way To Mars will be released digitally on January 24 2012 and will be exclusively streaming on AOL Music’s Full CD Listening Party starting Monday January, 23. Hardin is also currently starring in the new 1 hour TBS comedy series “The Wedding Band,” scheduled to air in June 2012. She will be featured singing some of her original songs that she will be bringing to Whittier College this weekend.Purchase advance tickets - http://shannoncenter.org/jazzcab2.htmWhittier College 6760 Painter Ave Whittier, CA 90608Web - http://www.melora.com/Melora Hardin is probably most recognized for her portrayal of ‘Jan Levinson,’ Steve Carell’s rigid former-corporate boss and love interest on the hit NBC series, “The Office”. In 2008/09 Melora made her Broadway debut starring as Roxie Hart in "Chicago". She also starred as Fantine in the Hollywood Bowl production of Les Miserables with Brian Stokes Mitchell and Lea Michelle.Online Media Contact: Lisa Roy lisaroyaudio@mac.comBob Bradley Bob@BobBradley.infoMELORA HARDIN is perhaps most recognized for her on-going portrayal of ‘Jan Levinson’ on the U.S. version of the hit television series “The Office.” Last season on “The Office” viewers saw and heard her sing a hilarious version of “Son of a Preacher Man” in The Baby Shower episode.Hardin’s impressive career spans a variety of mediums, including numerous television series, films, live concerts and music albums. In 2009, Hardin starred in two high-profile feature films, “17 Again” opposite Zac Efron, and “Hannah Montana: The Movie” both debuting #1 at the box office on back-to-back weekends. Her other big screen credits include: “Thank You for Smoking,” “27 Dresses”, “The Comebacks,” “The Hot Chick,” “Soul Man” and “Absolute Power” with Clint Eastwood & Gene Hackman. Recently, Clint Eastwood personally requested that Melora perform at the Thalians Ball were he was being honored. Hardin just made her directorial debut with the feature film entitled, “YOU,” currently available on DVD and online at Amazon.com, iTunes and youthefilm.com.Melora has been so busy as a working actress since the age of 6 that she only just got around to creating her first singing act in 2008, with the director Richard Jay-Alexander and musical director, Ben Toth. “At The Watercooler,” played for 3 nights to rave reviews in LA at The Catalina Jazz Club on Sunset Blvd. in Hollywood.On stage, she played the lead role of ‘Fantine’ in the August 2008 Hollywood Bowl concert rendition of “Les Misérables,” also directed by Richard Jay-Alexander. She followed that performance by making her Broadway stage debut earlier this year starring as ‘Roxie Hart’ in “CHICAGO.”Writing and performing songs since the age of 8, she has sung in many productions including the Disney feature “The Rocketeer” where she was honored to work with the legendary arranger Billy May. She also played the chanteuse ghost in the Disney TV movie “Tower of Terror” and a crazy cabaret singer in the short-lived series “Man & Machine” where she was produced by Mark Mothersbaugh of Devo fame. Hardin has produced and self-released two albums called “The Meloradrama” and “Purr” both of which have a large cult following. While in production working in New Orleans this year on a new film called, “Knucklehead,” opening wide on November 12th in which she stars, she simultaneously recorded a live album titled, “All the Way to Mars” making this Hardin’s third album.Bob Bradley PR 189 N. Stevens St. Orange, CA 92868 714-321-1471

04-23-2014 | Leisure, Entertainment, Miscel …
Wizard World
WWE® Superstar Big Show® To Attend Wizard World Atlanta Comic Con, Saturday, M …
The inaugural Wizard World Atlanta Comic Con just got a lot “bigger” as The World’s Largest Athlete, WWE Superstar Big Show, will attend Wizard World Atlanta Comic Con on Saturday, May 31, at the Georgia World Congress Center. It will mark the first Wizard World appearance for the 7-foot-tall, 441-pound, larger-than-life WWE Superstar who will sign autographs and pose for photo ops from 12:30-2:45pm and will participate in a Q/A
12-10-2011 | Arts & Culture
Bob Bradley PR
Singer/Actress Melora Hardin Of The Office To Perform In New York City This Week …
Los Angeles, CA – December 9, 2011 - Critically acclaimed singer and actress Melora Hardin (The Office / Monk) will be performing live at Feinstein’s in New York City this weekend (December 11/12th). Her performance will be comprised of her original cuts, classic Broadway, standards, pop and holiday music. A live show from Melora is not to be missed, her charismatic delivery and broad range of talent leaves audiences in
Comments about openPR
OpenPR ist the nicest and most clearly laid out PR platform I have seen to this day. The press releases are displayed very nicely and clearly and without any unnecessary frills. The updates are fast and the finished release looks appealing and is clearly legible. Even with 16 years of experience one discovers new things from time to time. Congratulations!
Gabriele Ketterl, Director Marketing & PR, Menads