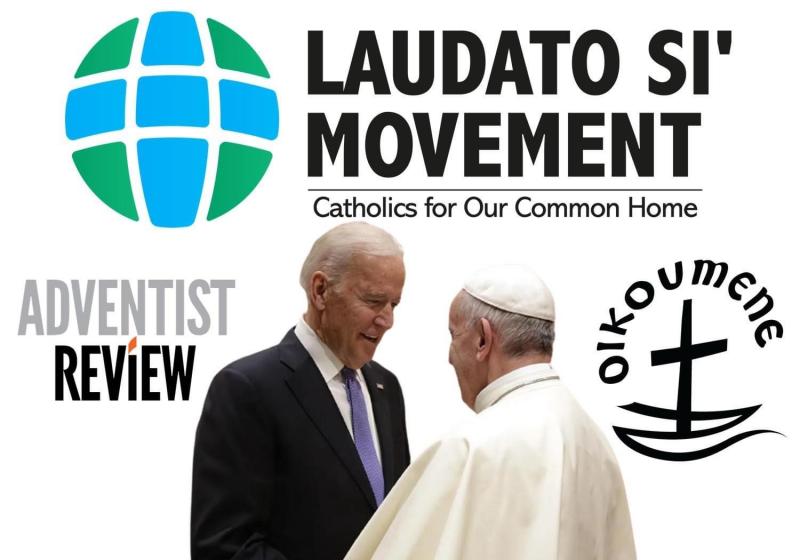 Diogo Cavalcanti is a Seventh-day Adventist pastor, a PhD student, an editor at the Adventist-owned Brazil Publishing House, and an author. He recently published an article in "Revista Adventista", the Seventh-day Adventist's official monthly magazine in Brazil, titled "In the Shadow of the Decree." The Adventist Review republished this article on August 5, 2022, and we will highlight some of the main points. Diogo Cavalcanti expressed:• In the long American Protestant tradition, Sunday is called the "Sabbath" to this day and is kept by devout people. The change from Sabbath to Sunday was an act of the Roman Empire and papal Rome (Dan. 7:25), and the acceptance of Sunday by evangelicals is rightly understood as a sign of subservience to the Church of Rome.• The secular world itself has already assimilated Sunday as a day of rest … Sunday is already an almost universal reality in Christian, especially Western, societies, but Revelation 13 indicates that it will be "anabolized"-inflated by laws that have not yet been enacted to become the mark of the beast.• Sunday's relevance to the Vatican and the secular world -Papal encyclicals, such as Dies Domini (Lord's Day, 1998) and Laudato Si' (Praised Be, 2015), move broadly in the same direction as many evangelical values, adding the rescue of human dignity and care for the environment. They also resonate with demands for a low-carbon future. Some religious lobbyists, trade unions, and social entities are working hard to approve a common day of rest, especially in Europe. A global climate crisis has also led to a cry for less consumption and lowered carbon emissions.• In parallel, dialogue around common values is linked to ecumenism, a process inaugurated by the Roman Church through the Second Vatican Council. Pope Francis recently said that ecumenism is "irreversible," "an essential requirement of the faith we profess." "We are walking together on the path leading to the goal of visible unity," he added.• Washington and the Vatican are major global players that have been cooperating for decades. • Today, the eschatological Babylon is increasing its power, but some in "Israel" are skeptical.• A sound understanding of Bible prophecy leads to a vibrant Christian life-not a skeptical, exaggerated, indifferent, anemic one-but a life fueled by hope.• The passing of days cannot erase the vision. Our eyes must shine again with the hope of prophecy.Over the years, there have been different voices who have expressed contempt for our historic beliefs. Some argue that our prophetic interpretations, as described in the book The Great Controversy, are no longer necessary today. That could not be further from the truth. The exact opposite is true. Our historical teachings are more accurate and relevant today than they have ever been. In fact, as we approach the end of time, our final warning message becomes more spiritually significant. We appreciate what Diogo Cavalcanti wrote, and we pray that God will give others the courage to affirm and proclaim our end-time messages from Revelation 14:6-12 (the Three Angels' Message) as the only solution to our world's problems.Click to read the full story: http://adventmessenger.org/the-adventist-review-published-diogo-cavalcantis-article-affirming-our-historical-beliefs-vatican-us-cooperation-laudato-si-ecumenism-ellen-whites-apocalyptic-role-and-the-coming/Contact: Andy Roman, Publisher Address: Advent Messenger, PO Box 96, Dover, OK 73734 Phone: (888) 299-2119 Website: www.adventmessenger.org Email: adventmessengers@gmail.comAbout: Advent Messenger provides news and commentary on current events, top stories, social trends and political and religious events. For more news visit www.adventmessenger.org

06-23-2022 | Leisure, Entertainment, Miscel …
Advent Messenger
HopeMedia: "The Adventist Church in Solidarity with the Ukrainian Catholic Churc …
Hope Media is the official news agency of the Seventh-day Adventist Church in Italy. A March 15, 2022 headline from HopeMedia reads: "The Adventist Church in Solidarity with the Ukrainian Catholic Church." To stand in solidarity with someone, as in the case of Catholicism, means to be in "unity or agreement of feeling or action, especially among individuals with a common interest." One can certainly express regret for the suffering
11-30-2021 | Leisure, Entertainment, Miscel …
Advent Messenger
Penang Adventist Hospital Wishes you a Happy Deepavali
The celebration of Deepavali is associated with Lord Krishna, a major Hindu god. During the Deepavali festival, which usually lasts about 5 days, worshipers commemorate Lord Krishna’s victory over the cruel demon known as Narakasura. It is said that this demon oppressed the people until the people prayed to Krishna, who responded by killing Narakasura during a battle. Therefore, Deepavali commemorates Krishna defeating Narakasura. Now we have Penang Adventist Hospital,
11-23-2021 | Leisure, Entertainment, Miscel …
Advent Messenger
Adventist Black Awareness Celebration Fails After School Published Photos of Whi …
A Seventh-day Adventist Academy in Tocantins, a state in central Brazil, decided to “honor” November 20, the national day of black awareness in Brazil. Gurupi Adventist College (Academy) posted images on its Facebook page of white students painted in black and wearing wigs. In other words, students came to school dressed in “blackface.” Blackface is when white people paint themselves dark to imitate those of African descent. Blackface is considered
11-01-2021 | Leisure, Entertainment, Miscel …
Advent Messen
Adventist Insubordination Dressed Like a Catholic Procession
“We may have to remain here in this world because of insubordination many more years” (Evangelism, p. 696). We don’t just want to act like insubordinate Rome; we also want to dress like them. On Sabbath, October 23, 2021, the Central States Conference of Seventh-day Adventists ordained Kimberly Bulgin to the gospel ministry. She was ordained into the ministry with full credentials. This is nothing less than insubordination. Here we have
09-26-2021 | Leisure, Entertainment, Miscel …
Advent Messenger
An Adventist Division, a Conference, the Pathfinders, Adventist Academies and Ch …
Arbor Day in South America was celebrated this year on September 21, 2021. On this day people are encouraged to plant trees and participate in educating the public about the importance of sustainable development. It is one of the many days of the year set aside to promote conservation. They also speak out against climate change and the destruction of the environment on Arbor Day. A lot of coordination and
05-19-2021 | Leisure, Entertainment, Miscel …
Advent Messenger
The Seventh-day Adventist Church in Spain has Fully Committed Itself to Laudato …
The Spanish Union of Churches Conference is the headquarters of the Seventh-day Adventist Church in Spain. Its official news magazine is called Revista Adventsita España. Esther Azón, co-editor of Revista Adventista España, recently wrote a short article and provided a link to a 102-page report revealing that Seventh-day Adventist institutions within her union have been participating in government sponsored, ecumenical, climate change initiatives. These initiatives are promoting and implementing the
Comments about openPR
Your portal is fast, simple, and easy to use. Others may have more functions but they also demand more editing time, you have to preformat the text in order to achieve a good result etc. I think openPR is really fantastic!
Andreas Knepper, wallmedien AG