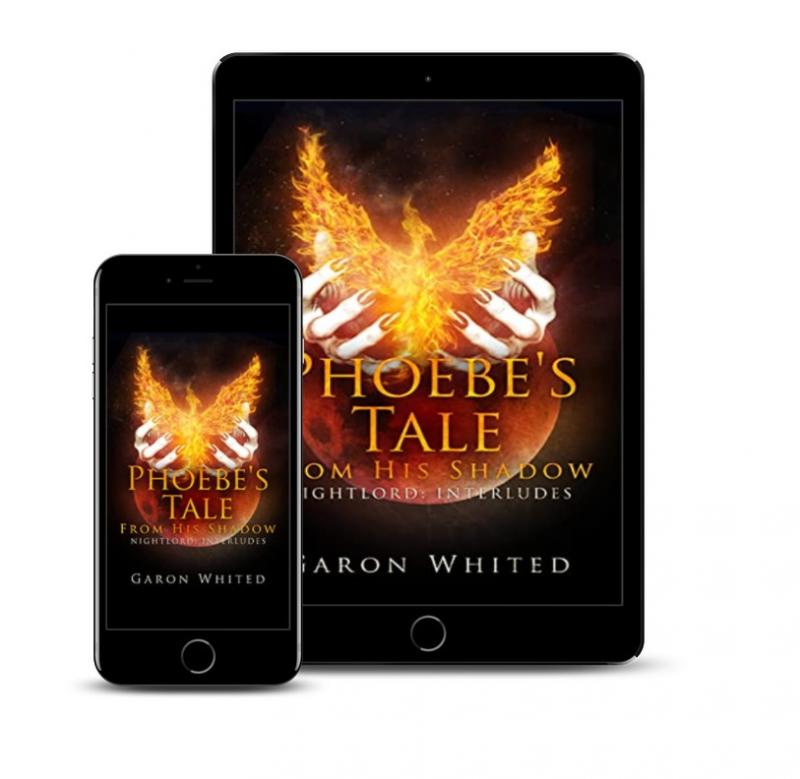 Phoebe's Tale: From His Shadow By Garon Whited

Author Garon Whited Releases New Fantasy Novel - Phoebe's Tale: From His ShadowAuthor Garon Whited is pleased to announce the release of his new urban fantasy novel, Phoebe's Tale: From His Shadow.Her father, a vampire, taught her to be a witch. But she inherited more than his sense of humor and a talent for magic…Phoebe, the soulless child, has been raised by her adoptive father, Eric-the universe-hopping vampire wizard from the future. After all, who better to raise a soulless infant than an undead monster?He did his best to raise her right. He made certain she was well-educated. He picked a reasonably-decent culture for her to grow up in. He trained her in her powers, taught her everything he could, and even broadened her horizons by touring other worlds, other times, other histories-and some futures! He did his best to be a good father and to prepare her for an uncaring universe.Why? Because he knew there always comes a time when a child has to step out of the nest and spread her wings.Some of them fly. Some of them fall.Book Information: Phoebe's Tale: From His Shadow By Garon Whited Publisher: Podium Publishing Release Date: August 2, 2022 ISBN: 9780578289182 Genre: Urban fantasyAbout the Author: Garon Whited claims he was born in Kansas. We think it was in 1969 or 1970; the original birth certificate is suspiciously unavailable and other records do not agree. After following his parents around the South for several years, he finally caught up to them and settled somewhere in Texarkana.Garon attended Texarkana College, the University of Fayetteville, and Texas A&M. While he was in college, he studied many subjects with purely academic success. At present, he lives in the South, so he writes stories in the hope people will help him with his air-conditioning bill. It seems to work. He has written several novels and various short stories and shows no signs of stopping. Having rescued dragons from princesses, played chess with faeries, piloted starships, and plotted the fiery demise of people who drive too slow in the inside lane, he is uniquely qualified to write fantastic fiction. His work tends toward the optimistic: Even his apocalyptic sci-fi novel has a surprisingly feel-good twist.When he's not writing stories, Garon is still telling them. Garon started playing a role-playing games when there still was only one. This may have encouraged him to write by providing material. Garon loves to read, usually science fiction and fantasy. Strangely-perhaps ironically-he is not usually a fan of vampire novels.Contact Information: Website: https://garonwhited.com BookBuzz: https://book-buzz.net/phoebes-tale-from-his-shadow-by-garon-whited/Purchase Links: https://www.amazon.com/gp/product/B0B8BY54H8BookBuzz.net 59 Heritage Way Drive Rome, GA 30165Website: https://book-buzz.net/phoebes-tale-from-his-shadow-by-garon-whited/BookBuzz.net helps indie authors, hybrid authors, and small publishers promote and market their books. They also help with book reviews, publicity, and more. Promote your upcoming release, your new release, your back list titles, your kindle countdown deal, and much more. They offer NetGalley listings, book reviews, BookFunnel promos, and free book giveaways. Let's Create Some Buzz For Your Book!!!

08-08-2022 | Tourism, Cars, Traffic
BookBuzz.net
New Book - Involuntary Reroute by Robert Laney
Robert Laney is pleased to announce the release of his new book, Involuntary Reroute. Most flyers think the most comfortable seats on a plane are the most expensive. Surprisingly, BUSINESS & FIRST CLASS seats are often less than most coach fares. INVOLUNTARY REROUTE tells the story that forever changed the travel industry & what most airlines DON'T want you to know using owner discounts, hidden city ticketing and other forms
08-05-2022 | Arts & Culture
BookBuzz.net
A Chance To Win Amazon Gift Cards - Author Bruce Goldwell Announces Weekly/Month …
Bruce Goldwell, an inspirational writer, calls his fans to participate in drawings for Amazon gift cards. The author has written a number of inspiring self-help and fantasy-adventure books for teens. He is now aiming to return something to his fans by giving away Amazon gift cards through weekly and monthly drawings. Since 2006 Bruce Goldwell has been writing adventure-filled fantasy novels for teens and self-help books. His main motivation to write
08-02-2022 | Arts & Culture
BookBuzz.net
New Dark Fantasy Novel Warded by JB McDonald
JB McDonald is pleased to announce the release of her new dark fantasy novel, Warded. Inhuman. Lethal. Wounded. The odds are against her, but Dalak doesn't care. Her only focus: kill the demon. It came out of the jungle. It decimated the village. Somehow, Jahal escaped. Now he's risking everything to rescue other survivors with the help of the enigmatic warder, Dalak. Survivors don't matter to Dalak. One instinct drives her: kill the
08-01-2022 | Arts & Culture
BookBuzz.net
Megan Lucker Releases New Children's Book - Alligator Boogie
Megan Lucker is pleased to announce the upcoming release of her new children's book, Alligator Boogie. This is the first book in The Chronicles of the Cove series and is scheduled for release on August 20, 2022. Introducing the magical adventures of Jessie, Josie, and Jack as they explore their new island home… Welcome to Book 1 of the Chronicles of the Cove! When the A.C. breaks down in the middle