Tongwei and GCL Are the New Market Leaders 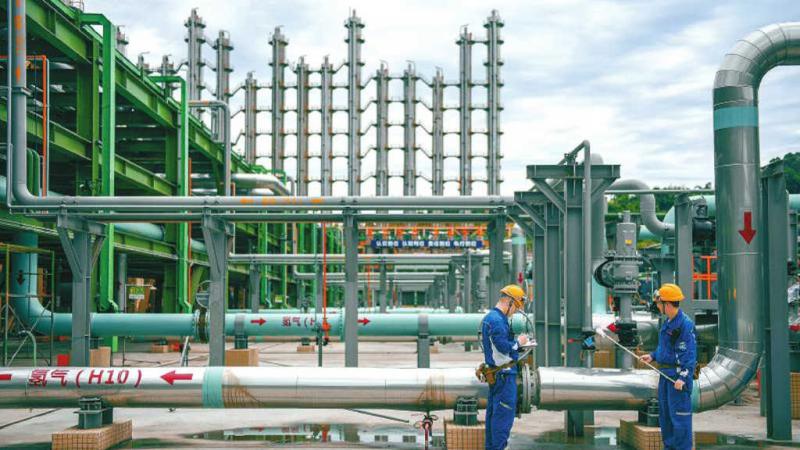 In 2023 the world's top five polysilicon manufacturers will all be based in China - Image: Sichuan Daily

Bernreuter Research warns of China's dominance in the polysilicon industryWürzburg (Germany) - Tongwei and GCL Technology (the freshly renamed GCL-Poly Energy) are the new leading duo in the polysilicon industry, according to Bernreuter Research. The polysilicon market expert has published its latest ranking of the top ten producers on its website today: https://www.bernreuter.com/polysilicon/manufacturers/#the-top-ten-ranking-of-the-world-s-largest-polysilicon-manufacturersAfter Tongwei superseded Germany-based Wacker Chemie as the world's largest polysilicon manufacturer in 2020, GCL ousted Wacker from the second place in 2021. Each of the two Chinese companies exceeded an annual output of 100,000 metric tons (MT) for the first time in 2021, and each will reach a production capacity of 370,000 MT after massive expansion by 2023.Wacker has fallen back to the fourth rank, closely behind China-based Daqo New Energy, which has maintained its third place. "Wacker will take a similar course as former market leader Hemlock Semiconductor did a decade ago," says Johannes Bernreuter, head of Bernreuter Research. "The company is increasingly focusing on expanding its leading position in the electronic-grade polysilicon market for semiconductors; at the same time, it is abandoning more and more market share in the rapidly growing solar-grade sector." Consequently, Wacker will be overtaken by two more Chinese manufacturers, Xinte Energy and East Hope, and slide down to number six by 2023, predicts Bernreuter Research.When U.S.-based Hemlock Semiconductor lost its top position in 2012, China had a share of just 30% in global polysilicon production. By 2021, this share had already risen to 76%, and to even more than 80% in the solar-grade sector. Since a gigantic expansion wave is currently underway in China, the country's share in the global polysilicon output will grow even further: to more than 90%. In wafer, solar cell and module production, the Chinese industry has already reached such or still higher market shares."Russia's invasion of Ukraine has opened the eyes for what it means to be economically dependent on a dictatorial regime. Western governments should not make the same mistake with China," comments Bernreuter. "It is high time to establish non-Chinese solar supply chains. China has demonstrated what the ingredients of success are: low electricity rates for power-hungry polysilicon and ingot production, loan guarantees for private investment, cost-efficient equipment manufacturing and strategic foresight."To help the market better understand all the latest developments in supply, demand and prices, Bernreuter Research will publish a new in-depth market report. If you want to be alerted when the report comes out, sign up for the company's free newsletter: https://www.bernreuter.com/newsletter/Press Contact: Bernreuter Research • Polysilicon Market Reports Lessingstr. 6 • 97072 Würzburg, GermanyYour Contact Partner: Johannes Bernreuter, Company Head Telephone: +49/931/784 77 81 E-mail: info@bernreuter.comAbout Bernreuter ResearchBernreuter Research was founded in 2008 by Johannes Bernreuter, one of the most reputable photovoltaic journalists in Germany, to publish global poly-silicon market reports. As early as 2001, Bernreuter authored his first analysis of an upcoming polysilicon bottleneck and new production processes. Since publishing its first report in 2010, Bernreuter Research has gained a reputation for providing the most comprehensive and accurate polysilicon reports on the market.