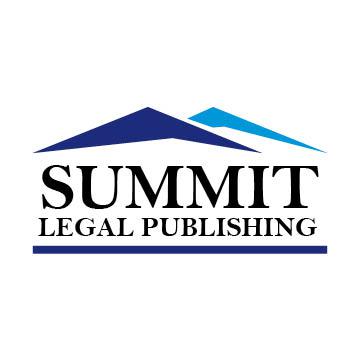 A comprehensive set of rules for practice in the federal courts, including the Federal Rules of Civil, Criminal, Appellate and Bankruptcy Procedure, and the Federal Rules of Evidence, among other rules setsFederal Court Rules 2013 includes the full text of the Federal Rules of Civil, Criminal, Appellate and Bankruptcy Procedure, the Federal Rules of Evidence, Code of Conduct for United States Judges and Published Advisory Opinions, Federal Tort Claims, Garnishment and Subpoena Regulations, Rules of the Foreign Intelligence Surveillance Court and Rules Governing Section 2254 and Section 2255 Cases (Writs of Habeas Corpus). This extensive set of federal rules is current through January 1, 2013. This edition of Federal Court Rules 2013 includes amendments to the Bankruptcy Procedure Rules and the Criminal Procedure Rules which became effective December 1, 2012. Also updated were the Code of Conduct for United States Judges and Advisory Opinions, Federal Tort Claims, Garnishment and Subpoena Regulations. All rules included in this publication have been fully indexed allowing the user to find relevant material quickly and easily. The Bankruptcy Procedure Rules have been separately indexed for ease of use. Federal Court Rules 2013 includes free online access to downloadable, printable, full-sized versions of federal forms, including Bankruptcy, Civil, Criminal and Appellate forms, fee schedules, and miscellaneous attorney forms. Access to Bankruptcy Appellate Panels forms and guides for the First, Sixth, Eighth, Ninth and Tenth Circuits are also available. Official Commentary is included from 2009 to date.Available from Summit Legal Publishing as a high quality, soft cover book, Federal Court Rules 2013 has larger typeface and a single column format making the material easier to read and use. This edition is available for most popular ebook reading devices and in PDF format, all featuring a linked table of contents and navigation pane for quick access to the required content. Federal Court Rules 2013 joins a growing line-up of federal products from Summit Legal Publishing such as Federal Evidence Rules and Federal Bankruptcy Rules.The Editorial Board of Summit Legal Publishing is comprised of five Managing Editors with over 60 years of combined experience in the legal publishing industry. All hold J.D. degrees. Summit Legal Published is based in Akron, Ohio and all work is performed in the United States. Summit Legal Publishing offers affordable, top quality legal materials by taking advantage of modern technology and streamlined business practices.Summit Legal Publishing LLC 265 S. Main Street, Suite 101 Akron, Ohio 44308 (330)217-5358 http://www.summitlegalpublishing.com Please contact Managing Attorney Editor Lori Hlucky at lhlucky@summitlegalpublishing.com or submit your inquiry to public_relations@summitlegalpublishing.com

10-30-2018 | Business, Economy, Finances, B …
Spire Research and Consulting
Breaking gender rules through video-gaming
Computer games have traditionally been developed with men in mind. Sadia Bashir from Pakistan is breaking with this tradition. She is the owner of PixelArt Games Academy and a member of Forbes’ 30 under 30 for Asia 2018. Working towards bridging the gap between industry demand and education by providing training in video game development, Sadia has been in the field since she was 13 years old. Intel is also working towards
11-17-2017 | Business, Economy, Finances, B …
Papilio Services Limited
Proposed changes to Maltese tax rules
The Maltese government has published a bill following the issue of the Budget for 2018. Included in the bill is a number of proposed changes to the Maltese tax rules. Remittance basis of taxation Long-term residents and holders of permanent residence certificates/cards (in terms of the Status of Long-Term Residents (Third Country Nationals) Regulations and the Free Movement of European Union Nationals and their Family Members Order) are no longer able to
08-28-2017 | Business, Economy, Finances, B …
Paradigm Trainers Pvt Ltd
Ground-Rules For Implementing Key Account Management
Key Account Management (KAM): Can I send Salil, my Sales executive, age 23 years for the Key Account Management programs? said Jagdish,,Sales Manager of an engineering company. I had to tell him the following aspects which determines the ground rules for implementing Key Account Management (KAM) Needs a Different Mindset: Successful Companies who have implemented KAM look at it as a Strategic way of doing business and not a sales activity.
12-09-2016 | IT, New Media & Software
ACTICO GmbH
ACTICO Rules DMN support available in 2017
ACTICO Rules support for the Decision Model and Notation (DMN) standard will be available in 2017. Customers benefit from an increased transparency and improved business IT alignment. ACTICO Rules will be fully compatible with DMN standard in version 1.1 In 2017, ACTICO Rules will support the creation, exchange and execution of DMN models. ACTICO Rules will provide a new model type called DMN Decision Model in addition to the existing Flow
09-19-2011 | Politics, Law & Society
Seiger Gfeller Laurie LLP
Jury Rules Against Princess’s Insurance Claim
By CHRISTIAN NOLAN The Estate of Frederick Mali and Lucretia Mali v. Federal Insurance Co.: A federal jury decided that a Russian princess, whose Litchfield County barn burned to the ground six years ago, fabricated numbers when she told her insurance company that the building and all of the antiques inside it were worth nearly $3 million. Because the jury ruled that the woman had misrepresented the value of the barn, which
11-12-2010 | Business, Economy, Finances, B …
Oasis
Highway Code - Rules for cyclists
When learning to drive you must have a full understanding of the Highway Code as it is important not only for the Theory Test and Hazard Perception Test, but also when you are out behind the wheel of a motor vehicle while taking lessons and ultimately your practical test. Rules for cyclists These rules are in addition to those in the following sections, which apply to all vehicles (except the motorway
Comments about openPR
Your portal is fast, simple, and easy to use. Others may have more functions but they also demand more editing time, you have to preformat the text in order to achieve a good result etc. I think openPR is really fantastic!
Andreas Knepper, wallmedien AG