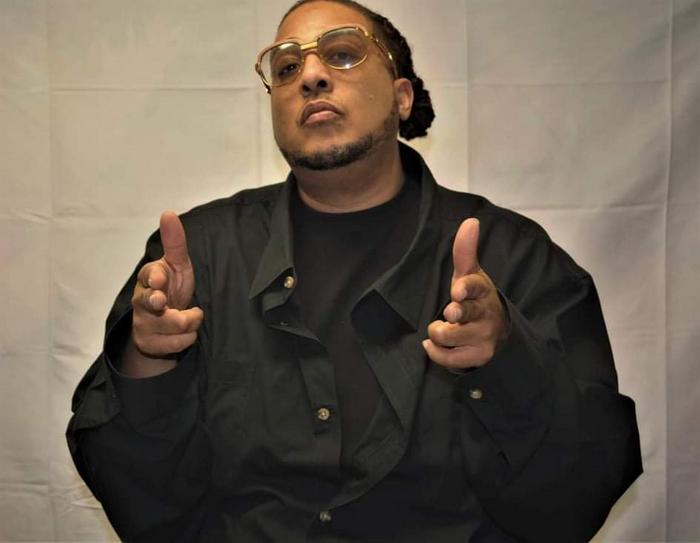 Boss Fetti is a independent recording artist from Columbus, Oh based out of Phoenix, AZ. The songwriter, producer, and rapper has been recording since the late 90s and has been respected as one of the most versatile artist with an incredible work ethic.As a record artist, Boss Fetti has produced over 20 projects. Boss Fetti got his big break in the industry in 2003 when he went on tour with one of Atlantas biggest artist Gucci Mane. Later to tour with The Diplomats, Jim Jones, Juelz Santana, Chamillonaire, Twista, Young Jeezy and Many others.Boss Fetti later relocated to Arizona where he worked with indy legend Trap House and the Black Family as long as West coast rap legend and original member of TRU and No limit Records Chilee Powdah. Eventhough Boss Fetti has been rapping and producing for many years, he still hasn't planned on slowing down.He released 3 projects in 2021 "Relationship Goalz" which was an R&B and Hip-Hop project which he wanted to inspire other artists to create rap music that don't involve killing, gang-violence, and drugs. Later in 2021, Boss Fetti released "Haters Don't Matter" a gangsta rap album which is about how people who try to hold you back when you're trying to be successful in life.The 3rd project was entitled "More Lit than you the best of Boss Fetti Vol 1" a mixtape mixed by Dj Jazzy Beatz of the Fleet Djs which was a collection of unreleased material and some of his most popular songs. Boss Fetti said "I write all my songs" "I can't call a rapper one of the best if he don't write all of his songs. To me, thats cheating. Boss Fetti is currently working on releasing 3 more projects in 2022 and believes he has the sound and the talent to have a more success in the music industry.Instagram.com/bossfettihbm Youtube.com/ohiohoodboy Facebook.com/bossfettihbmhttps://music.apple.com/us/artist/boss-fetti/872718939https://youtu.be/IVTl5WMdv8Ehttps://youtu.be/bzQToivv3u0

01-18-2022 | Arts & Culture
Doulitsa Press Portal
RNBSPEAKZ is all set to launch New Track ‘O Well’ On the 31st of January
The rap artist is best known for his multilingual mixes and for his unique style of music. Date/Place: RNBSPEAKZ is happy to announce the launch of his new track ‘O Well’. The track will be available from 31st January 2022 on all platforms for his followers who love his unique style of music. The track will be master and mix way better qulity that the one in soundcloud now . Followers can
01-11-2022 | Arts & Culture
Doulitsa Press Portal
Music Sensation Miracle Pikin Biography and a Collab with Preston HudmanPreston …
@miraclepikin biography and his collab with Preston Hudman Miracle Pikin is a young Cameroonian singer who hails from the grasslands of Cameroon precisely from Ndop-Ngoketunja in the Northwest region. His genre of music is diverse (Afropop/ Rap) choosen out of passion and with the zeal of creating something unique. Passionate about singing since he was 6 years old. As a normal kid, growing up loving music, he started following many established
01-10-2022 | Arts & Culture
Doulitsa Press Portal
Eugee Hopes to Inspire People to Awaken Their Inner Passion & Rise Above Life’ …
EUGEE is the latest rising talent to come out of New Orleans. Far from the traditional artist, EUGEE is a full-time medical doctor who has served valiantly on the frontlines against the COVID-19 pandemic. She put her music aspirations aside to focus on helping the community, but now, EUGEE is ready to showcase her creative talents to the world. Growing up as a plus-sized Nigerian-American female, EUGEE faced a lot of
01-09-2022 | Business, Economy, Finances, B …
Doulitsa Press Portal
Meet Mehrnoosh Nemat, The First Iranian Female Car Reviewer in The World
This car reviewer from Iran is doing wonders in the International car community Mehrnoosh Nemat is the first Iranian female car reviewer who has set foot in the realms of the car world. Car reviewers have become a very important part of the car community. They are well informed, connected, bring comparisons and reviews which are of great help to car enthusiasts. Mehrnoosh Nemat Before becoming a car reviewer, Mehrnoosh has been as

01-29-2013 | Media & Telecommunications
Rap Indie Report
BOSS REGIMENT HIP HOP IS GOING GLOBAL
BOSSREGIMENT is taking the Hip Hop Industry by storm and plans to take their music global. This extraordinary group of talented artists from Houston, TX has been working the underground rap game for years. They are considered the Uncrowned Kings of the Dirty South. Hard work and dedication has paved the way for BOSSREGIMENT to take their music overseas. They have been getting massive airplay, club spins,
10-13-2011 | Leisure, Entertainment, Miscel …
Blue on Highland
Boss Appreciation Day
WHAT: In celebration of National Boss Day, Blue on Highland located in Needham, MA, is honoring all bosses, by offering guests a free appetizer when they dine with their boss during lunch on Monday, October 17th, 2011. Celebrated annually on October 16th, National Boss Day was founded in 1958 when Patricia Bays Haroski, an employee at State Farm Insurance Company in Deerfield, Illinois, designated it a day to show appreciation
11-13-2008 | Business, Economy, Finances, B …
VEIT Group
HUGO BOSS „Supplier of the Year“
Veit GmbH received the HUGO BOSS award „Supplier of the Year 2008“ – highly renowned in the textiles industry – in Izmir at the end of October. At the festive event with 300 invited guests, General Manager Guenter Veit and the company’s Turkish representative Cahit Tas gladly accepted the trophy. The VEIT Group is a medium-sized company with about 500 employees and has been the market leader in ironing, finishing
04-16-2008 | Arts & Culture
Public Wizard, Inc.
Benisour is the Boss of the Mixtape
N Music recording artist Benisour releases his latest mixtape, “Bosses Only”, hosted & mixed by DJ GQ. Miami, Florida US – April 15, 2008 – N Music recording artist, Benisour continues with his acceptance into industry, penetrating over 20k copies of his latest mixtape, “Bosses Only” into major markets across the US. DJ GQ hosts and mixes a blend of 17 tracks that show Benisour’s versatility and ability to make
03-19-2008 | Business, Economy, Finances, B …
HUGO BOSS AG
HUGO BOSS workplace agreement
HUGO BOSS reaffirms growth strategy with workplace agreement Metzingen, March 19, 2008. To demonstrate their confidence in the Group's future growth, the HUGO BOSS Managing Board and Works Council have sealed a comprehensive workplace agreement with the support of the Supervisory Board. Now that negotiations have been successfully completed, the company is responding to the press coverage of the past few days. "The strategic orientation of the Group
03-12-2008 | Business, Economy, Finances, B …
HUGO BOSS AG
HUGO BOSS proposes dividend increase
Metzingen, March 11, 2008. After a successful close to fiscal 2007 and based on a positive assessment of the Company´s continued performance, the Super­visory and Managing Boards of HUGO BOSS AG have decided to propose to the Annual Shareholders´ Meeting to increase dividends by EUR 0.26 to EUR 1.45 (2006: EUR 1.19) per common share and EUR 1.46 (2006: EUR 1.20) per preferred share. The Supervisory Board also gave consideration
Comments about openPR
Your portal is fast, simple, and easy to use. Others may have more functions but they also demand more editing time, you have to preformat the text in order to achieve a good result etc. I think openPR is really fantastic!
Andreas Knepper, wallmedien AG