One Side Brings a Different Sound 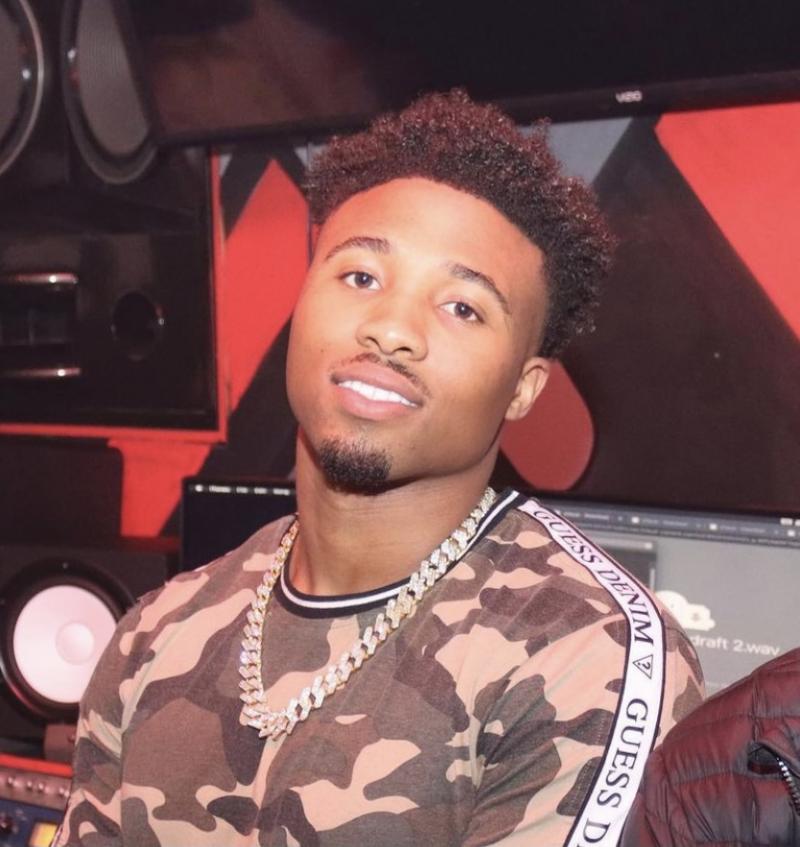 New York City, NY, This young artist has been on the grind for months but has recently been creating a buzz in the industry with his bevvy of new releases. With singles like “Real Diamonds” – which has racked up more than 250,000 views since its release and “Own Plan” – which also has 200,000-plus views – this hot young artist is quickly making a name for himself as one of the top Atlanta artists. With his new single “Boss Up,” he’s ready to burst out of the Atlanta scene and onto the global stage.Made in Def Star Studios owned by notorious producer Dun Deal, “Boss Up” is an upbeat club banger that’s perfect for the summer. The video for the single brings a lot of energy and invites people to join the hot women on the screen as they dance and shake and enjoy the music. It’s a song that, like the title would suggest, lets the world know just how much of a boss he is and how he’s bringing that attention-grabbing energy to the industry in major ways. “There are many levels to this world we’re living in, and this is my point of view of bossing up in the midst of that,” One Side said. “I’m here to show the doubters what you can do once you put your mind to it. Ultimately I want to show people that there’s more than one side of life. You don’t have to fall victim to the circumstances of your life. There’s more than one type of way to live, so don’t settle for less.” More than anything it’s that dedication and work ethic that comes through when listening to One Side’s music. His sound captures a blend of genres, with a vocal tone that is crystal clear and hypnotic. The melodies that he can hit are outstanding, but it’s his lyricism that fans really appreciate. When he’s in the studio, he’s known as an artist who is very particular. He wants every single line to be heard and felt through the hearts of anyone who listens. By speaking on life situations that are relatable to many people throughout the world, he’s able to connect in ways that inspire others to feel alive and know that they’re not alone. One Side said he has plenty of unreleased music in his vault that he plans to share with the world over the next few weeks and months. In addition to “Boss Up,” he said his record “Real Diamonds” is also available across all streaming platforms and has been getting a lot of buzz from blogs and radio stations across the U.S.https://instagram.com/oneside?utm_medium=copy_linkhttps://youtu.be/Vpl1bcG11IITo listen to One Side’s music, or to follow him on social media, please visit the following links: Instagram – @oneside

01-29-2013 | Media & Telecommunications
Rap Indie Report
BOSS REGIMENT HIP HOP IS GOING GLOBAL
BOSSREGIMENT is taking the Hip Hop Industry by storm and plans to take their music global. This extraordinary group of talented artists from Houston, TX has been working the underground rap game for years. They are considered the Uncrowned Kings of the Dirty South. Hard work and dedication has paved the way for BOSSREGIMENT to take their music overseas. They have been getting massive airplay, club spins,
10-13-2011 | Leisure, Entertainment, Miscel …
Blue on Highland
Boss Appreciation Day
WHAT: In celebration of National Boss Day, Blue on Highland located in Needham, MA, is honoring all bosses, by offering guests a free appetizer when they dine with their boss during lunch on Monday, October 17th, 2011. Celebrated annually on October 16th, National Boss Day was founded in 1958 when Patricia Bays Haroski, an employee at State Farm Insurance Company in Deerfield, Illinois, designated it a day to show appreciation
11-13-2008 | Business, Economy, Finances, B …
VEIT Group
HUGO BOSS „Supplier of the Year“
Veit GmbH received the HUGO BOSS award „Supplier of the Year 2008“ – highly renowned in the textiles industry – in Izmir at the end of October. At the festive event with 300 invited guests, General Manager Guenter Veit and the company’s Turkish representative Cahit Tas gladly accepted the trophy. The VEIT Group is a medium-sized company with about 500 employees and has been the market leader in ironing, finishing
04-16-2008 | Arts & Culture
Public Wizard, Inc.
Benisour is the Boss of the Mixtape
N Music recording artist Benisour releases his latest mixtape, “Bosses Only”, hosted & mixed by DJ GQ. Miami, Florida US – April 15, 2008 – N Music recording artist, Benisour continues with his acceptance into industry, penetrating over 20k copies of his latest mixtape, “Bosses Only” into major markets across the US. DJ GQ hosts and mixes a blend of 17 tracks that show Benisour’s versatility and ability to make
03-19-2008 | Business, Economy, Finances, B …
HUGO BOSS AG
HUGO BOSS workplace agreement
HUGO BOSS reaffirms growth strategy with workplace agreement Metzingen, March 19, 2008. To demonstrate their confidence in the Group's future growth, the HUGO BOSS Managing Board and Works Council have sealed a comprehensive workplace agreement with the support of the Supervisory Board. Now that negotiations have been successfully completed, the company is responding to the press coverage of the past few days. "The strategic orientation of the Group
03-12-2008 | Business, Economy, Finances, B …
HUGO BOSS AG
HUGO BOSS proposes dividend increase
Metzingen, March 11, 2008. After a successful close to fiscal 2007 and based on a positive assessment of the Company´s continued performance, the Super­visory and Managing Boards of HUGO BOSS AG have decided to propose to the Annual Shareholders´ Meeting to increase dividends by EUR 0.26 to EUR 1.45 (2006: EUR 1.19) per common share and EUR 1.46 (2006: EUR 1.20) per preferred share. The Supervisory Board also gave consideration
Comments about openPR
OpenPR is clearly structured and remains true to its principle of confining itself to the essential parts. OpenPR has proven to be a very good and reliable partner to our media agency: Within the shortest time the releases are online and go down well with the media representatives. The success of OpenPR is reflected in the steadily increasing number of press releases. It is good that OpenPR exists!
Ursula Koslik, Director Marketing & PR, F+W Hamburg