The dates have been set: The next Cleanzone will be taking place on 22 and 23 October 2013 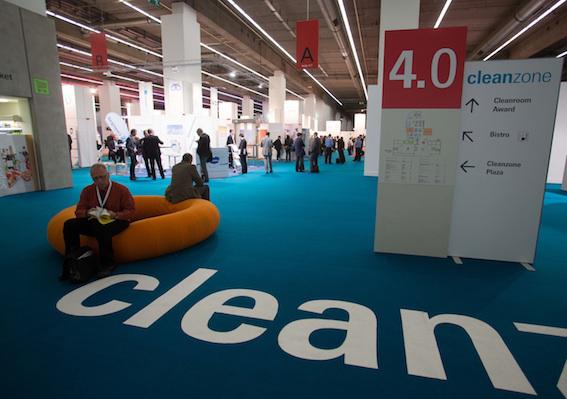 The next Cleanzone will be taking place on 22 and 23 October 2013, as Messe Frankfurt has decided to keep the new trade fair and congress for cleanroom technology in its popular autumn slot. Klaus Reinke, member of the Executive Board of Messe Frankfurt Exhibition GmbH responsible for new trade fairs: “The industry has made it clear that October is the perfect time for this international specialist event. We are pleased that there is such agreement on this matter and will continue working to make Cleanzone even better.” Messe Frankfurt welcomed 600 participants from 13 countries to Cleanzone’s debut in October 2012, and it intends to target international growth in the trade fair's second year while adding new and current topics to the congress's agenda. Highlights such as the free Cleanzone Plaza presentation area and evening get-together for exhibitors and visitors are expected to once again be part of the event. Klaus Reinke: “Preparations are already in full swing. We had very little time in which to market the first event in 2012, but we will be making good use of the time available before October 2013 and deploying our Group's international reach for next year's Cleanzone.” Messe Frankfurt is Germany's largest trade fair organiser, with a global network of 28 subsidiaries and some 50 international Sales Partners, giving it a presence in more than 150 countries.Post-show report: Exhibitors intend to return The first Cleanzone received top marks from everyone involved, and the just-published post-show report underscores the tremendous potential of this new event. 89 percent of visitors and 84 percent of exhibitors were “satisfied” or “very satisfied” with its October 2012 debut, while 96 percent of respondents said that they would recommend Cleanzone participation to other companies. Even before the event had finished, 60 percent of exhibitors had already decided to return for Cleanzone 2013. One of the reasons for this positive feedback was the event's extremely high visitor quality, something that was emphasised by many exhibitors. The results of the trade fair survey showed that their impressions were correct, with 46 percent of visitors coming from top management and 88 percent of attendants having an influence on purchasing and procurement decisions in their companies.The 2012 post-show report is now available online at: www.cleanzone.messefrankfurt.comBackground information on Messe Frankfurt Messe Frankfurt is Germany’s leading trade fair organiser, with 538* million euros in sales and 1,891* employees worldwide. The Messe Frankfurt Group has a global network of 28 subsidiaries and approx. 50 international Sales Partners, giving it a presence for its customers in more than 150 countries. Events “made by Messe Frankfurt” take place at more than 30 locations around the globe. In 2012, Messe Frankfurt organised 109 trade fairs, of which more than half took place outside Germany. Messe Frankfurt’s exhibition grounds, featuring 578,000 square metres, are currently home to ten exhibition halls and an adjacent Congress Center. The company is publicly owned, with the City of Frankfurt holding 60 percent and the State of Hesse 40 percent. * Preliminary figures (2012)Kerstin Männer Presse.Text.Konzept on behalf of Messe Frankfurt Exhibition GmbH Cleanzone Ludwig-Erhard-Anlage 1 60327 FrankfurtE-Mail: kerstin.maenner@messefrankfurt.com

You can edit or delete your press release The dates have been set: The next Cleanzone will be taking place on 22 and 23 October 2013 here