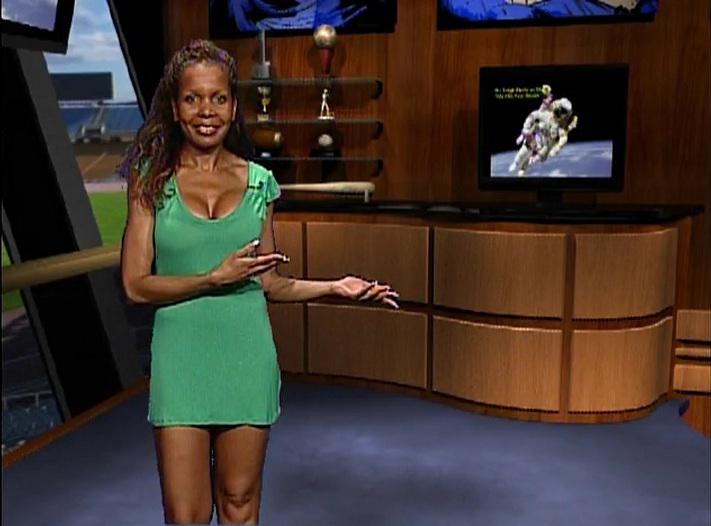 While "Frontline" and other investigative TV shows are questioning whether there is global warming, the TV show "Profiles in Philanthropy" is promoting going green with a vengeance.The TV show "Profiles in Philanthropy" hosted by Dr. Leigh-Davis, introduces viewers to how they can help communities and others less fortunate than themselves. A slight twist is taking place on the newest episode, in that "Profiles in Philanthropy" is introducing viewers to how they can help the world, by going green. Everything from solar panel installation, to composting, to growing one's own vegetables will be touched on. Additionally, there will be "how to" instructions, as well as, listings of resources and direction on how to find more information on the topics presented."Profiles in Philanthropy" has been a hit from day one. Although focused on philanthropy, it is a very entertaining show that shows big name celebrities doing volunteer work and gives updates on who is who among celebrity spokespeople. A staple of the show, are PSAs (public service announcements) featuring the biggest celebrities (Justin Bieber, Lady Gaga,) which often air for the first time on "Profiles in Philanthropy." While promoting charitable endeavors, the show always has an entertaining soundtrack and usually licenses hit songs from the moment. "It is like the 'Entertainment Tonight' of TV-documentary shows," described Mike Winters, who works for a global TV syndicator.The television show "Profiles in Philanthropy” hosted by Dr. Leigh-Davis, has been regularly airing on Blip TV and iTunes. "Profiles in Philanthropy" is presented in an entertaining manner, designed to: 1) Make the public aware of philanthropic endeavors; 2) Encourage volunteerism; 3) Provide information to people in need; and 4) Motivate the public to engage in philanthropic activities. Dr. Leigh-Davis, a former entertainment attorney in the music industry, also hosts the news magazine show, entitled “The Legal Analyst,” which airs bi-weekly in syndication, worldwide. “The Legal Analyst” focuses on breaking news in the United States and the United Kingdom. Both “The Legal Analyst with Dr. Leigh-Davis” and “Profiles in Philanthropy” are S.A.G./A.F.T.R.A. (Screen Actors Guild / American Federation of Television and Radio Artists) signatory television shows. Dr. Leigh-Davis is represented by David Brunner of DB & Associates. Dr. Leigh-Davis is editor-in-chief of “Confidence Magazine.” She is a creative with an analytical mind, who is an award winning problem solver & producer of tantalizing media content. Specifically, Dr. Leigh-Davis is a retired attorney, anthropologist, and popular TV & media personality, who regularly appears as a legal analyst and legal correspondent on NBC news, CNN and Fox news. She is also the former host of the Court TV television show, “The Court is in Session.” Dr. Leigh-Davis’ recent book, “Quotes from the 1960's: Sex, Love and Rock & Roll,” is now available on Amazon. More information about Dr. Leigh-Davis’ television, writing and radio projects, can be found on Dr. Leigh-Davis’ official website. “Profiles in Philanthropy” is available on iTunes.Creative Endeavors is a multimedia entertainment company handling ALL CONTENT in, or related to, the entertainment business. Creative Endeavors functions both in front of the camera, and behind the scenes, with its roots in television. Creative Endeavors was originally formed to harness the power of television and offer adults compelling programming – including real-life stories. In all creative markets, from television to books, Creative Endeavors engages viewers with smart, provocative and timely programming – stories that no one else is telling in ways that no one else is telling them. Creative Endeavor’s programming shines a light where others won’t dare and boldly explores important subjects – opening minds, sparking conversations and forming deep connections with its audience. Its audience is comprised of affluent, curious, social and connected adults who crave entertaining, enlightening, witty and informative programming. Creative Endeavors operates globally and has locations in the U.S. and the UK.Creative Endeavors 33 Albemarle Street Mayfair London, England W1S 4BP Contact: Jane Daniels 0844 232 6130 jane@DrLeigh-Davis.co.uk

04-10-2020 | Advertising, Media Consulting, …
QYResearch Inc.
Photoinitiators Market Company Profiles, Financial Perspective 2026
" Photoinitiators Market Trends, Size, Shares, Growth, Top Companies, Development, Application, Importance, Overview with Detailed Analysis, Production, Supply, Revenue, Regional Outlook, Status, Competitive Landscape, Future Forecast, Type and End-User, Opportunity, Demand, Historical Data, Business Insights, Research Methodology and many more... Due to the pandemic, we have included a special section on the Impact of COVID 19 on the Photoinitiators Market which would mention How the Covid-19 is Affecting the Photoinitiators Industry, Market
02-21-2019 | Business, Economy, Finances, B …
Fact.MR
Analytical Gel Permeation Chromatography Market Company Profiles Analysis by 202 …
Analytical Gel Permeation Chromatography is also known as Gel filtration chromatography. Analytical Gel Permeation Chromatography is a form of Liquid Chromatography. When Biomolecules are purified via chromatography techniques that separate them according to the difference in their specific properties such as size, charge, hydrophobicity, isoelectric point, and chemical specificity. Analytical gel permeation chromatography is the type of size exclusion chromatography. Analytical Gel Permeation Chromatography helps in protein fractionation, purification, molecular
01-21-2019 | Health & Medicine
QYResearch, Inc.
Medical Nebulizer Market Company Profiles, Financial Perspective 2025
The global Medical Nebulizer market is broadly analyzed in this report that sheds light on critical aspects such as the vendor landscape, competitive strategies, market dynamics, and regional analysis. The report helps readers to clearly understand the current and future status of the global Medical Nebulizer market. The research study comes out as a compilation of useful guidelines for players to secure a position of strength in the global Medical
05-15-2017 | Business, Economy, Finances, B …
StartupFlux
Introducing Company Profiles
Introducing ‘Company Profiles’. Company profiles is part of our Business Solutions for Startups. Company profiles allow you to search companies that you are interested in and get latest industry news. You can explore a high-level summary of the company including information like industry, team size, website, social, blog, RSS links and more. You get access to their internet and social media growth stats with our proprietary growth score to assess the companies progress. By
07-22-2016 | Advertising, Media Consulting, …
quintly
Biggest profiles lose interactions on Twitter
The social media analytics provider quintly published a Twitter study analyzing 30,000 Twitter profiles during the first half of 2016. The analytics company reveals changes that are relevant for businesses which market on the micro-blogging service. While interactions for the biggest profiles analyzed dropped by 58% comparing H1 of 2015 with the present year, smaller profiles tend to receive more interactions than they used to. "The different aspects analyzed such as
06-07-2016 | Industry, Real Estate & Constr …
Viraj Profiles Ltd
Viraj Profiles Ltd - investing in excellence
Viraj Profiles Ltd: investing in excellence Viraj Profiles Ltd. is one of the largest manufacturers and exporters of stainless steel engineering products in India, manufacturing over 50,000 items across various product verticals. This variety enables the company to operate as one-stop solution provider for stainless steel engineering products. With over 90 approvals and certifications across various global norms, the company has a keen focus on quality and supplies to some
Comments about openPR
I can't but agree to the positive statements about your portal: easy to use, clear layout, very good search function, and quick editing!
Jens O'Brien, Borgmeier Media Communication