Dr. Leigh-Davis Wants to Bring Back Rock and Music Before iTunes 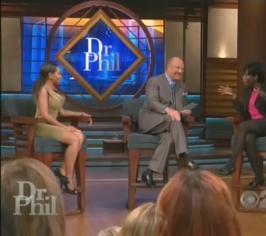 Dr. Leigh-Davis’ documentary feature film, “Suicide Pro,” just came out on DVD, but without haste, she is rushing to complete filming on the documentary “Let’s Rock,” with some really big names.Long before iTunes, there were musical artists that paved the way, and are the inspiration, for many of the singers kids are downloading on iTunes. Even though it took a long time to make The Rock and Roll Hall of Fame and Museum the landmark it is today; the universal language of music is most deserving of this mausoleum and the preservation advocates that run it.After finishing the promotional tour for the DVD of her feature length documentary, “Suicide Pro,” Dr. Leigh-Davis is returning to her first love: music. Filming is almost complete on the feature film documentary “Let’s Rock.” This music documentary, or rockumentary, is full of music and covers the history of The Rock and Roll Hall of Fame and Museum, showing how it came to be.Notably, “Let’s Rock” is jammed packed with celebrities and internationally known musicians, including The Rolling Stones, Aretha Franklin, Eric Clapton, and so many more. It even has the voices of famous artists reading from letters and other writing of theirs. For the posthumous readings of letters by Elvis, Jerry Lee Lewis, and others; actor Jimmy McNichol does spot on impressions. For those who have always wished to be at a Rock and Roll Hall of Fame induction; the wish has come true. In addition to the history of The Rock and Roll Hall of Fame and Museum, “Let’s Rock” is full of footage taken at actual induction ceremonies. (Which ceremonies, still remain a prerelease secret,) but it has been reported, it is a vast range of genres with footage even the museum curators had forgotten about.Indeed, “Let’s Rock” has a soundtrack filled with decades of the best music ever, but its interesting background story on the trials and tribulations of finally getting the landmark built, is what one remembers most. This back-story is so suspenseful and drama filled with cliffhangers, it is entertainment at its best, with a twist of history. In addition to narrating “Let’s Rock,” Dr. Leigh-Davis is the executive producer and director. Dr. Leigh-Davis is a creative with an analytical mind, who is an award winning problem solver & producer of tantalizing media content. Specifically, Dr. Leigh-Davis is a retired attorney, anthropologist, and popular TV & media personality, who regularly appears as a legal analyst and legal correspondent on NBC news, CNN and Fox news. She is also the former host of the Court TV television show, “The Court is in Session.” Dr. Leigh-Davis’ recent book, “Quotes from the 1960's: Sex, Love and Rock & Roll,” is now available on Amazon. More information about Dr. Leigh-Davis’ television, writing and radio projects, can be found on Dr. Leigh-Davis’ official website.Creative Endeavors is a multimedia entertainment company handling ALL CONTENT in, or related to, the entertainment business. Creative Endeavors functions both in front of the camera, and behind the scenes, with its roots in television. Creative Endeavors was originally formed to harness the power of television and offer adults compelling programming – including real-life stories. In all creative markets, from television to books, Creative Endeavors engages viewers with smart, provocative and timely programming – stories that no one else is telling in ways that no one else is telling them. Creative Endeavor’s programming shines a light where others won’t dare and boldly explores important subjects – opening minds, sparking conversations and forming deep connections with its audience. Its audience is comprised of affluent, curious, social and connected adults who crave entertaining, enlightening, witty and informative programming. Creative Endeavors operates globally and has locations in the U.S. and the UK.Creative Endeavors 33 Albemarle Street Mayfair London, England W1S 4BP Contact: Jane Daniels 0844 232 6130 jane@DrLeigh-Davis.co.uk

You can edit or delete your press release Dr. Leigh-Davis Wants to Bring Back Rock and Music Before iTunes here

10-26-2012 | Associations & Organizations
Creative Endeavors for Dr. Leigh-Davis
Profiles in Philanthropy Goes Green
While "Frontline" and other investigative TV shows are questioning whether there is global warming, the TV show "Profiles in Philanthropy" is promoting going green with a vengeance. The TV show "Profiles in Philanthropy" hosted by Dr. Leigh-Davis, introduces viewers to how they can help communities and others less fortunate than themselves. A slight twist is taking place on the newest episode, in that "Profiles in Philanthropy" is introducing viewers to how
10-26-2012 | Media & Telecommunications
Creative Endeavors for Dr. Leigh-Davis
Confidence Magazine is Back with Lindsay Lohan and More
This weekend, Dr. Leigh-Davis unveiled the new and improved "Confidence Magazine" with Lindsay Lohan on the cover. There has been much anticipation for the return of "Confidence Magazine," which was put on hold amidst ownership changes and a fight for control of the helm. Following the delay, a new editorial staff and mission statement was unveiled. New editor-in-chief Dr. Leigh-Davis weighed in, “‘Confidence Magazine’ continues to be the magazine for ‘men
10-16-2012 | Fashion, Lifestyle, Trends
Creative Endeavors for Dr. Leigh-Davis
Dr. Leigh-Davis Joins Buddhist Monks in Blessing Truly Blessed Jewelry
Starting at $4.99, Truly Blessed Jewelry & Dr. Leigh-Davis want everyone to feel like a million dollars ($1,000,000.00,) for less than 1 week’s worth of coffee; all with the blessings of Buddhist Monks. Since its recent acquiring by a multimedia conglomerate, Truly Blessed Jewelry has grown exponentially. With this growth comes new innovations and products; one of the innovations being the naming of a spokesperson, and not just any spokesperson. Truly
06-18-2012 | Leisure, Entertainment, Miscel …
Creative Endeavors for Dr. Leigh-Davis
Dr. Leigh-Davis Votes Scott Disick for the Nobel Prize
“The Real Deal” radio show, hosted by Dr. Leigh-Davis, continues its special Reality TV series, with an upcoming episode on the future of Reality TV as we know it, and a digression on Scott Disick’s role in the Kardashian family. Although “The Real Deal, hosted by Dr. Leigh-Davis” radio show, is known for its in depth exposés on people like Christopher Hitchens, and its music shows; by popular demand, a series